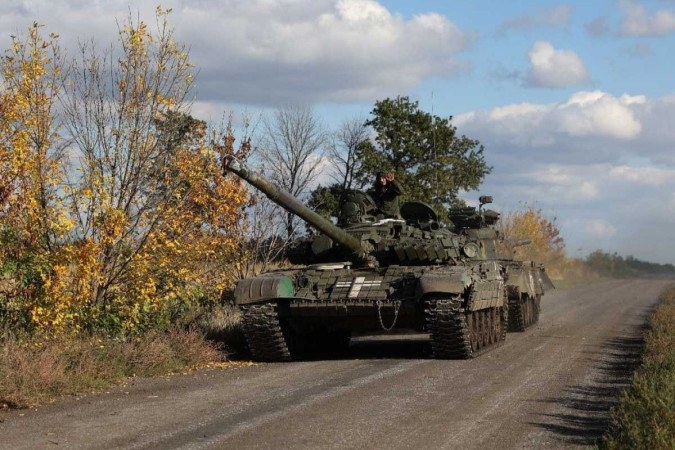 Ukraine’s defense minister said on Wednesday that Germany had delivered the first of four ultra-modern air defense systems as Russia’s deadly missile and drone attacks spurred a renewed effort by the West to step up aid. military to the country. At the same time, officials from more than 50 North Atlantic Treaty Organization (NATO) nations are meeting in Brussels to assess whether to send more weapons to the Ukrainians.

According to Ukrainian Defense Minister Oleksi Reznikov, Germany has sent the Iris-T defense system and the United States will soon send the American Nasams systems. “A new era of air defense has begun in Ukraine,” tweeted the minister. “This is just the beginning. We need more,” he added.

The Russian air strikes were carried out earlier this week in retaliation for the explosion of the Kerch Strait bridge, which links Russia with Crimea. About 20 people died as a result of Russian bombing, and water and power infrastructure systems were damaged in cities across the country.

After the attacks were carried out, the West found itself pressured to send more air defense weapons to the Ukrainians, seen as the biggest weakness in the war. The approach of winter in the Northern Hemisphere has also raised concerns about potentially delaying progress on the battlefield and increasing Russia’s energy pressure on Europe.

At Wednesday’s meeting, NATO leaders discussed how to step up aid to Ukraine and protect themselves from possible Russian retaliation, such as sabotage on pipelines that transport gas from Russia to European territory. Another concern is how to stay out of the war despite providing assistance to the Ukrainians. “Allies have provided air defense, but we need even more. We need different types of air defense, short-range and long-range air defense systems to eliminate ballistic missiles, cruise missiles, drones, different systems for different tasks,” he said. NATO Secretary General Jens Stoltenberg on Wednesday.

One of the difficulties of increasing aid in the short term is the depletion of national military arsenals after they were provided to Ukraine over the eight months of the conflict. According to diplomats heard by the Associated Press, some countries are increasingly reluctant to supply Ukraine with more weapons for fear of compromising national defense. The alternative path is to speed up ammunition manufacturing, but the war’s lack of predictability makes it difficult for the defense industry to commit to extending production lines.

Despite this, the defense authorities pledged to continue supporting Kiev with the shipment of new weapons. “We come together again today united by our shared determination to help Ukraine defend its sovereignty, its territory and its people from Russia’s unjust and unprovoked attack,” said UAS Defense Secretary Lloyd Austin.

The US has so far sent short-range anti-aircraft missiles such as the Stinger weapon and facilitated Ukraine’s purchase of Norway’s Nasams air defense missile system, but has resisted calls to send more capable, longer-range weapons out of concern for a more direct confrontation between Washington and Moscow.

On the list of munitions requested by Ukraine are launch rocket systems, or MLRS, which include standard NATO artillery rocket weapons such as US M142 HIMARS launchers and UK and German M270 launchers; guided rocket ammunition for these weapons, 122mm mobile launchers and rocket munitions; Russian-designed S-300 and SA-11 missiles compatible with existing Ukrainian air defense systems; and “Western” anti-aircraft systems.

Russian President Vladimir Putin, meanwhile, warned NATO against deeper involvement in Ukraine. In addition to the nuclear threat, apparent acts of sabotage damage gas pipelines that transport gas to Europe, especially Germany. No responsibility has been established for the pipeline incidents, but NATO tries to be clear in deterring Russia from carrying out acts of sabotage. “Any deliberate attack against critical Allied infrastructure would be met with a united and determined response,” Stoltenberg said ahead of Wednesday’s meeting.

Jens Stoltenberg further said that after the apparent sabotage of the Nord Stream pipelines between Russia and Germany, NATO had “doubled its presence in the Baltic and Northern seas to more than 30 ships, supported by maritime patrol aircraft and submarine capabilities”. However, he did not make it clear what the response would be to further sabotage if it were blamed on Russia.

On the battlefield, Ukraine claimed on Wednesday the conquest of several Russian-occupied cities in the south of the country. Despite the aerial bombardment, Zelensky’s country continues with the land counteroffensive, where it has won victories in recent weeks – largely thanks to weapons sent by the West. “Ukrainian armed forces liberated five more towns in the Berislav district of the Kherson region: Novovasilivka, Novogrigorivka, Nova Kamianka, Trifonivka, Chervone,” Zelensky announced. (With international agencies).