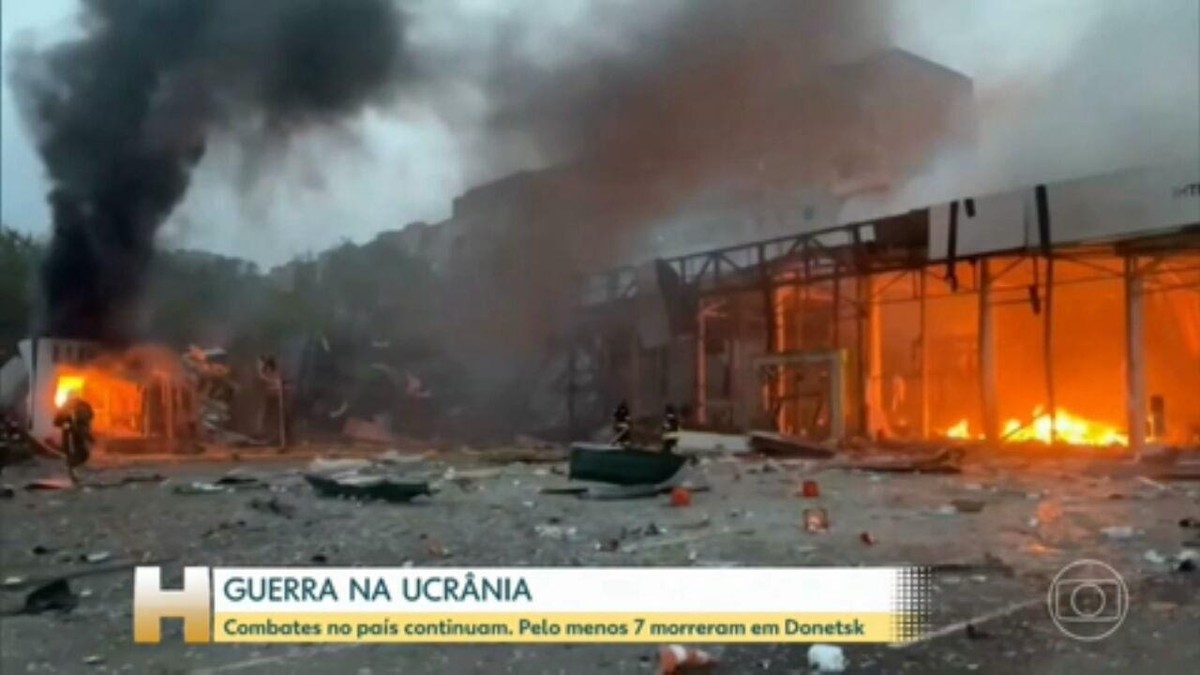 The United Nations General Assembly condemned on Wednesday (12) Russia’s “attempted illegal annexation” of four partially occupied regions in Ukraine and called for the all countries not to recognize the measurereinforcing Moscow’s international diplomatic isolation since it invaded its neighbour.

three quarters of 193 members of the assembly – 143 countries – voted in favor of the resolution which also reaffirms Ukraine’s sovereignty, independence, unity and territorial integrity within its internationally recognized borders.

Only 4 countries joined Russia in voting against the resolution – Syria, Nicaragua, North Korea and Belarus. Another 35 countries abstained from the vote, including Russia’s strategic partner China, while the rest did not vote.

Russia recently ‘official’ the annexation of the regions of Zaporizhzhia, Kherson, Luhansk and Donetsk, after holding referendums in these places where the population allegedly approved of leaving Ukraine.

A camera on the dashboard of a vehicle captured the moment when an explosion hit the city of Dnipro, Ukraine.

Brazil voted with the majority, condemning the annexation. The Itamaraty explained the vote by saying that the country “does not believe that populations in conflict areas can freely express their opinion through referendums. Their results do not constitute a valid expression of their will and cannot be considered legitimate.”

“We also voted in favor because we defend the principle of the territorial integrity of Ukraine, as of all member states. International law and the UN Charter must be respected and preserved”, defended the Brazilian representation at the United Nations.

Ukraine claimed on Wednesday the conquest of several Russian-occupied cities in the south of the country and celebrated the arrival of a new air defense system after suffering two days of intense bombing.

The country received a hail of missiles, rockets and drones. According to Vladimir Putin, this is retaliation for the explosives attack on the Crimea bridge, which connects this peninsula annexed by Moscow in 2014 to Russian territory.

The Russian security service (FSB) announced on Wednesday the arrest of eight people suspected of participating in the organization of this attack, which it said was planned by Ukrainian intelligence.

The FSB also claimed to have thwarted two attempted attacks prepared by Kiev in the Moscow region and in Bryansk, near the Ukrainian border.

The Ukrainian authorities did not confirm or deny being involved in the bridge explosionbut they never hid their intention to recover Crimea and the rest of the territories occupied by Russia since the beginning of the war in February.

Firefighters try to put out a fire after a Russian missile attack in Zaporizhzhia, Ukraine (Photo: State Emergency Service of Ukraine/Handout via REUTERS)

Putin has promised a “firm” response to any new attack on Russian territory, which Moscow says includes the Crimean peninsula and the other four Ukrainian regions annexed in September.

In one of the areas occupied by the Russians, Kherson, the Ukrainian presidency announced the recovery of five more cities in its counteroffensive launched in September in the south and east of the country.

Since September, Ukrainian forces have made significant gains on the front lines thanks to a counter-offensive that prompted Putin to order the mobilization of hundreds of thousands of reservists.

The last two days of Russian bombing, which left at least 19 dead, more than 100 injured and significant damage to Ukraine’s energy infrastructure, have prompted Western countries to accelerate the deployment of air defense systems, long claimed by Kiev.

France, for its part, said it would deliver radar and air defense systems to Ukraine in the coming weeks, in particular to help Ukraine protect itself against drone attacks, French President Emmanuel Macron said on Wednesday.

“A new era of air defense has begun in Ukraine,” tweeted Minister Reznikov. “This is just the beginning. We need more,” he added.

On Tuesday, in a virtual meeting with G7 leaders, Ukrainian President Volodymyr Zelensky asked for help in creating an “anti-aircraft shield” and warned that Russia still had “means to step up its offensive”.

Ahead of a NATO meeting on Wednesday, its secretary-general, Jens Stoltenberg, said that “the highest priority [da reunião] will be greater air defense for Ukraine”.

In addition to damaging power infrastructure, Russian bombings hit the center of Kiev, destroying a children’s playground, a bridge and a pedestrian zone. The Ukrainian capital has not received attacks since late June.

In the east, a Russian attack on a market in the town of Avdiivka, near the front line, killed at least seven people, announced the Ukrainian governor of the Donetsk region, Pavlo Kyrylenko.

“At least 7 dead and 8 wounded after a morning bombing in Avdiivka. The Russians attacked the central market, where many people were at that time,” he explained on Telegram.

Also in the east, Ukrainian authorities reported the discovery of two new mass graves in recently reclaimed towns in the Donetsk region.

In Lyman, a railway junction recaptured earlier this month, a forensic team exhumed dozens of bodies, an AFP journalist confirmed.

“We have already found more than 50 bodies of soldiers and civilians. We have a long ditch, a mass grave, where we discovered bodies and body parts,” said Pavlo Kirilenko, the governor of the region.

Russia was accused of numerous atrocities in the occupied regions that were later retaken by Kiev. Moscow has consistently denied the involvement of its soldiers in these events.

Previous SanDisk SSD: 5 Internal and External Models for More Storage | Which one to buy?
Next Champions: Bayern Munich win and guarantee in the round of 16 | Champions League