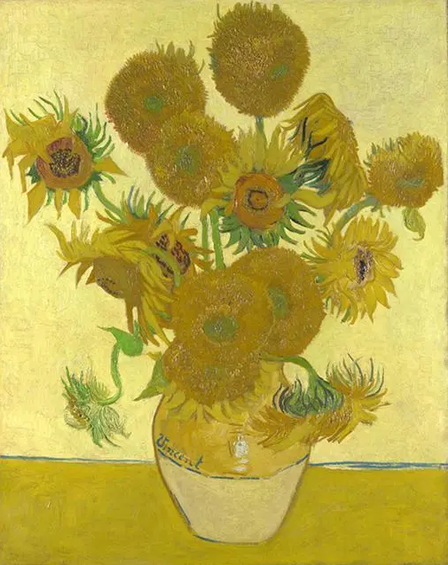 Activists from the British organization Just Stop Oil threw tomato soup on Vincent Van Gogh’s Sunflowers (1888) in London’s National Gallery and glued themselves to the wall, the Daily Mail reported on Friday. The painting — protected by a layer of glass — is valued at £84.2 million. The pair were arrested, according to LBC News, under “criminal harm”.

— What is worth more, art or life? (Art) Is it worth more than food? More than justice? Are you more concerned with protecting a painting or protecting our planet and people? exclaimed 21-year-old Phoebe Plummer.

Activists with @JustStop_Oil have tomato thrown soup on Van Gogh’s Sunflowers at the national Gallery and glued themselves to the wall. pic.twitter.com/M8YP1LPTOU

“What is worth more, art or life? … are you more concerned about the protection of a painting or the protection of our planet and people?”@JustStop_Oil‘s activists explain their action pic.twitter.com/LjvpQrhiDp

Mad I got to see one of these events happen in person. Tin of beans thrown on Van Gogh’s sunflowers at the National Gallery in London. #juststopoil pic.twitter.com/tIV499AswH

Just Stop Oil advocates the immediate suspension of “all future licenses for exploration, development and production of oil and gas” in the UK.

“Is art worth more than life? More than food? More than justice?”, says the organization’s post on a social network. “The cost of living crisis and the climate crisis are driven by oil and gas. Soaring oil and gas prices mean that millions of British families will not be able to heat a can of soup this winter. Only the Civil Resistance can take us away this crisis – the time to step up is now”.

Protesters were surrounded by a group of photographers and journalists as they attacked the painting, before the press was invited out by National Gallery staff.

— UK households will be forced to choose between heating or eating this winter as fossil fuel companies make record profits. But the cost of oil and gas is not limited to our accounts. Somalia is now facing an apocalyptic famine, caused by drought and fueled by the climate crisis. Millions are being forced to relocate and tens of thousands face starvation. This is the future we choose for ourselves if we push for new oil and gas,” said 20-year-old Anna Holland.