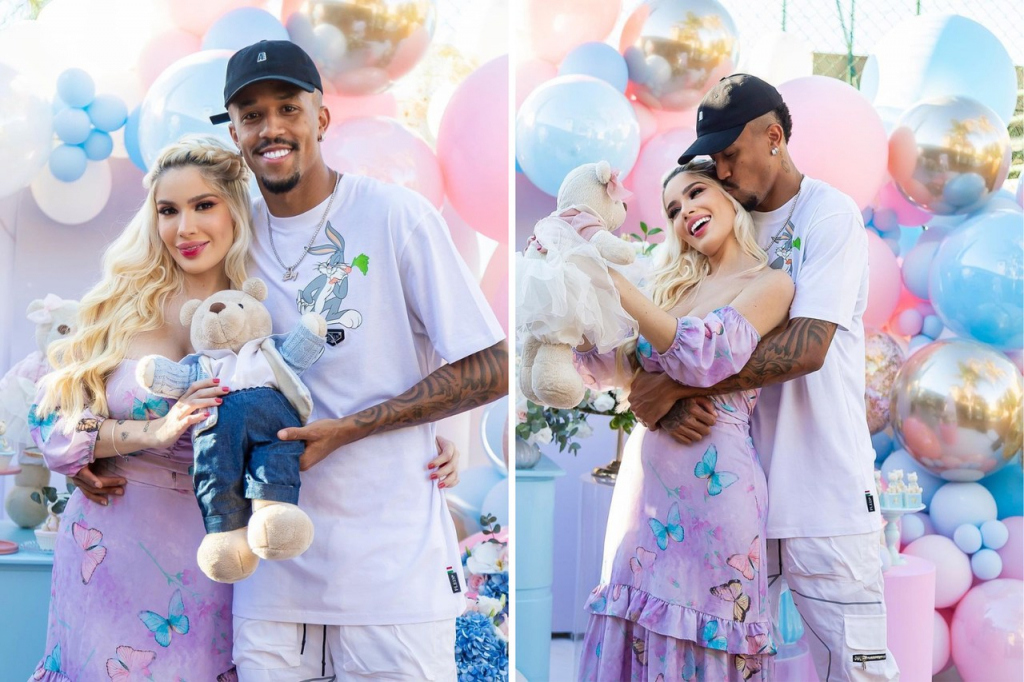 Athlete of the selection claimed that the profession of ‘soccer player is unstable’ and that his ex, Karoline Lima, got pregnant by surprise

Reproduction / Instagram @karolinelKaroline and Éder broke up shortly before the birth of Cecília, who is 3 months old

The name of Eder Militãodefender of Real Madrid and gives Brazilian Teamwas mentioned a lot on social networks this Thursday, 13, after UOL revealed that he filed a lawsuit against his ex-girlfriend, Karoline Limato pay BRL 6 thousand of alimony for her three-month-old daughter Cecília. The player asked that the amount be five minimum wages (R$ 6,060), in addition to expenses with health, education and extracurricular activities. He claimed that an amount above the suggested amount could harm the livelihood of his family, which depends on him. Owner of the Merengue team, Militão receives BRL 36 million per year. The couple separated before the baby was born. UOL had access to the file and revealed the details. In the lawsuit, he alleges that he is a “up-and-coming football player” and that he works in an unstable profession. The defender’s lawyers point out in the lawsuit that Karoline, who works as an influencer, has good financial conditions to support her daughter. It is also said that the pregnancy was a “total surprise” for Militão and that it happened shortly after the beginning of the relationship. In contesting the player’s first lawsuit, Karoline’s defense attached prints of conversations in which he expressed his desire to be a father. “If he is really talking about these absurdities, we have a way to counter all the points. Éder had a stable relationship with Karol and asked for his daughter. It wasn’t a surprise, it wasn’t instantaneous, nor was Karol looking to retire. No mother in the puerperium deserves to go through this. No woman deserves this humiliation. The truth will be reestablished and justice will be done,” lawyer Gabriella Garcia told UOL.

Through Instagram stories, Karoline manifested and said that ‘now it’s a big people fight’. “I am a woman, I am a mother, I have my nature, I have my character, and thank God I have my voice. And maybe that’s what bothers me. I wonder how many women have been through the same situation I’m going through. So now I’m going to use my voice to expose everything I’ve been through, everything I’m going through, everything I’ve faced and am still facing. And now yes, now let’s start dotting the i’s. And I won’t let any man, let alone my daughter’s own father, scratch my character, scratch who I really am. Or at least tell a lie about me. Because whoever was with me knows. But now you will know too”, said the influencer. Which she added: “I tried many times to solve everything in the best possible way, without involving justice, lawyer, any exposure. But apparently only I was trying to do everything in the best possible way and in peace. So since you want fights, let’s fight. And you can be sure I don’t run out of ammo.”