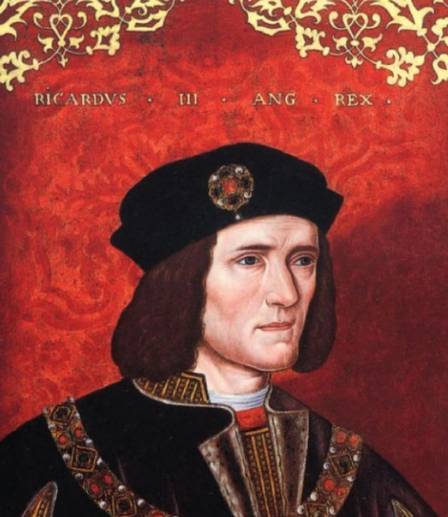 The mystery that surrounds the 539-year-old murder of “The Princes of the Tower” may soon be solvedafter King Charles III expressed support for a investigation with DNA analysis about the deaths.

The new monarch, who is an archeology enthusiast and studied at Cambridge in his youth, is said to support testing bodies believed to be those of 12- and 9-year-old Princes Edward IV and Richard.

The story goes that Edward, who was about to become king after the death of his father, and his younger brother were locked in the Tower of London in 1483 by their uncle who would instead claim the crown – like Richard III – for himself.

The two brothers, who in prison were declared illegitimate heirs by Richard, then Duke of Gloucester, were never seen alive again. Legend has it that the two were murdered at the request of Ricardoto avoid any risk to his reign.

The theory, popularized by William Shakespeare in his play “Ricardo III”written between 1592 and 1593, has become a common theory, although some historians suggest that the story is simply a advertising piece scattered after his death to tarnish his legacy. But without firsthand reports or DNA evidence, the brothers’ disappearance remains a mystery.

A recent study at the University of Huddersfield (England) reinforces claims that King Richard III was a great villain and ordered the execution of his elder brother’s sons, in a dispute for the throne of the British monarchy. Historian Tim Thornton presented a study in which he reveals that two of the famous political courtiers and philosophers of the time were sons of Miles Forest, one of the men most cited as murderers of princes. The crime and Forest’s name were also associated with James Tyrell, an employee of Richard III.

For years, experts and history buffs have wanted to run tests on the bodies of four children, two found in the Tower of London in the 1600s and two on the grounds of Windsor Castle in the 1700s, which some have suggested might be those of the princes.

As the bodies are now buried in royal crypts, experts need permission from the monarch to carry out the tests. According to Tracy Borman – joint chief curator of the Historic Royal Palaces, which manages some of our unoccupied royal palaces – the late Queen Elizabeth II blocked any investigation of that kind. However, Charles “has a very different view” and is said to support DNA testing, according to Tracy, quoted by the Daily Mail.

“He said he would like an investigation to go ahead so we can determine, once and for all, how the young royals died.”she added at the literary festival.