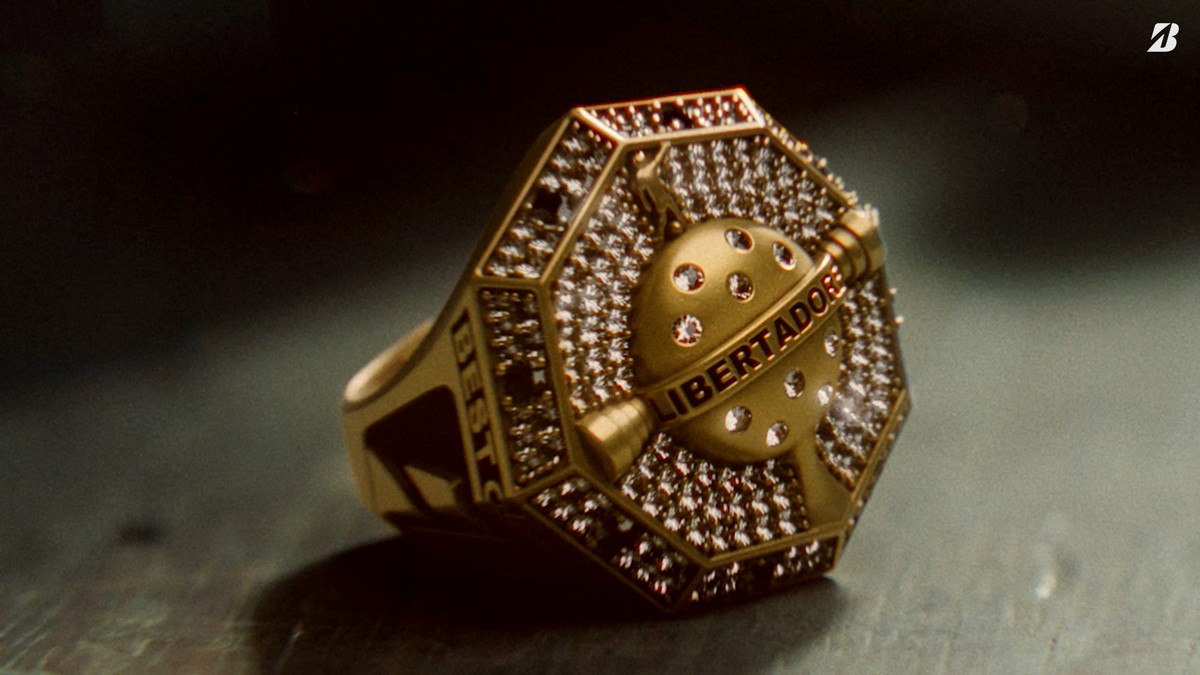 Libertadores Ring: see the prize that will be given to the tournament’s star | liberators

There are 15 days left for the Libertadores grand final. Flamengo and Athletico face each other on the 29th, in Guayaquil, Ecuador. As a tradition, the best player in Conmebol Libertadores will be awarded a ring. Pedro, Arrascaeta, Everton Ribeiro, Vítor Roque and David Terans are in contention.

This will be the fourth ‘Best of The Tournament’ award and, as in previous editions, voting is open to the public through the official platform. The gold ring was made with 125 diamonds to reward the best performance of Libertadores.

The inside of the ring features special details: a yellow sapphire, a blue sapphire and a ruby ​​honor the location of the final decision.

The 17-year-old Vítor Roque has two goals and two assists for Athletico this season in the Libertadores. Teammate David Terans has three assists and two goals in the competition.

Ring of the ‘Best Libertadores Player’ in the 2022 season — Photo: Disclosure

The grand winner will be announced at the awards ceremony held after the Libertadores final. Interestingly, Flamengo has the last three best players in the South American competition in the squad.

In 2019, the year Flamengo was champion, Bruno Henrique was the winner. In 2020, Marinho – when he was at Santos – won the dispute. In 2021, even with the runner-up, Gabigol was elected the best player in Libertadores and took home the ring.