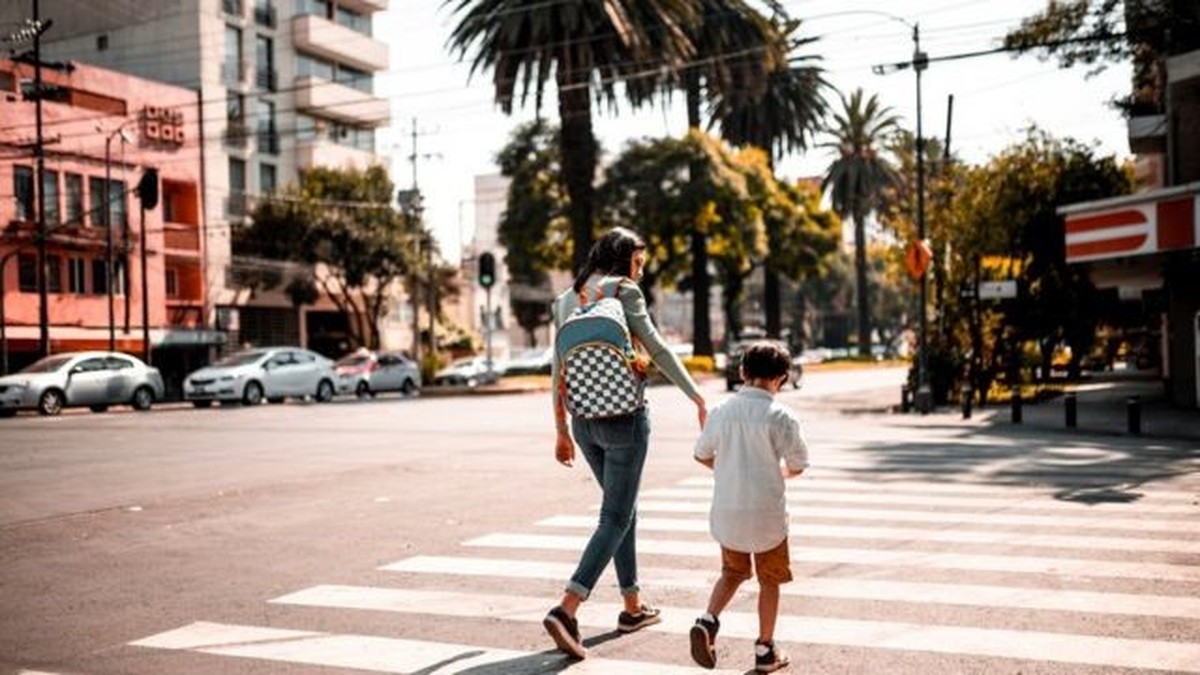 What woman has never been afraid to walk home at night on a poorly lit street or avoid passing through an empty park?

The development of safe cities for women is gaining momentum after decades of cities being designed by and for men.

In response to ideas centered on an outdated concept of space use, feminist urbanism emerged, which seeks to include and protect women in everyday life.

But this proposal goes beyond just avoiding bad lighting, increasing surveillance or maintenance: it seeks to invest in inclusive urban structures to create spaces for coexistence, generating the so-called “passive security”. The more people transit a place, the safer it becomes.

Urbanism with a gender perspective

The point is that everyone should feel comfortable in the urban space, anywhere and anytime. This goal is what sociologists call the “democratization of urban space.”

Vienna has been using this concept for decades, and now more and more cities are joining the movement.

“What feminist urban planning seeks is effective equality between men and women. It is about reducing any discrimination that still exists in practice”, Spanish architect Alexandra Delgado, from the urban architecture studio AD, tells BBC News Mundo.

The beginnings go back to the 1960s, when feminists from the fields of architecture, urbanism and geography began to demonstrate that urban planning is not neutral and that it is necessary to include women in it.

This perspective offers a broad view of people by proposing that women and men live and experience space in different ways. This view gained strength due to the increase in the population of cities.

Today, just over half of the world’s population lives in cities, according to UN data. Furthermore, by 2050, that number is expected to increase to 68%. By 2030, the world is expected to have 43 megacities with more than 10 million people, most of them in the Southern Hemisphere.

“When women and girls are unable to walk peacefully through city streets, shop at markets, ride public transport or simply use public restrooms, it has a tremendous impact on their lives. Both the threat and experience of violence affect their access to social activities, education, employment and leadership opportunities,” says an international initiative known as UN Women’s Safe Cities and Safe Public Spaces.

Since 2011, this Global Initiative has supported governments, women’s rights organizations, non-governmental organizations (NGOs), the private sector and other partners to create safe public spaces with and for women and girls in urban and rural settings.

“It is about having a well-lit, well-maintained public space, with green areas, with equipment. These are the things that give daily security”, explains Delgado about the UN program that promotes, among other things, investment in the security of spaces public.

In Spain, a law for equality between men and women includes a specific point on urban planning.

In practice, this means that any urban development project must necessarily include a gender impact report in which the safety of pedestrians and the safety of day and night spaces are always made explicit.

This translates into better street lighting, the absence of dark areas and management of park vegetation.

Countries like Spain see the need to renew their urban design to make public spaces inclusive, safe and suitable for the needs of women and men — Photo: GETTY IMAGES

“This is so important that some urban plans were canceled for not having [relatório de impacto de gênero]”, says the Spanish architect. “If there is not good lighting, for example, the projects do not pass the assessments of the gender impact report.”

“Usually [o relatório] translates into an improvement of public space, its lighting and access to transport. There are some issues, especially in the public space, where the plan needs to explain why it doesn’t cause inequality in women, given its design. It’s an urbanism that doesn’t harm anyone, but that benefits all of us,” she says.

In the opinion of the Spanish architect, although not enough time has passed to say that this urbanism has improved the safety of women in cities, it “at least made visible some problems that you didn’t even think about before”.

Vienna: a city for women

In the early 1990s, Vienna developed the largest housing project in Europe to date built by and for women.

“The facilitation of household and family tasks, the promotion of the neighborhood and an environment in which residents can walk safely were the central objectives of the Frauen-Werk-Stadt I model project,” architects from the Vienna Planning Office told BBC News Mundo. .

The project of 357 houses led by the architect Franziska Ullmann also aimed to promote the participation of women in urban development and especially in the urban expansion project.

Completed in 1997, this project has become a benchmark for architectural studios around the world.

“It is very interesting as a reference because of practical issues such as, for example, how there are interior-exterior visual connections between the apartment, the stairs, the patio, the garden, the squares, the streets. This is passive surveillance”, he says. Slender.

The women’s neighborhood also has an open ground floor and the garages have an open structure with natural lighting, below the apartments, with direct access by stairs, to increase security.

In Latin America, violence against women and girls marks the daily life of many cities. According to UN data, in Mexico seven out of ten women faced some type of violence in 2020.

According to a 2017 census in the Metropolitan Area of ​​the Valley of Mexico, 61.4% of trips made on foot in Mexico City are performed by women.

But in 2018, the National Survey of Victimization and Perception of Public Safety (ENVIPE) revealed that only 14.3% of women over 18 said they feel safe on the street. And 17,000 women in every 100,000 inhabitants were victims of robbery or assault on the street or on public transport.

Among the measures implemented to combat this in places like Mexico City, the Caminhos Seguros program stands out, created in 2019 to improve areas with the highest incidence of crimes against women, encourage the use of public space and prevent crimes.

The action promoted an increase in public lighting with LED technology, cleaning and rehabilitation of green areas, installation of totems with surveillance cameras and emergency buttons.

“The program proposes a universal design with a feminist perspective to create safe routes using elements that alleviate violence and are integrated into an urban image that increases the perception of safety,” said the Ministry of Works and Services of Mexico City, responsible for the program.

According to Mexican authorities, crimes against women in public spaces have decreased by 28.8% in these places since 2019.

‘These are superficial measurements’

However, although experts indicate that this is the right path, there is still much to be done in combating violence against women in cities.

“The concept of gender architecture in Mexico and all the related concepts are superficial, they are just makeup. Undoubtedly they work, makeup always works, but it just fills in holes, it doesn’t solve the problem,” Mexican architect Tatiana told BBC News Mundo Bilbao.

“These measures are superficial for several reasons. The first is because there is really no policy to defend women’s rights in depth. Women’s lives are not protected in Mexico”, he criticizes.

“No matter how much thought has been given to street lighting, open spaces and other measures, this is not enough. Women are killed on the street in broad daylight.”

However, Bilbao recognizes that every effort helps. For her, there are urban planning strategies that work better, such as creating spaces where care work is socialized.

“Alleys exist, but if you start from scratch you have to think about how to make spaces that can be much safer socially, because they have people, because they are open… than putting light in a dark alley. If there are dark alleys. , something must be done against them, no doubt. I think everything goes in parallel.”

Previous Bleacher billionaire, owner of Cimed will not follow Leila and Nobre
Next The most famous Disney+ witches to see until Halloween