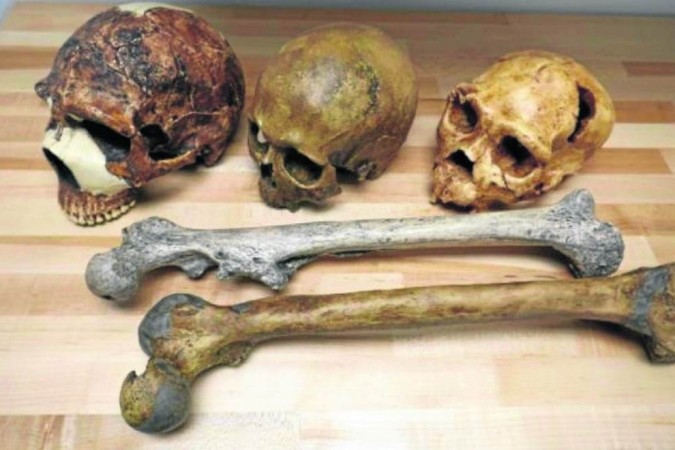 Neanderthals and Homo Sapiens May Have Coexisted for “Only” 2,800 Years


The main locations studied by the researchers were northern Spain and France – (credit: Manuel Will/Disclosure)

It was on the African continent that the first Homo sapiens appeared. The encounter with hominid “cousins”, the Neanderthals, occurred during arrival in Europe, between 50 and 30 thousand years ago. However, the appearance of one variant of the species did not mean the complete disappearance of another. According to a scientific article published in the American journal Science Reports, Neanderthals and Homo sapiens shared the same space for at least 2,800 years.

With the recent discoveries made through samples of bones, coal and pieces of objects, it was shown that the species of HHow Sapiens may have made the migration to the European continent 54,000 years ago. The “expected” date, however, does not match the date of disappearance of the Neanderthals — which was nearly 14,000 years ago. However, according to the study, little is known how and if they occupied the same region, and for any time.

The main locations studied by the researchers were northern Spain and France, regions where Neanderthals they may have lived.

To support the analysis, the researchers collected relics attributed to the two hominid species from archaeological sites in France and Spain. After that, they used a form of analysis that is recurrent in archaeological studies: the linear estimation model — OLE (optimal linear estimation models). In doing so, they were able to estimate dates—from oldest to most recent—that could “predict” whether humans and Neanderthals lived together in the same region.

With analyzes of material found in France to Belgium, it was noticed that, probably, the species Neanderthal became extinct from the region between 40,870 and 40,457 years ago. This suggests the possibility of the coexistence of the two species in western Europe for 2,800 years.

However, according to experts, it is difficult or even impossible to speak of a “first” or “last” being of some kind or of some “cultural tradition” only by analyzing the archaeological archives that currently exist. The form of interaction between the two hominid species — or whether they even maintained any — remains an unknown for researchers.

Previous In a decision-making mood, see Vasco’s five remarkable victories over Sport at Ilha do Retiro | vasco
Next Harrison Ford could join the MCU, learn more!