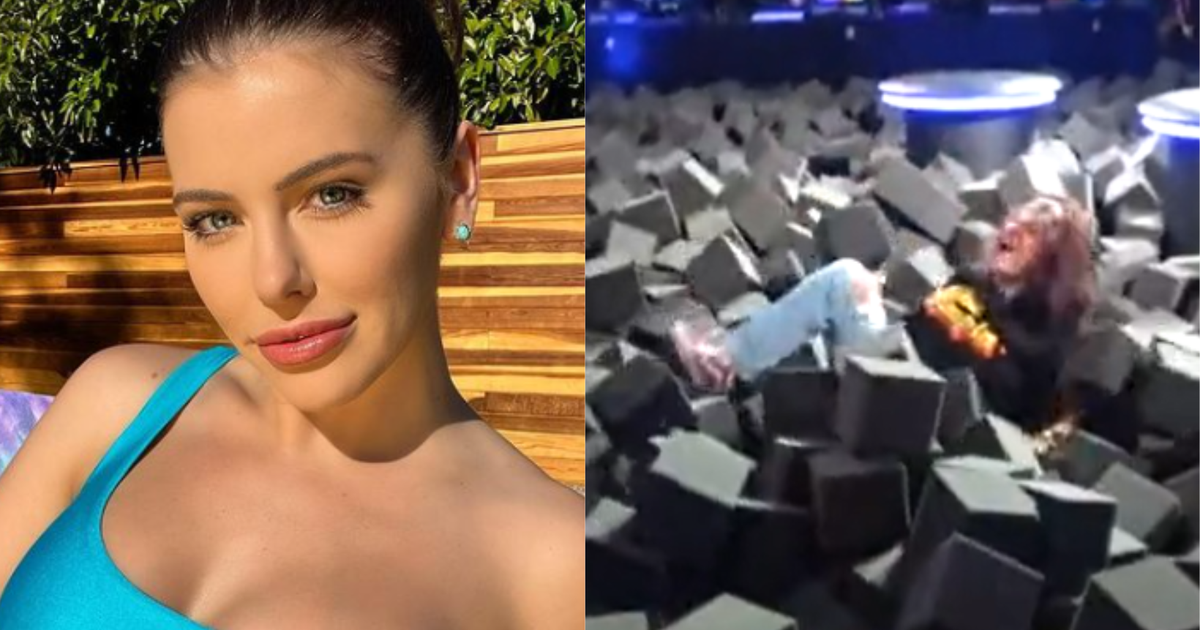 The adult film actress and game streamer Adriana Chechik, 30, injured his spine when he jumped into a pool of foam. Now, after undergoing surgery, she says she will have limitations in your intimate life: “I probably won’t ejaculate anymore”.

The accident happened last Sunday, the 9th. She was at an event at Twitchcon, a convention of the live streaming platform Twitch, in the United States. The video of the moment of the fall reverberated on social media and she confirmed that she “broke” her back.

“Well, I broke my back in two places and I’m having surgery to put in a meter rod for support today. Send your support,” he wrote on Twitter.

Probably the most painful thing I’ve seen in awhile. Twitch streamer Adriana Chechik has confirmed her broken back in two separate places following this jump at TwitchCon pic.twitter.com/QdojGn5UtG

After the incident, Adriana Chechik continued to give updates on her feelings and state of health. “Last night was horrible. The pain I felt, I would rather die. This is going to suck,” she complained on Monday, the 10th.

The young woman had to undergo a surgery that lasted more than five hours. In the early hours of Wednesday, the 12th, she gave more information about the operation – citing that, probably, will no longer be able to “squirt” (ejaculate), due to the complications of the accident.

“I had to do more fusions than expected, completely crushed bones and bladder nerve damage. I hope to be able to pee again soon. I probably won’t ejaculate anymore… I had some bleeding around the bone, but overall, I’m fine!” she declared.

She also said that she is in a lot of pain, but that she remains hopeful to walk again.

On Instagram, the actress published a selfie with a text, in which she says that “the coming days will be extremely difficult” and asks for prayers, as well as readings to help her on this journey.

Previous BeReal: safe to use the social network application that went viral on the internet? | TC detective
Next Jodie Comer is the most beautiful woman in the world, followed by Zendaya and Bella Hadid. See top 10! –