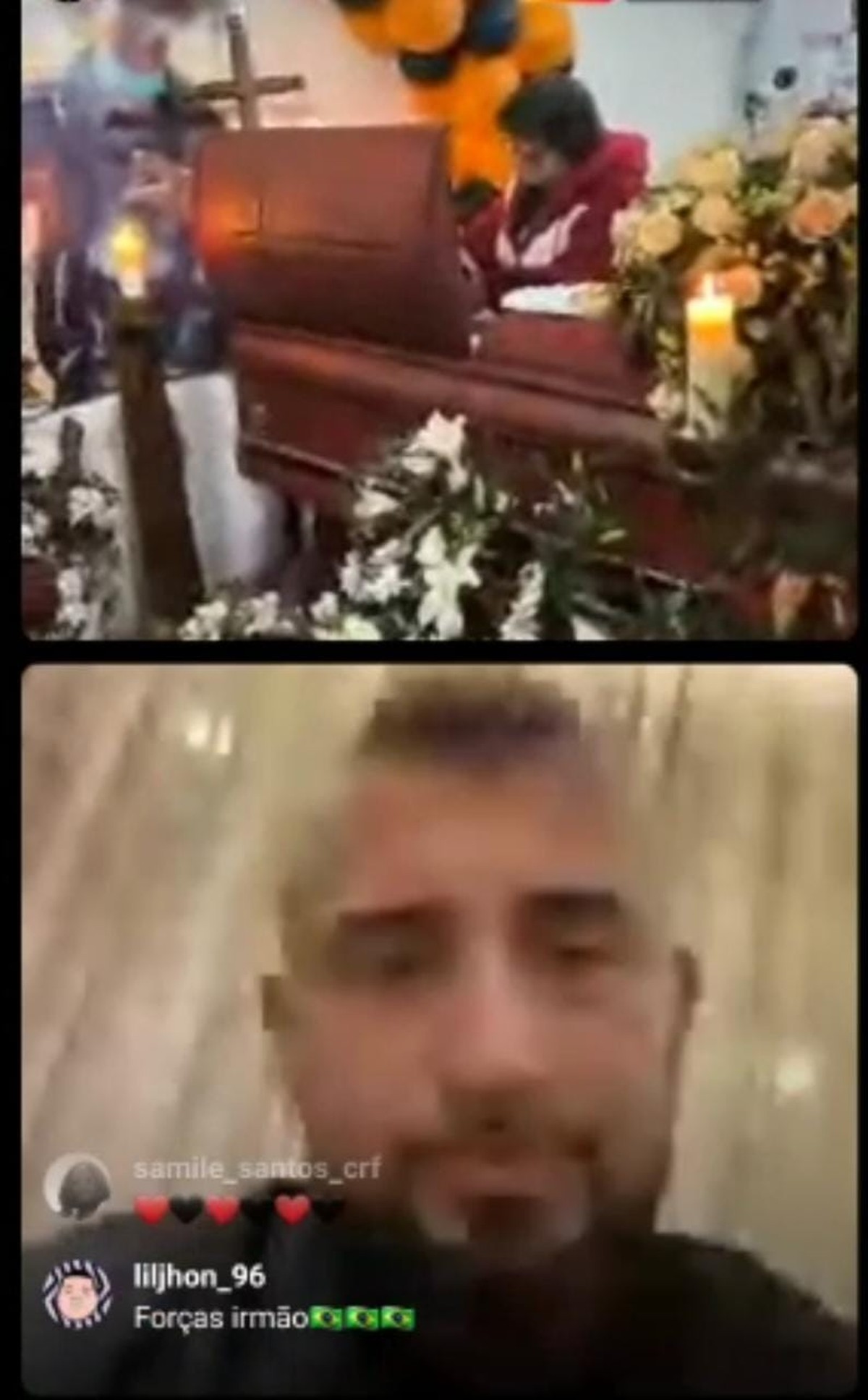 In Brazil after playing the first game of Flamengo’s final against Corinthians for the Copa do Brasil, Arturo Vidal accompanied his father’s funeral in a live broadcast on Thursday night. The father of the steering wheel Erasmo Vidal, was found dead last Monday, in Chile, where he is being buried.

Arturo Vidal got extra time off from Flamengo’s football department this Thursday. Athletes who entered the second half of the game against Corinthians, in the case of the Chilean, and those who did not participate have training scheduled for 4 pm (GMT), at Ninho do Urubu.

Those who started playing the decision were also released, Arrascaeta, however, went to Ninho do Urubu for treatment. João Gomes, who is out of the final and should be a starter against Galo, was also present in the CT.

+ Flamengo asks for review of values, and Conmebol gives 15% discount on packages to Guayaquil

The management, however, decided to give the wheel a break, especially after the great demonstration of professionalism on the eve of the first match of the final of the Copa do Brasil. Vidal lost his father, Erasmo, on Tuesday, and learned the news after training at Ninho do Urubu. Despite the thud, he asked to be listed. The decision left Dorival more comfortable to remove the suspended João Gomes and replace him with a player of international level, without prejudice to the replacement.

Vidal in action for Flamengo against Corinthians — Photo: Marcelo Cortes/Flamengo

The football command and Dorival Júnior even encouraged Vidal to go to Chile to accompany his father’s funeral and consequently stay out of the game with Corinthians, but the player chose to follow with the group, something that made him win points with everyone.

+ CBF discloses VAR audio in Corinthians vs Flamengo controversy: “Deviates in the belly”

Vidal spent 36 minutes on the field. He missed just one of 36 passes attempted, finished once and made two tackles. He received affection from the fans in Rio, when the team sailed to São Paulo, and at Arena Corinthians. After the game, even with a dejected face, he took pictures with several fans.

In the pre-game of Corinthians x Flamengo, Dorival Júnior asked his players to leave everything on the field not only for the obvious desire to be champion, but mainly for the professionalism of Vidal. The Chilean’s companionship was praised by the coach during the red-black current.

Dorival also asked for delivery in honor of Bruno Henrique, Rodrigo Caio, Varela and Pulgar, who traveled with the team even without playing conditions, but the speech had the Chilean as the protagonist. After the match, the coach expressed his admiration for the commanded.

– He preferred to stay, of course he felt too much, as we all feel for him. We respect the decision. He was adamant when he decided. We didn’t have any arguments. He was a great man with all of us, which makes us respect him more and more for the attitude he took. Of manhood, dignity even in a very difficult moment. He thought of a whole, of the group, knowing that he might not even be able to attend (the funeral).

Despite having asked to play and posts showing positivity, obviously Vidal was down. He demonstrated this when he landed in Guarulhos, where Flamengo was concentrated.

In the pre-game, before Dorival’s speech, the Chilean was emotional in some moments of conversations with members of the delegation. On the day of the game, he made a series of posts in honor of his father, the most striking of which mentioned that he would miss the messages of support before the matches.

– Dad, today I will miss your good luck message before departure, but I know that from above you will be supporting us. Now we are going to win this Cup and the one to come. For you and for everyone who supports me on a daily basis. Let’s go Flamingo! – Said Vidal in his nets before the game.

Vidal pays tribute to his father, before the final of the Copa do Brasil – Photo: Personal archive

This Thursday, shortly after 3:30 pm, Vidal returned to post about his father. He thanked Corinthians and Flamengo for the tribute to Erasmo Vidal on the big screen at Neo Química Arena.

More than the break, Vidal won points with Dorival Júnior, the club’s management and fans. Demonstrations of affection continue to happen until now. And this text is also not out of the loop:

Vidal thanks Corinthians and Flamengo for the tribute on the arena screen — Photo: Reproduction

Previous Guga talks about the future at Atlético-MG and focuses on the game with Flamengo: “It’s not just three points” | athletic-mg
Next Vila Nova x Cruzeiro: the likely lineups for the Serie B game