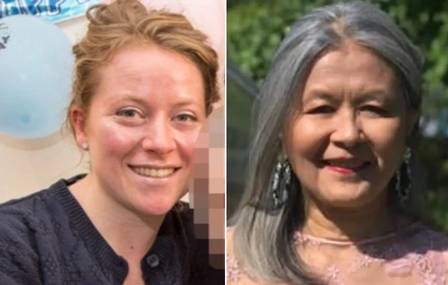 Jemma Mitchell, 38, was spotted walking calmly through the streets of London (England) carrying a blue suitcase. in it was the body of a friendMee Kuen Chong, 67 years old.

The crime, which took place in June last year, is being tried this week. Jemma, a doctor specializing in body dissection, is accused of beat Mee to death before decapitating her and disposing of the body after a fight over money.

The Englishwoman needed at least £400,000 after a project to add an extra floor to her home in Willesden, northwest London, ended in disaster, according to the prosecution. She was pressing the victim, vulnerable and without relativesto give you the money by making a deal that involved owning your home, according to “Sun.”

When Mee refused, Jemma killed her, decapitated her and dumped her body over 400 kilometers away in Salcombe, Devon. The head was found ten meters away and had been “cleanly cut off” from the rest of the body.. The defendant had been a brilliant medical student and had even won a prestigious award for her knowledge of the human body.

According to the indictment, Jemma murdered her friend at the victim’s home, hitting her in the head with a blunt object, fracturing her skull, on June 11 of last year. The English, then, transferred the victim’s body to his house in the blue suitcase and kept it there for two weeks before driving to Devon in a rented Volvo. Security cameras recorded the route from Mee’s house to Jemma’s address.

After the murder, Jemma became the main beneficiary of the victim’s will. But she declared innocent during a hearing this week.

Previous Klopp says Manchester City are the best team in the world and designs how to stop Haaland | english football
Next Will Captain America show up? actor responds