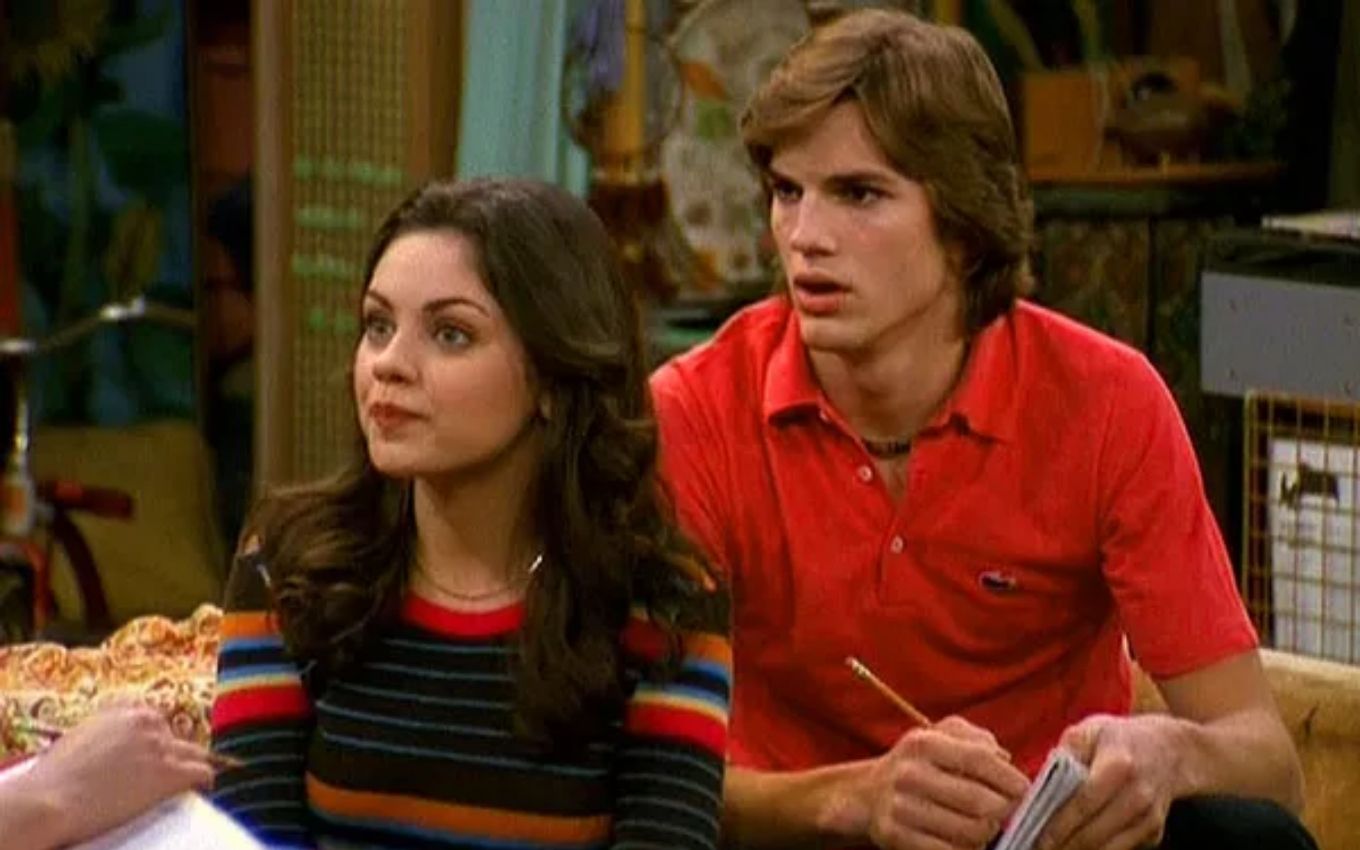 
Many fans are waiting for the premiere of That ’90s Show on Netflix just to be able to miss the actors who were also in the series That ’70s Show and return now.

Two of the actors who will be returning are Ashton Kutcher and Mila Kunis, who got married in 2015 in real life.

It turns out that her characters also exchanged vows sometime after the series ended, something Mila wasn’t necessarily expecting to happen.

So while their real-life marriage seems to make it easier for the two to live a husband-wife life on set, she revealed it was the exact opposite in an interview with Today.

The actress said that working alongside her husband was one of the most stressful tasks she has ever undertaken and stated:

“It was so weird looking at him and not thinking, ‘Why are you making that funny face?’” adding that it was so weird for Kutcher, who was also struggling to keep his character in front of his wife.

Along with the awkward feelings about returning to their roles all these years later, Kunis added that, in general, it was pretty weird to be back in the “same house” and “the same basement” as nearly two decades ago.

But the wedding wasn’t the only oddity

The actress admitted that part of that feeling of ‘weirdness’ she was feeling also came from the fact that they were very young, just two kids, when the show aired in the late 1990s.

In fact, Kunis was only 15 years old during the show’s rookie season, so, as she puts it, the feeling of returning to that environment and being “old and married and [ter] children” was “like being in Beyond imagination.”

more about the series

In addition to Kutcher and Kunis, the moment marks the return of many other cast members from That ’70s Showincluding Topher Grace, Wilmer Valderrama and Laura Prepon, who are returning after the original series ended 16 years ago.

The new series will focus on Eric (Grace) and Donna (Prepon)’s daughter Leia Forman (Callie Haverda) as she moves in with her grandparents, Red and Kitty for the summer. It is there that she will befriend the local children and adventures will take place.

As a result, many fans who grew up with the group of friends will likely experience many of the feelings that Kunis experienced, both in terms of nostalgia and the feeling caused by the passage of time.