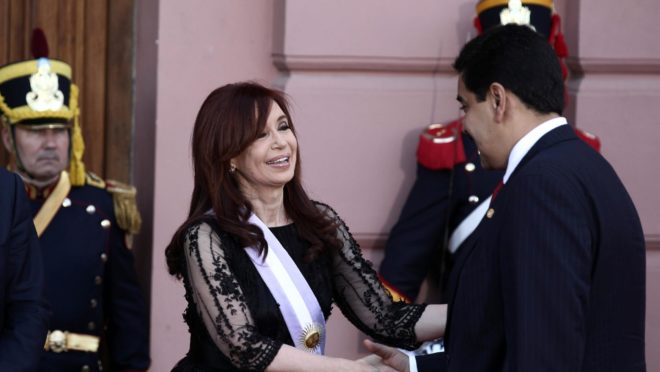 Argentines pass Venezuelans in number of migrants to Spain

The economic, political and social chaos generated by Chavismo has made around 6.5 million people leave Venezuela since 1999, a flow comparable to that of countries at war.

Surpassing some Venezuelan migration index reveals how serious the situation of a country is, and Argentina, where uncontrolled inflation erodes income and economic instability pushes workers towards informality, managed: last year, the arrival of Argentines to Spain surpassed that of Venezuelans.

According to data from the Spanish National Statistics Institute (INE), 32,933 Argentines migrated to the European country in 2021, an increase of 65.8% compared to 2020.

Last year, 27,875 Venezuelans arrived in Spain. Both the country of Nicolás Maduro and Colombia, the South American country with the highest migration to Spain, maintained a downward trend, while Argentina (see chart) had a significant reduction in 2020 (19,857 Argentines migrated to Spain), first year of the pandemic, but then presented a higher level in 2021 than in 2019 (when 31,306 migrants had been registered).

The Argentine figure for 2021 is the highest in the country since 2008, the year in which the INE began releasing immigration statistics. Since 2009, the departure of Argentines to Spain has not surpassed that of Venezuelans.

Last year, Colombia and Argentina ranked second and fourth, respectively, in the list of countries worldwide that sent the most migrants to Spain – Morocco, with 60,436 people, and the United Kingdom, with 34,642, came first. and third.

However, historian Xosé Manoel Núñez Seixas, a professor at the University of Santiago de Compostela, warned in an interview with the newspaper Clarín that the numbers of Argentine migration could be even higher, because many citizens with dual citizenship from the country ruled by Alberto Fernández enter Spanish territory. with European passports – Spanish or Italian mainly.

Despite this flow unparalleled in recent history, Seixas highlighted that the political and economic instability that Argentina has faced for decades has already generated other moments of great migration to Spain, which has allowed the creation of a strong support network for newcomers. .

“[Tivemos] Those who arrived fleeing the dictatorship [entre
1976 e 83]; those who arrived fleeing the great inflation [década de 1980]; the ones that arrived in 2001, 2002, 2003. They’ve been here for 20 years, they’re well established. It’s a continuous drip. This generates ‘layers’ of established immigrants that serve as a bridge for others to arrive”, explained the professor.

Leandro Lázaro, one of the founders of the Argentinos welcome group for Spain, emigrated 21 years ago. In an interview with the Spanish website Vozpópuli, he lamented that the endless crisis in Argentina continues to lead thousands of compatriots to choose the same path – and projected that the numbers should continue to grow.

“We have little to say about the economy, we already know everything. An unprecedented and unsustainable inflation, which is leading our country to ruin. And that, in turn, ends up leading to insecurity, which was once characteristic of only a few specific neighborhoods, [mas agora] has become widespread throughout the country, because poverty is on the streets”, criticized Lázaro. “Who wants to live in a country about to explode?”

Previous discover the Mastercard digital wallet
Next Vasco says goodbye to Nordeste in 2022, and fans promise to party in decisive game against Sport | vasco