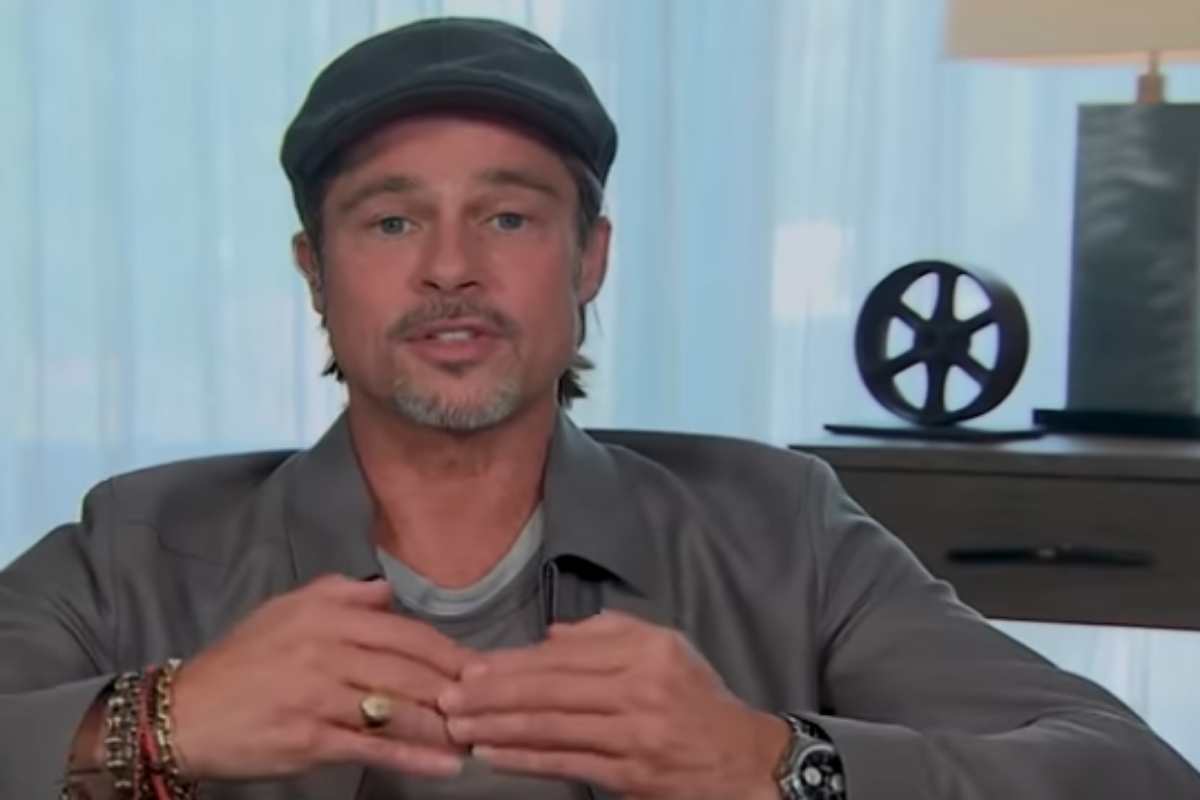 It seems that it is still too early to name the relationship of Brad Pitt and Emily Ratajkowski. They are still not coming out exclusively. And according to the magazine “US Weekly”, amid the controversial news involving the 58-year-old actor, he is dating three women at the same time, and with none of them he has plans for the future.

Brad and Ratajkowski have dated a couple of times but are not dating yet, according to sources. Both he and she are ‘taking it easy and taking it slow’ in their relationship. And Angelina Jolie’s ex is pretty focused on sorting out his personal issues first before officially diving into some romantic relationship.

A Hollywood insider with knowledge of the situation said Pitt “has been seen with other people” as well.

Another source told OK! in late August that Pitt was the one who asked Ratajkowski out, and she said yes.

“But she’s not looking for a relationship either. She wants to have some fun while she’s focused on being a good mother and sorting out her issues with her ex-husband.

Other names that have appeared on the ‘list’ of women Brad Pitt has dated in recent months are singer Lykke Li, former “Arrested Development” actress Alia Shawkat and actress Andra Day.

In 2020 he had a brief relationship with model Nicole Poturalski.

Sources close to Angelina Jolie and Brad Pitt assured TMZ that the actress wants revenge on the actor amid the bitter legal battle over custody of the children, and decided to mount a hate campaign against him, making serious accusations against Pitt, claiming that during a fight on the private jet in 2016, in addition to assaulting her, he asphyxiated one of the children, slapped another, and threw beer and wine at the children, something he and his lawyers denied.

One of the actor’s representatives said that each time the story of the assault on the flight gets bigger, with Angelina ‘inventing’ new narratives.

A source close to Pitt highlighted in conversation with TMZ that Jolie only made these accusations to ‘discredit the actor’ and ‘try to make him look like a bully’, while she is still fighting for full custody of her children and her share of the business. that still has with the actor.

“He has a limited and strained relationship with his children due to this smear campaign … she wants revenge on him,” the source said, stating that Brad is “deeply hurt” by these false accusations.

Speaking to The Hollywood Reporter, a representative for Brad Pitt said:

“She keeps repeating, revising and reimagining her description of an event that happened six years ago, adding completely false information each time she doesn’t get what she wants. Her story is constantly evolving.”, she states.

His rep’s response shows that Pitt doesn’t intend to keep quiet about some serious accusations, which could damage his career, and the actor, who so far hasn’t said anything about what really happened during the fight, is willing to start telling his version. of the facts.

According to sources close to Brad Pittthe FBI is unlikely to reopen its investigation into the actor after this week’s surprising allegations that he and his ex, Angelina Joliehad a physical fight aboard a private plane, which detonated the end of the couple’s relationship.

Read +: Brad Pitt fights with Angelina Jolie for custody of the children

According to the newspaper “The New York Post”, the authorities examined all available information and the statute of limitations expired a long time ago: “They took into account all of Angelina’s accusations at the time, but no charges were filed. The FBI has conducted a comprehensive investigation into the incident and there is no possibility of reopening the case. It’s all part of a deliberate campaign to discredit Brad,” a friend of the actor told the publication.

The friend drew attention to the fact that despite Jolie’s repeated citations of information from the FBI investigation into her ongoing custody battle with Pitt, a judge still granted him joint custody of their children.

Read+: Brad Pitt opens up about depression and alcoholism

“Angelina’s allegations have been raised in at least two different courts: first, during an extended custody trial, and second, after the plane incident. No charges have been filed, and Brad has received joint custody since Jolie filed for separation in September 2016,” the source said.

This week, photos were revealed of the injuries that Angelina Jolie would have suffered after a physical fight with her ex-husband Brad Pitt, aboard a private plane, in September 2016, when the couple was traveling with their children from Nice, France, for the United States.

The Page Six column had access to the images that the actress sent to the FBI. In the photos, Jolie showed the injuries she suffered inside the plane’s bathroom, on her hands. [como uma queimadura]in the elbow and in the back, when he tried to control Brad Pitt.

She further noted that two of her youngest children (whose names were redacted in the report) were outside the door crying and asked, ‘Are you okay, Mommy? . She’s crazy,'” the report reads, adding that Angelina said the actor had been drinking throughout the trip.

According to Jolie, that comment caused one of her children – possibly Maddox – to yell at Brad Pitt: “[O problema] It’s not her, it’s you.”

“What he said infuriated Pitt, who attacked his son, so Angelina tried to stop him by strangling him by the neck, and he tried to escape by throwing himself backwards and pushing her against the armchairs. [do avião] behind them.” states the indictment document.

Included in the report are black and white photocopies of the photos, as well as handwritten pages provided by Jolie, allegedly also written by her children, containing descriptions of the incident.

After arriving in Los Angeles, the couple allegedly got into another physical altercation and she alleged that Pitt prevented her and the children from disembarking for 20 minutes, notes Page Six, stating that neither of them wanted to press charges.

“All parties agreed that no criminal charges would be brought in this case due to various factors,” the report reads.

In April, Angelina Jolie requested the investigation report, anonymously, to find out why Pitt was never charged. Sources close to Pitt told the Page Six column that the two sides had the same report for nearly six years, adding that Angelina was now using them for a media stunt as they discussed custody of their children.

Previous Mark Zuckerberg: Apple is not as altruistic as it says it is
Next MPMG asks Justice to suspend concerts and non-sporting events in Mineirão

The Walking Dead series, which ended in its 11th season, is one of the great …