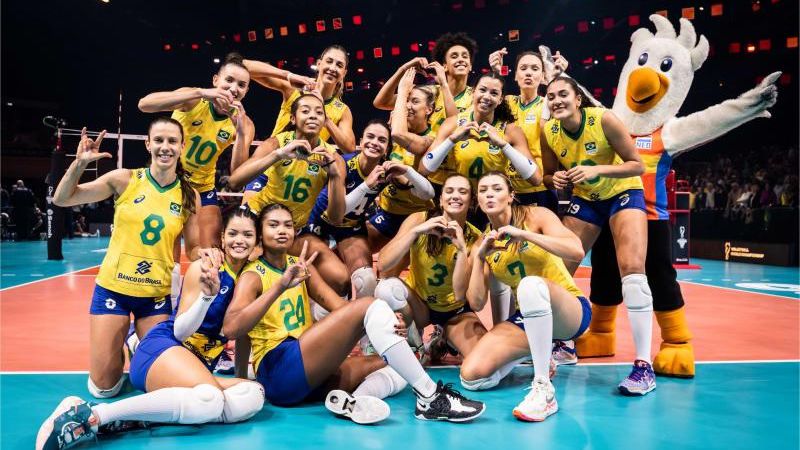 Brazil vs Serbia | Where to watch the Volleyball World Cup final live?

After 12 years without going to the final of a World Cup, the Women’s Volleyball Team will have one more chance to win this unprecedented title. The coaches of coach José Roberto Guimarães will face Serbia this Saturday (15), from 15:00 (Brasília time), in a game that promises strong emotions.

In the semifinal, the Seleção beat the favorite Italy by 3 sets to 1, using a lot of blocking as a weapon to hold the Italians, considered by many experts as the best team in this competition. Serbia, the current world champion, beat the United States by the same score in the other semifinal and also comes confident for the duel.

The highlights of the Brazilian National Team at the Volleyball World Cup are Gabi, Carol and Rosamaria, who are even fighting for the title of best player in the competition alongside Serbian Boskovic.

One of the great names of Brazilian volleyball, coach José Roberto Guimarães is a collector of titles, but he has never won the World Cup. On his resume, however, the coach has three Olympics, one with the men’s team.

Brazil vs Serbia: Where to watch?

The final of the Women’s Volleyball World Cup between Brazil and Serbia will be broadcast on open and closed TV, in addition to streaming. In all three options, Globo is in charge, which has dominated the broadcasts of this sport in the country for many years.