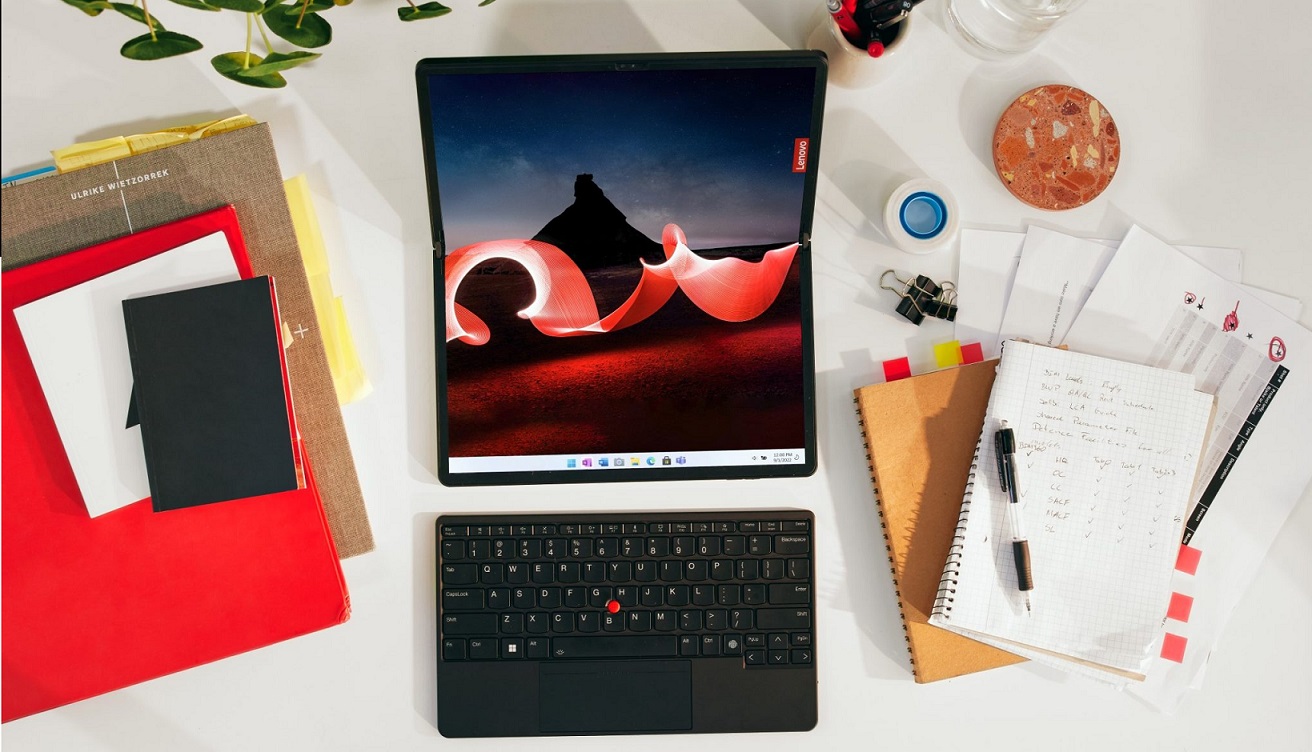 Lenovo’s ThinkPad line is celebrating 30 years since the launch of the first model, and since then it has been bringing new and modern laptops to the market with new features and great configurations. To celebrate this special date, the company held an event this Thursday (13) and brought some news.

Among them, Lenovo confirmed the arrival of some special products here in Brazil in the coming months, and the main highlight of the announcement is the ThinkPad X1 Fold Gen 2, the second generation of the company’s folding screen notebook. 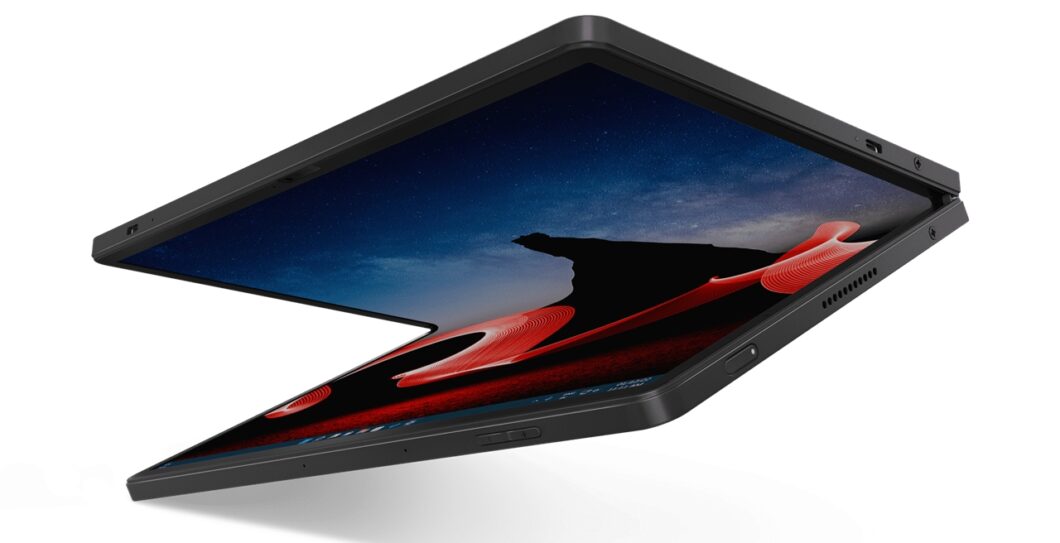 Although most eyes are on foldable smartphones, this type of feature has also been attracting attention in other types of devices, such as notebooks. A clear example of this is precisely the ThinkPad X1 Fold Gen 2, which arrives as the second generation of Lenovo’s foldable screen notebook.

And, of course, it arrives bringing improvements and news compared to its predecessor, being the main choice of users today. It has 12th generation Intel Alder Lake-U processors, with options ranging up to the Core i7 1260U, which has 10 cores and 12 threads and runs at up to 4.7 GHz. In addition, options range up to 32GB of RAM and up to 1TB of PCIe 4.0 SSD storage.

Despite these very advanced and cutting-edge settings, the big highlight is the folding screen, which is a 16.3-inch OLED panel. Its resolution is 2560 x 2024 pixels and it has a 4:3 aspect ratio with a standard refresh rate of up to 60 Hz. When the screen is folded, this screen is more compact, but still at a comfortable-to-use size of 12 inches and a 3:2 aspect ratio.

The folding screen aims to facilitate the use of the device, as well as facilitating its transport and storage. Image quality is a plus, as it has a peak brightness of 600 nits and HDR support with Dolby Vision. And for those who like to use a pen, it is still compatible with Sytlus, in addition to being touch sensitive. 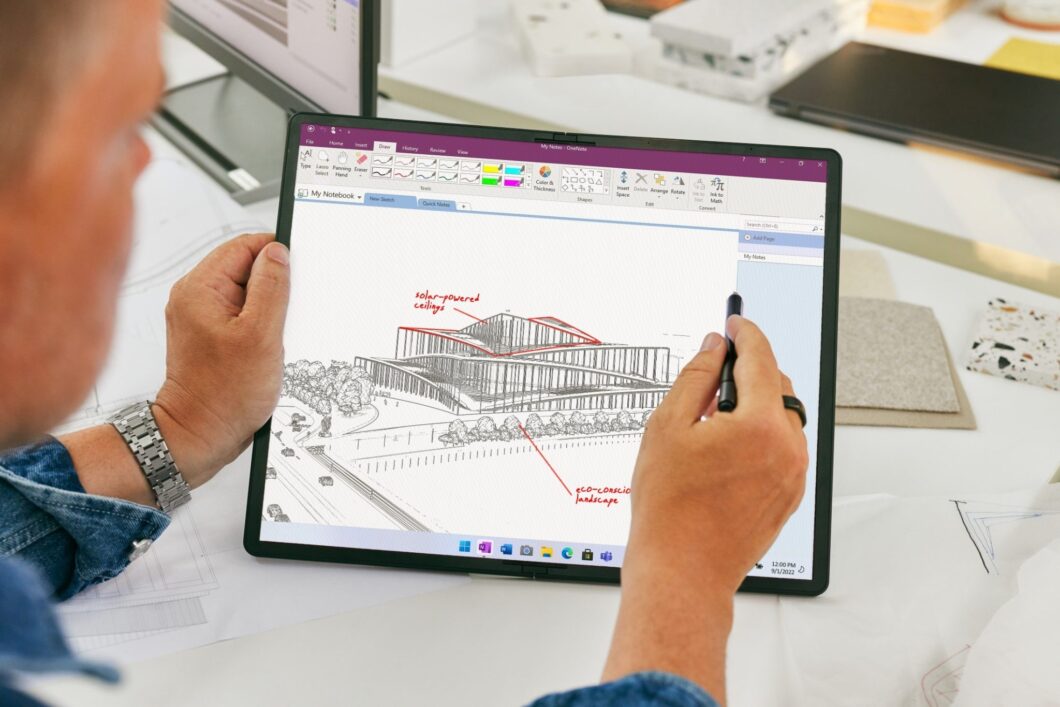 One of the changes compared to the first generation is in the finish. The first model came with a leather finish and a hidden hinge. In this second generation the hinge is exposed, protected by fabric made with recycled plastic, and metal for greater protection and durability.

When the screen is closed, it follows the teardrop closure, which is ideal for preventing any gaps in that fold or any gaps or creases. Its durability is also assured by the MIL-STD-810H military certification.

When you buy the notebook, you already have the keyboard too, which is a wireless model to bring even more comfort at the time of use. It also arrives with improvements over the previous generation, and according to the company it is more full-bodied and comfortable. It has a larger size for more pleasant typing and comes back with a red trackpoint. Its trackpad has haptic feedback and can even be used vertically with the help of the new base.

The ThinkPad X1 Fold Gen 2 comes with a 48 Wh battery and fast charging up to 65 W. However, the user can still upgrade the component, adding a 16 Wh cell, thus getting 64 Wh in total. Although this possibility exists, Lenovo has not confirmed whether these cells would be sold here in Brazil or not. 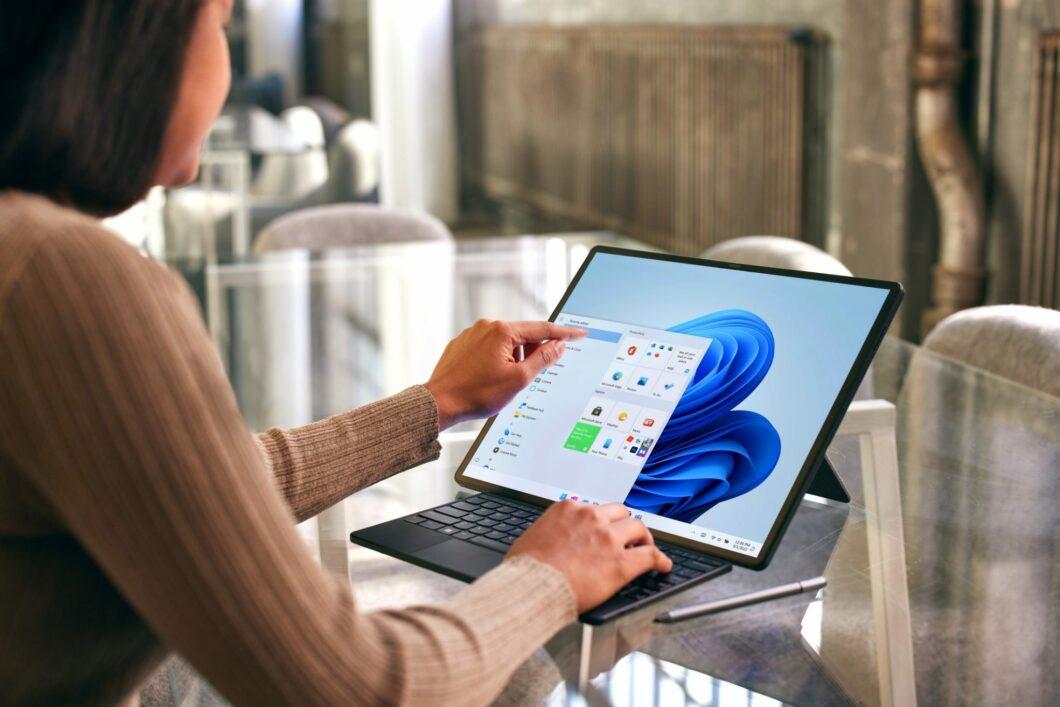 In addition, other highlights go to the 5 MP front webcam for video calls and conferences, as well as being used for 3D facial recognition. Regarding unlocking, it still has support for the Inter Visual Sensing Controller (VSC), which allows it to be done regardless of screen orientation. Another way to unlock it is on the keyboard, which has a biometric sensor for fingerprints.

Finally, the ThinkPad X1 Fold Gen 2 comes standard with the new Windows 11 Home or Pro, depending on the user’s choice.

One of the company’s celebrations in relation to the 30th anniversary of the ThinkPad line was the announcement of a special edition of the ThinkPad X1 Carbon, which will also arrive in Brazil, but in limited stock, so anyone who wants to secure yours will have to be quick.

It is one of the company’s most advanced ultrabooks, featuring 12th generation Intel processors that go up to the Core i5 124P. In addition, it also has options that offer soldered LPDDR5-5200 RAM memory of up to 32 GB and M.2 NVMe PCIe 4.0 SSD storage of up to 2 TB. 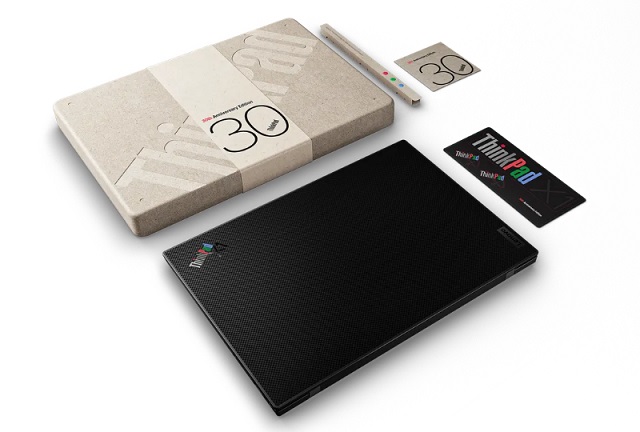 The screen also comes with options, being touch sensitive or not. It is an IPS LCD panel with a Full HD+ resolution of 1920 x 1200 pixels and has an aspect ratio of 16:10 and a standard refresh rate of up to 60 Hz. The maximum brightness is up to 400 nits and it also has 100% coverage of the sRGB color gamut.

This 30th Anniversary Special Edition arrives with some unique details. First, its packaging is biodegradable, made with bamboo fiber with sugar cane and also has a decorated look in honor of the 30 years of the line. On the inside, it still comes with pamphlets that tell a little about the history of the Thinkpad line and also 3 additional trackpoints, being red, green and blue for the user to choose a color for customization. Another change is the ThinkPad logo, which is colored in this edition.

This special edition will only have 5,000 units prepared and will only be sold in selected countries, and Brazil is among them.

Other models that will also arrive here 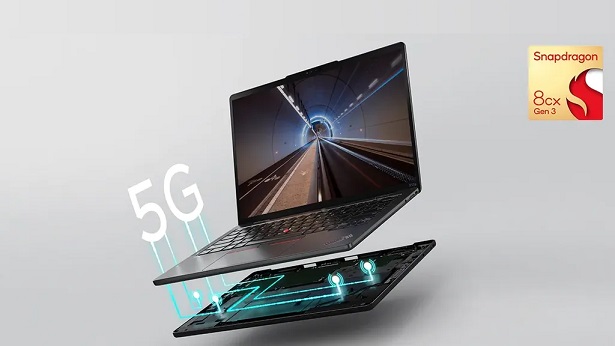 In addition to these models, Lenovo also announced other products that will arrive in Brazil in the coming months.

The first of these is the ThinkPad X13s, which comes with Snapdragon 8cx Gen 3, Qualcomm’s latest chip for notebooks. According to benchmark results, it is equivalent to an Intel Core i7 1165G7. The company reveals that the device brings a “smartphone experience” in terms of battery life and connectivity. It should arrive here as the first notebook to have compatibility with 5G connection. It is a compact model, with a 12.3-inch screen and has options of up to 32 GB of RAM and 1 TB of SSD storage.

Other models that will also arrive here are the ThinkPad Z13 and Z16, which were revealed at CES. They have a different look, with a keyboard that extends from one side to the other and a cover with synthetic fabric, although there is an option with metal. These are models for those who want something more compact and yet powerful, both with powerful AMD chips.

Lenovo announced the arrival of the products here in Brazil, but without revealing the exact date of all, and some will only be available next year. Check out what the company has confirmed so far:

Previous Film Schedule from October 15th to 21st
Next Putin responds to Europeans, warns of global catastrophe if NATO gets involved in Ukraine 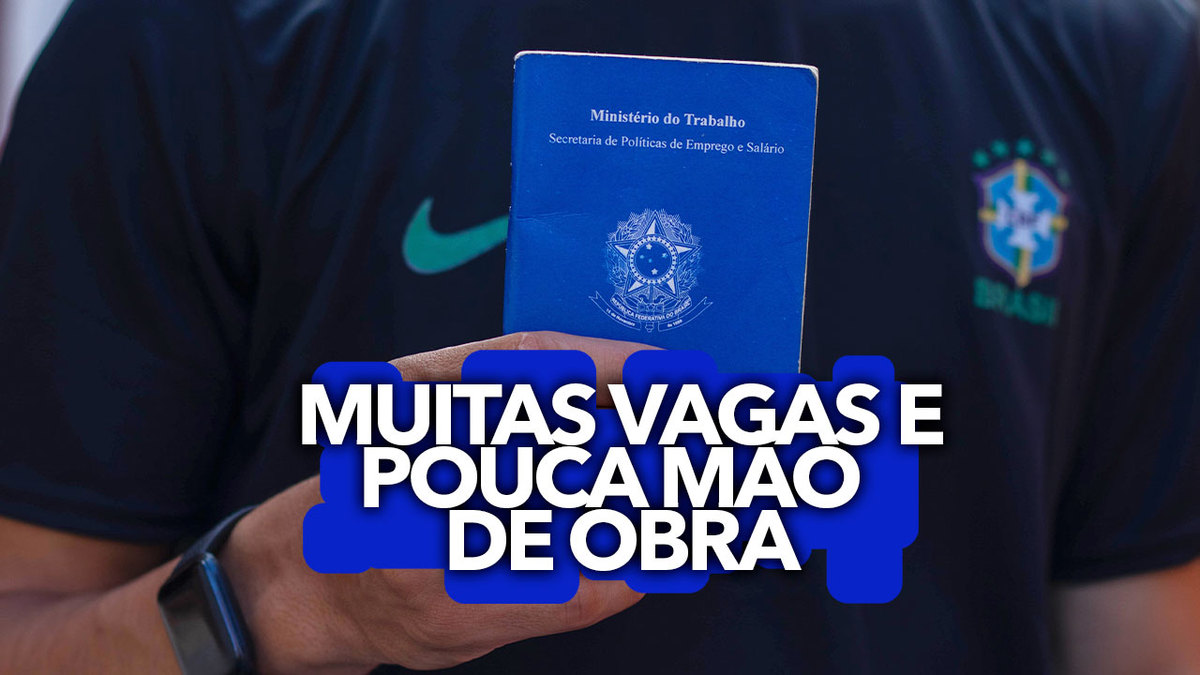 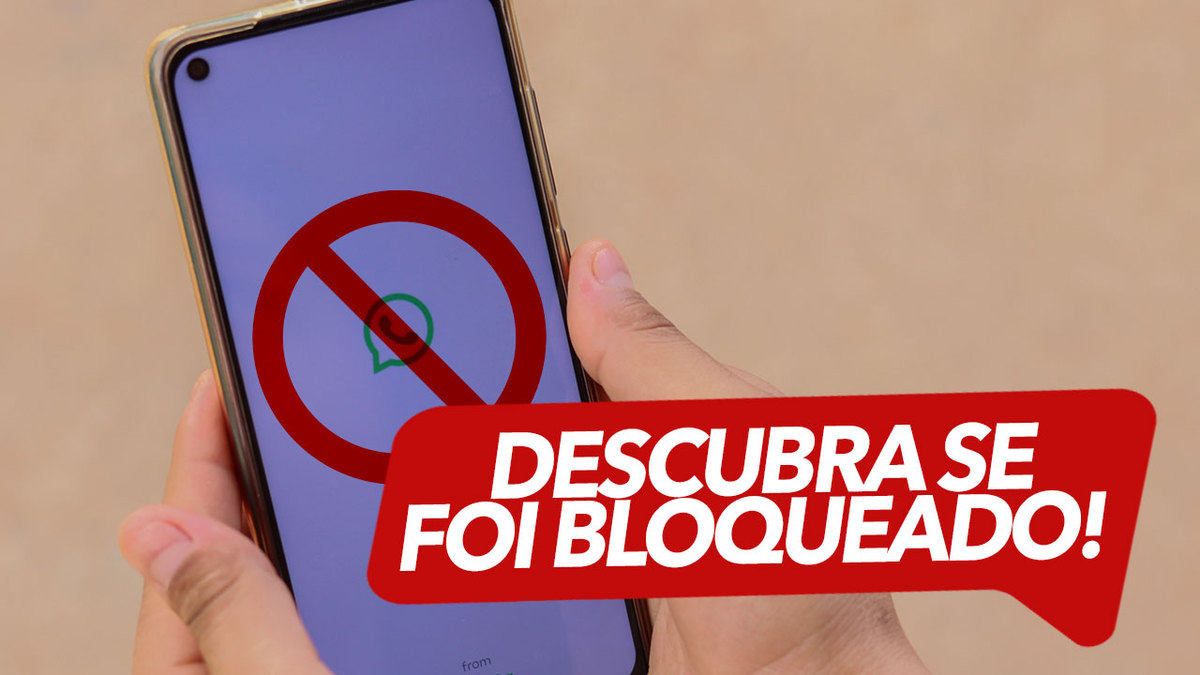