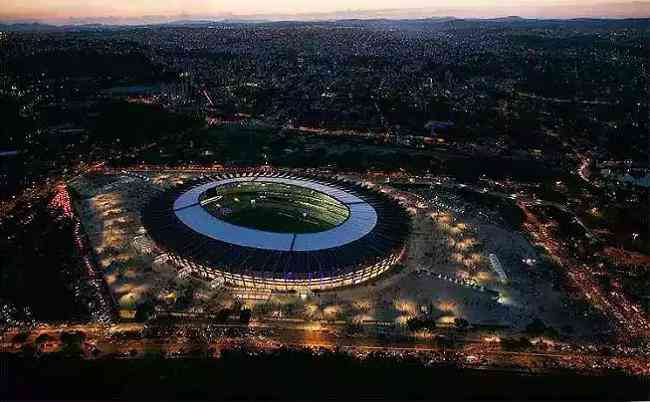 The Public Ministry of Minas Gerais (MPMG) asked Justice, this Friday (10/14), that the Minas Arena be banned from holding concerts and non-sporting events in Mineiro. According to the agency, the company that manages the stadium needs an environmental license and permit for location and operation for this type of activity.

Also according to the MP, the Gigante da Pampulha has an environmental operating license, location and operation permit until January 15, 2023, which allow it to play games.

However, the 16th Public Prosecutor’s Office for Housing and Urbanism of BH understands that the place started to have parties as the main practice and, therefore, other events should be licensed as temporary.

The note also emphasizes that the studio was not concerned with implementing measures to reduce impacts, mainly acoustic treatment.

“Among the various problems reported by the surrounding residents, noise pollution is without a doubt the one that most affects the environmental quality and people’s lives, especially those carried out in external areas, parking lots and esplanades”, he argues.

For the MPMG, noise pollution is found in almost all major events and musical shows held on the lawn, parking lots and esplanade, “due to the absence of effective environmental control measures.”

“The violation of the environment is not restricted to the residents of the establishment’s surroundings, but to everyone who is exposed to it and cannot be individually identified”, completes the body.

The MP also asked Justice for Minas Arena and the municipality of Belo Horizonte to pay a fine of at least R$50 million “for the collective environmental moral damage caused”. The body also requests that a fine of R$ 500 thousand be fixed for each event or show held and authorized in disagreement with any court decision. See the Ministry’s full statement here.

Minas Arena stated, in a statement, that less than 5% of the total number of events impact residents. Even so, the company has already contracted technical studies to evaluate and propose new measures to control the sounds of concerts held at the stadium, in addition to testing different sound limits.

“The operation of Mineiro is duly authorized by the Municipality of Belo Horizonte. The authorization for the realization of non-sporting events is granted by the city hall directly to the producers. No event takes place in the stadium without having all legal authorizations respected”, he said.

Mineiro has established itself as the largest entertainment platform in Minas Gerais, having received, since the renovation, in 2013, more than 5 million people at events, not counting the football audience. In 2022, Gigante also became the capital of music festivals in the country, contributing directly to the state’s economy.

According to a 2019 study by Ipead, from UFMG, the events promoted by Mineiro generated, in just one year, BRL 948 million in the Minas Gerais economy, of which BRL 862 million in Belo Horizonte, in addition to the creation of almost 6,000 jobs. . In other words, the stadium annually returns to the economy an amount greater than the cost of its renovation for the World Cup. Due to the pandemic in 2020 and 2021, there was a combination of events for 2022. Aware of the impact of economic activity in the neighborhood, Mineiro set up a working group to encourage dialogue with residents’ associations in order to mitigate the impacts of the holding of events.

The operation of Mineiro duly authorized by the City of Belo Horizonte. Authorization to hold non-sporting events is granted by the city government directly to producers. No event takes place in the stadium without having all legal authorizations respected.

Even though Mineiro is not directly responsible for holding the events, it works preventively with promoters to guide and demand compliance with the legal limits on noise emission. In contact with the surrounding residents’ associations, Gigante identified that less than 5% of all events impact residents. In addition, it contracted technical studies, together with specialized professionals, to evaluate and propose new measures to control and mitigate possible impacts arising from the performance of shows in different spaces, among them:

1) Limitation of show end time and space use;

2) The imposition of more restrictive rules for the use of fireworks even before the recently passed municipal legislation;

3) The monitoring of the surroundings and the active control of the noise sources of the shows;

4) The strengthening and extensive dissemination of the Call Center and communication channels with the surrounding communities;

5) The assisted operation, contemplating the invitation to the residents’ associations to follow up on how the monitoring and control measures are carried out, in order to inform and publicize the measures adopted to mitigate impacts.

In addition, different sound limits of the emitting sources are being tested in concerts held at the complex. Based on this information, Mineiro has been evaluating, together with event promoters, the effectiveness of adopting different levels of emission, depending on the technical characteristics, time and space in which the events are held, so that there is no discomfort sound with the surrounding residents.

Such measures have proved to be positive, as Mineiro has received positive feedback from residents’ associations in the surrounding neighborhoods, in the sense that the improvement in sound control is remarkable. Regarding the action mentioned by the report, the Mineiro cannot comment because he was not notified.

Previous Chinese Communist Party meets to give Xi Jinping a 3rd term, making him the most powerful leader since Mao Zedong; understand | World
Next ‘I lost the fear of dying’