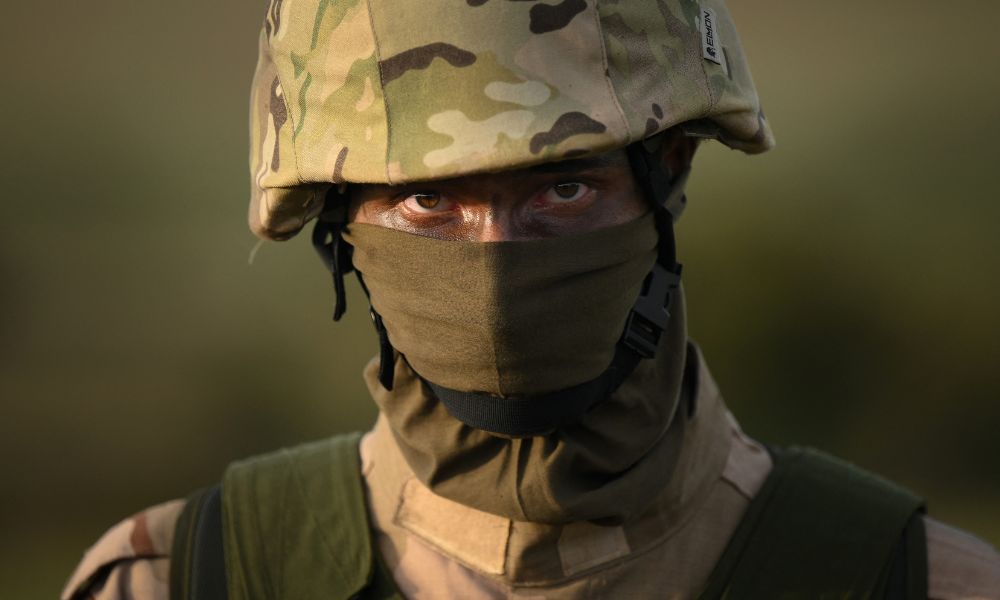 Russia vs Ukraine: who is winning the war and how long will it last?

Kiev launches accurate counteroffensive, regains territories and forces Moscow to live with internal pressure, but Ukrainian advantage could escalate conflict to use of nuclear weapons

About to complete eight months of the conflict between Russia and Ukraine, the whole world asks: who is winning the war? The answer divides the opinion of experts due to recent events. since september, Volodymyr Zelensky, the Ukrainian president, has achieved victories after launching a well-aimed counter-offensive. He managed to expel Russian troops and regain territories annexed by Vladimir Putin — the day after the Russian leader signed the document that transferred the power of the region to Russia —, liberated areas that were under the control of enemy troops (2,500 km² were recovered) and, recently, in an act considered symbolic by the specialists, to attack the Crimeaa region annexed by Putin in 2014. That attack prompted an immediate response from Moscow, with a week of bombings in Ukrainian cities, including the capital Kiev, which had not been targeted since March, when the Russians withdrew their troops.

For Gunther Rudzit, professor of international relations at ESPM, “Ukraine is winning and you can’t help but see it”. He argues that Zelenksy was able to retake, in a short time, territories that Russia took months to conquer. The professor observes that, from February to now, there has been a change in the phase of the war, which is associated with western weaponry, especially the himars. “Rocket launchers have arrived in large numbers and are being deployed in a very well-planned way,” explains Rudzit, adding that they help cut supplies to Russian soldiers on the front lines. Angelo de Oliveira Segrillo, a Brazilian historian specializing in Russia and the Soviet Union, believes the war is at an impasse. “Both sides have wins and losses.” He points out that Putin faced defeat in the very first month of the conflict, when he failed to take the capital and overthrow the Zelensky regime. He needed to withdraw his troops from the region and focus on other points, especially the territories in which he managed to establish a presence and increase the amount of occupied spaces.

Ukraine, for its part, by making Putin change his plans and, recently, forcing him to call up reservists — an extremely unpopular decision — has enshrined its strategy. Segrillo warns that the impasse he is referring to is not just about Russia and Ukraine. “We are at a world-class impasse, because it is not just a conflict between Russia and Ukraine. This could generalize to a world conflict involving the North Atlantic Treaty Organization (NATO),” he explains. The historian says that Western aid has strengthened Zelensky. However, there is a risk that Putin will classify them as co-participants. Russia’s recent attacks are seen by NATO as signs of weakness. “The reality is that they cannot move forward, Russia is really losing the battlefield,” said Western Alliance Secretary General Jens Stoltenberg. In his view, Russian troops are ceding territory because they have no ability to stop the advance of Ukrainian forces. “The way they can respond is through disorderly attacks on Ukrainian cities, hitting civilians and critical infrastructure.”

Experts agree. Rudzit associates these weaknesses with Russia’s failure to stem losses and turn the war around. “Whether you like it or not, the explosion of the bridge in Crimea was humiliating,” says the expert. He claims that Putin now resorts to brute force. He even recently appointed a new general to the Army. Serguei Surovikin, 55, is a veteran of the civil war in Tajikistan (1990s), the second Chechen war (2000s) and the Russian intervention in Syria, launched in 2015. Rudzit does not believe these decisions will have any effect. . “As much as it is a violent Russian counterattack, it will not change the course of the war,” he says. Segrillo walks in the same thought. “Putin is committing acts of desperation. From the moment he had to make the mobilization of reservists, tremendously unpopular, and he started trying to make annexations, it shows that he wants to end this war as soon as possible.”

For him, the Russian is looking for a ceasefire similar to what happened between the Koreas in the 1950s, where the war never ended, it was only stabilized. That’s because Russia is already feeling the effects of sanctions imposed by the West. “The Russian economy is going to have negative growth this year and it is working almost like a war economy, with state intervention, regulated prices, currency confiscations. It’s inefficient,” says Segrillo. For him, with the annexations, Putin made a “leap forward” to see if Ukraine would be scared and accept a ceasefire agreement. A scenario far from reality, as Zelensky signed a decree formally announcing the “impossible” prospect of peace talks between Ukraine and the current Russian president. This scenario shows that Kiev will fight to the end. Rudzit says that, in order to have a negotiation, it will take “strong pressure from the United States to get the Ukrainian government to sit at the negotiating table”. He doesn’t see this happening easily.

The escalation of the conflict comes as winter approaches the northern hemisphere. This week, Ukraine’s prime minister suggested energy rationing to avoid a more drastic situation. “We ask you to limit consumption at peak times,” pleaded on Telegram Ukrainian Prime Minister Denys Shmyhal. “Do not turn on high consumption equipment at this time when the terrorist state continues to carry out massive attacks against our country’s infrastructure,” he urged. Winter is one of Putin’s hopes. For Rudzit, the Russian is betting on a strong humanitarian crisis that makes Zelensky or the West seek a negotiable way out. The expert believes that will not happen, even with the possibility of the new general attacking Ukraine’s energy infrastructure. “To make them suffer,” he points out.

However, unlike the French and Germans, Ukrainians are used to harsh winters, points out Rudzit, referring to Hitler and Napoleon, who tried to invade Russia in winter. For Segrillo, the issue of the cold could change the course of the war. Winter usually hinders attackers, because military operations are difficult. But he warns that low temperatures could weigh on Western Europe because of the energy issue. “The people themselves may begin to ask themselves: ‘Why are we in need here, why are they helping Ukraine?’ This scenario could be favorable to Russia.” Rudzit believes that the most likely scenario is a “paralysis of the front during the winter, and the most fearful scenario is a collapse of the Russian front”. In the same way that Putin bets on the station as a weapon, the Ukrainians can make Russian logistics unable to provide what its soldiers need at least to keep warm. “It wouldn’t be the first time an army has collapsed at the front.”

Experts believe that Ukraine has what it takes to emerge victorious, but that does not mean peace. On the contrary. “I’m worried about Ukraine as a winner, because it’s really a scenario where Putin can start to realize that he can escalate the war,” says Rudzit. By escalation, he means the use of nuclear weapons. Segrillo concurs: “Ukraine has taken back a lot of those territories it has controlled since the war started, especially the ones that were recently annexed.” The Russian leader, points out the ESPM professor, has not yet started using nuclear weapons because he does not feel he is losing. “The problem is that, with these advances, internal criticism has already grown and could mean he falls from power. Putin can really escalate with the thought of, ‘I’ll go, but I’ll take a lot of people with me.’ There are already internal demonstrations against him, both from more moderate people and from those who are extremists and criticize the Army for not using nuclear weapons.” Rudzit is hopeful that it will not be necessary to resort to mass destruction. “The American government is looking for an honorable way out for Putin, because there is a danger that Russian forces will collapse and cease to function as an army, Ukraine will even recover Crimea.”

Previous find out how to find your car with whatsapp
Next ‘Cyrano’: Musical Romance Starring Peter Dinklage Premieres on Prime Video

Choosing a child’s name is definitely not an easy task, as this is something that …