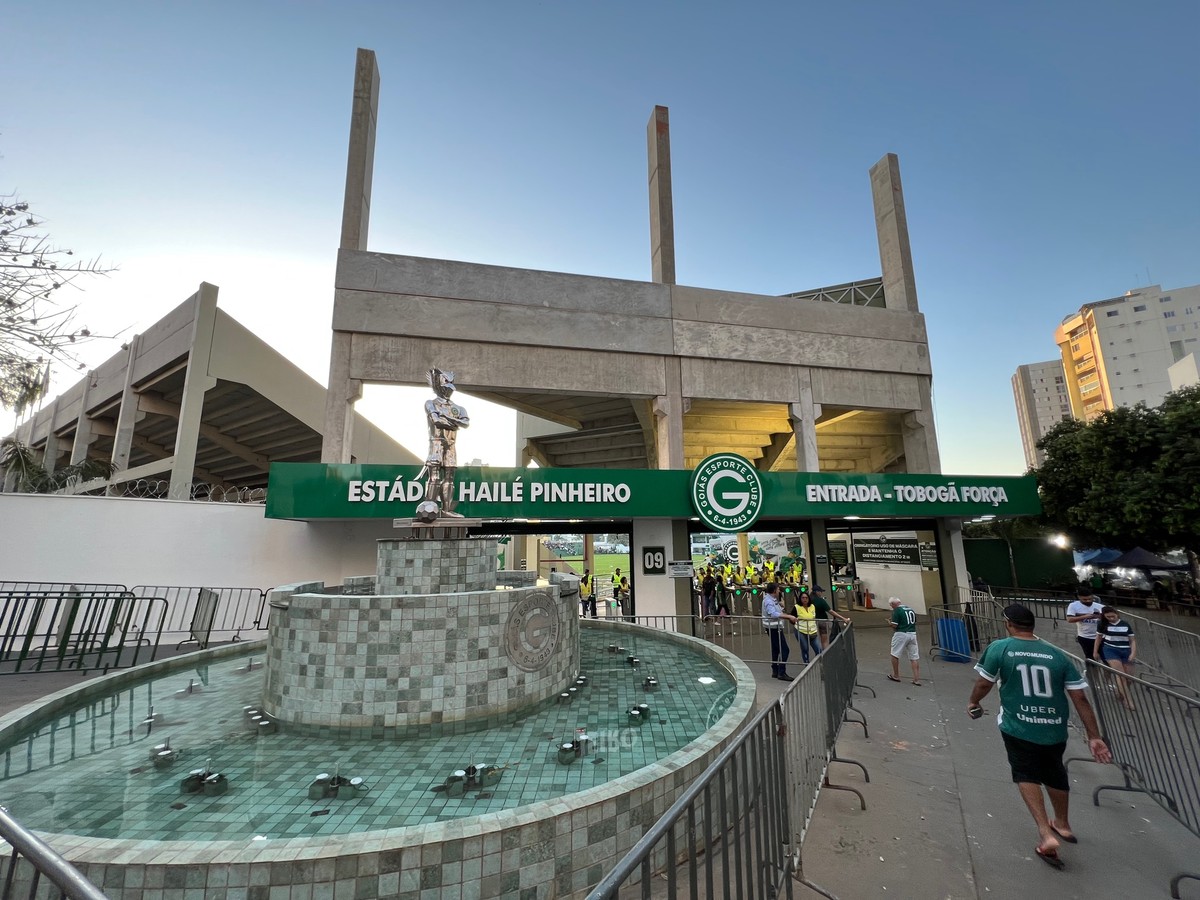 In a decision published on Saturday afternoon, the STJD (Superior Court of Sports Justice) determined the suspension of the game between Goiás and Corinthians, scheduled for 7 pm on Saturday, at Serrinha, in Goiânia.

The reason is the disagreement about the presence of visiting fans in the stadium. The decision is signed by Otávio Noronha, president of the STJD, who says he preserves the sporting order and balance of competition.

“It is the responsibility of this STJD, to ensure, as a last resort, the sporting order and the balance of competitions, so that, the only proportionate and adequate measure for that, given the framework that is revealed, is the determination of the suspension of the match, so that another one, in due course, is designated by the sports organization entityunder conditions that the Game can be carried out without the vilification of the principles that must be preserved”, says an excerpt from the decision.

After complying with a decision by the Superior Court of Sports Justice (STJD) and releasing the sale on Friday, Esmeraldino accepted the decision of the Goiás Court of Justice, which followed a recommendation from the state Public Ministry for the game to have a single crowd.

+ Learn all about Goiás vs Corinthians

In an official note, Corinthians expressed its satisfaction with the decision and stated that it “reinforces its uncompromising position in the permanent fight for its rights and for the presence of Fiel Torcida in all the team’s games, for any competition and will await further guidelines from the sports court to regarding the suspended match”.

In addition, Timão talks about reciprocity, since Goiás fans were able to go to Neo Química Arena in the first round game.

Initially, the game would have a single support from the emerald team, following the recommendation of the Public Ministry of the State of Goiás (MP-GO) and determination of the CBF competitions board. The measure had been taken on account of the history of violence between the two fans, including in the first round of the Brazilian Championship, in São Paulo.

Corinthians appealed the decision and obtained a court injunction, which was overturned this Saturday morning.

According to a statement issued by Goiás, emerald fans who had already bought tickets for Sector 3 will be able to go back to the venue without any problems.

See the full text of the STJD’s decision:

“Two more petitions contribute to these records, the first from Goiás and the second from Corinthians, both stating that the Honorable TJGO delivered a decision in the context of an Interlocutory Appeal taken from a Public Civil Action, through which, in In anticipation of the effects of the appeal, it was determined that the Game scheduled for today, at 19:00, would take place with a single crowd, with the entry of supporters of the visiting team, here Plaintiff, being prohibited.

Goiás adduces that together with the CBF, occupies the passive pole of that procedural relationship, but that in the face of what remains determined, it cannot comply with the decisions issued by this Sports Court.

Corinthians, in turn, beckons with the competence attributed to Justice by the Constitution of the Republic, begging that the observance of the decision rendered herein be reaffirmed; that a procedure be established for the investigation of violation of art. 231 of the CBJD; and, subsequently, that the match is suspended.

Having reported the essentials, I decide.

In the strictly technical aspect, there is no need to consider a conflict between the decisions rendered by the Sports Court and by the ordinary Court. This is because, as already decided by the C. STJ, at least when it opportunely considered a preliminary request formulated in CC 175127-RJ, it reaffirmed that, as is well known, the Sports Justice is obviously not part of the Judiciary.

In fact, the Constitution of the Republic attributed to the Sports Justice the competence to say about the issues related to the discipline and organization of Sports, thus creating, in the light of what has already been stated by Ex. STF, the only hypothesis of relativization of the principle of inexorability of immediate access to the Judiciary, provided for in art. 5 of the Political Letter (ADI 2,139 MC and ADI 2,160 MC vote of the reporter for the ac. min. Marco Aurélio, j. 5-13-2009, P, DJE of 10-23-2009.)

At a R. Decision rendered by the Judiciary, however, cannot be denied validity.

So it is that, determined by the Common Justice, that the visiting fans will not be able, in the game scheduled for today, to enter the Stadium, it is not up to this Sports Justice, to determine that Goiás and CBF act in disagreement with the court order.

On the other hand, however, it is the responsibility of this STJD to ensure, as a last resort, the sporting order and the balance of competitions, so that the only proportionate and adequate measure for that, given the framework that is revealed, is the determination of the suspension of the performance of the match, so that another, in due course, is designated by the organization of Sport, in conditions that the Game can be carried out without the vilification of the principles that must be preserved.

In view of the foregoing, and in view of the decision of the Common Justice, I grant the applicant’s request and determine the suspension of the match between Goiás and Corinthians, valid for the 2022 Brazilian Championship, designated for today, 10/15/2022.