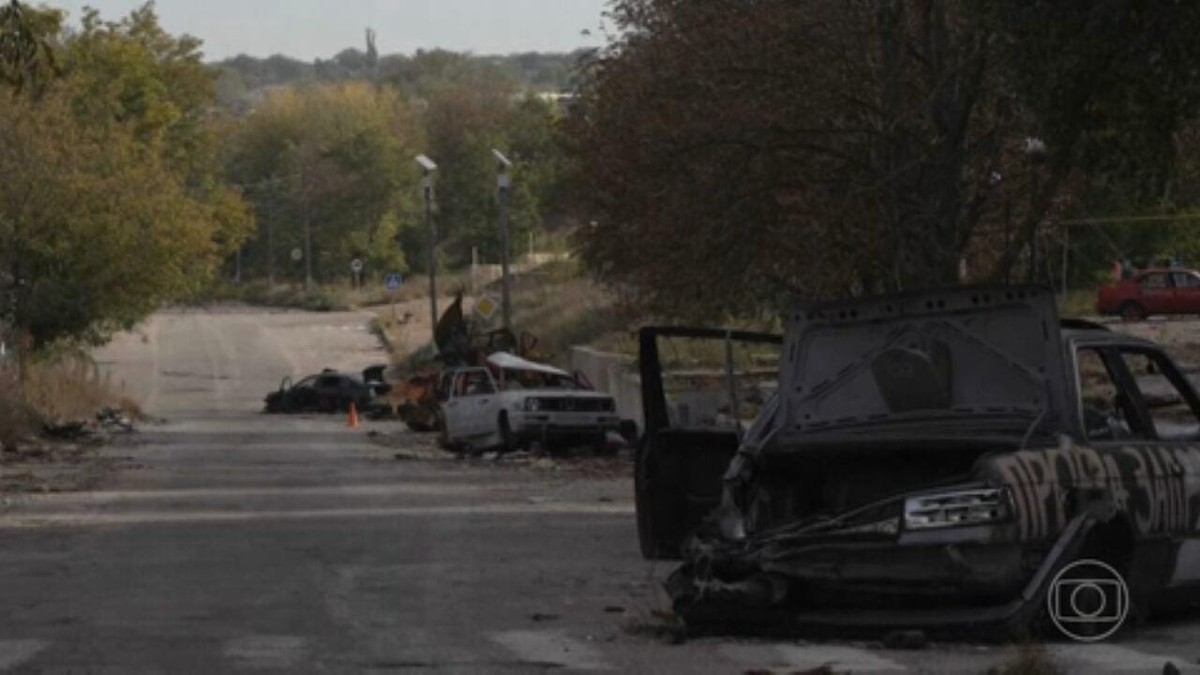 Vladimir Putin: Russia is doing ‘everything right’ in Ukraine | World

Russian President Vladimir Putin said on Friday that there will be no further mass bombings in Ukraine and that he will not mobilize even more reservists in his country.

During a press conference in Kazakhstan, the Russian president said that “it is not pleasant what is happening now”, but if Russia had not invaded Ukraine, “we would be in the same situation a little later, only in worse conditions for us”. , so we’re doing everything right”.

In recent weeks, the Russians have been forced to withdraw from various positions in eastern and southern Ukraine in the face of a surprising Ukrainian counteroffensive.

The advance of Ukrainian forces has forced Kremlin-established authorities in the Kherson region, one of the regions that Moscow claims to have annexed, to request the evacuation of civilians.

Russia says there has been a considerable increase in Ukrainian bombing in several of its border regions.

On Friday, Ukrainian bombing caused a fire at an electrical substation in the Russian city of Belgorod, close to the border, according to regional governor Vyacheslav Gladkov.

Earlier this week, Russia launched a massive bombing campaign against several Ukrainian cities, including Kiev, in retaliation for an explosion that damaged the Kerch bridge in Crimea, a peninsula annexed by Russia in 2014.

Classifying the attack as a “terrorist action” carried out by Ukrainian services, the Russian government announced on Friday that it intends to restore the bridge in less than nine months, before July 1, 2023.

Built on the orders of the Russian president, this bridge is essential for supplying Russian troops in Ukraine.

The Russian president also indicated that he does not foresee a new mobilization of reservists, after the one announced three weeks ago. According to him, 222,000 soldiers, of the expected 300,000, have been recruited so far, and 16,000 are already in “units involved in the fighting”.

Ukrainian President Volodymyr Zelensky promised victory to his citizens in an act to commemorate Defender’s Day.

On the occasion of this holiday, portraits of around 180 soldiers who died in Mariupol, a port city besieged for months by the Russian army before it fell in May, were placed in front of Saint Sophia Cathedral in Kiev.

Despite the Ukrainian counter-offensive, Russian and separatist forces carry out offensive moves in an eastern sector and say they are in a good position to conquer the city of Bakhmut.

Controlling this city would allow Moscow to advance on two other cities controlled by Kiev in the Donetsk region, Kramatorsk and Sloviansk.

According to Andrei Marochko, a representative of separatist forces from the neighboring Luhansk region, but fighting in the region, “there is continuous fighting” and Ukrainian troops are pushed “to the northwest and west of the city”.

The UN Special Representative for Sexual Violence in Conflict, Pramila Patten, said the rapes and sexual assaults attributed to Russian forces in Ukraine were a “military strategy” and a “deliberate tactic to dehumanize victims”. She said she had heard testimonies from women saying that Russian soldiers were ‘equipped’ with Viagra.

Previous Land in the Metaverse: See How Much It Costs and How to Buy Virtual Land | Virtual reality
Next Luís Castro projects reinforcements for Botafogo next season and opens game on Patrick de Paula