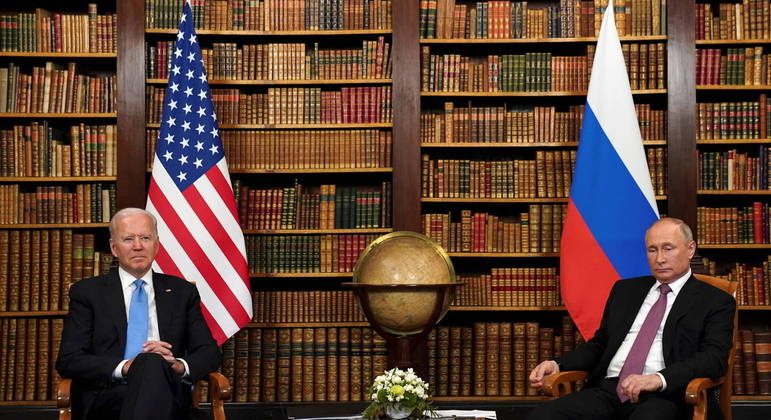 What is the motivation for countries to develop nuclear weapons? – News

The development of nuclear weapons has regained the world’s attention after North Korea’s intensified military exercises. As the world’s most closed nation, little is known about Pyongyang’s advances in this type of weaponry.

A few weeks ago, North Korean leader Kim Jong-un, together with the country’s politicians, made the nation’s nuclear status irreversible. That is, North Korea cannot participate in international agreements that demand an end to the local nuclear military program.

“The greatest meaning of legislating nuclear weapons policy is to draw an irreversible line so that there is no bargaining over our nuclear weapons,” Kim said in a speech to the Supreme People’s Assembly.

Although this policy by North Korea raises a warning in the international community, the risks of this type of weapon being used by Pyongyang in the future are minimal. This is because a nuclear weapon, in theory, would only be used by a country in case of defense of its own territory.

According to the coordinator of the postgraduate course on Politics and International Relations at Fespsp (School of Sociology and Politics Foundation of São Paulo), Rodrigo Gallo, after the US attacks against Hiroshima and Nagasaki, in Japan, the nuclear weapon became be developed not to be used.

“The destructive potential of this type of arsenal became evident. So, from there the idea developed that nuclear weapons are not manufactured to be used effectively; they are instruments of deterrence”, explains Gallo in an interview with R7.

There is not much information about the status of North Korea’s atomic weapons development program. Even with the testing of missiles that could carry warheads almost monthly and with the criticism of authorities and organizations, no nuclear power, like the United States or France, gave any sign that they would attack the Asian country.

“The alleged sporadic tests serve as a warning to the rest of the world and are partially responsible for the regime’s survival”, says the political scientist. “There is a lot of international criticism, but effectively no one attacks North Korean territory. So, in that aspect, we can say that there is effective functionality.”

If all countries that have nuclear weapons do not attack each other precisely because of the existence of this type of arsenal, would the way be to promote the development of warheads among all nations? Even if someone promoted this idea, this would not be possible, since in 1968 the NPT (Treaty on the non-proliferation of nuclear weapons) was created.

The main objective of the agreement is to prevent the nations that signed the treaty from continuing to develop nuclear weapons. In theory, the expansion of this type of arsenal could lead to increased tensions in international relations and, consequently, to new conflicts that could culminate in the use of atomic bombs.

Thus, since the late 1960s, those who had a nuclear arsenal kept what they had. Therefore, the United States and Russia (at the time under the flag of the Soviet Union), which had the largest number of weapons of this type at the time, remain to this day as hegemonic military forces.

“It is important to emphasize that a criticism commonly made against the NPT is that it froze or tried to freeze, at least, the defense architecture of the international system, keeping countries already militarily nuclearized in the position of great powers, and vetoing other nations from developing the same kind of arsenal”, emphasizes Gallo.

There are also countries that develop nuclear technology, but do not seek to take the studies to the military path with the production of weapons.

Currently, the US and Russia seek to renew the bilateral treaties they have on nuclear weapons, such as the New Start. While US President Joe Biden still wants to involve China in the deal, Moscow is skeptical about new treaties with Washington.

“Even in times of the Cold War, the Soviet Union and the United States addressed security issues and reached compromises,” Russian Security Council Vice President Dmitry Medvedv said in August. “However, I insist: now the situation is much worse than in the Cold War. Much worse! And it’s not our fault.”

Gallo also cites the Cold War when recalling that the United States and the Soviet Union spent decades in a confrontation in which neither nation attacked the other directly. For the political scientist, this is a great example of the deterrent effectiveness of nuclear weapons.

“Just think of the current Ukrainian War: when the attacks began, there was a lot of speculation about what the so-called West could do against Russia. Economic sanctions and the shipment of weapons, equipment and ammunition to Ukraine were approved. However, no country has committed to support by sending troops and attacking Russian territory, precisely because of the fear of nuclear retaliation”, concludes Gallo.

Previous Someone could be using your hidden Wi-Fi! find out who
Next The 10 best horror series to watch on Amazon Prime Video