And the Carabajal? Midfielder has not played for Santos since leaving Lisca | saints

Argentine Gabriel Carabajal still hasn’t managed to convince coach Orlando Ribeiro that he deserves an opportunity at Santos. Before being an absolute starter with Lisca, the midfielder doesn’t even have a minute with the new commander and sees his competitors Ed Carlos and Luan gaining more and more space.

Signed from Argentinos Juniors in the last transfer window, Carabajal arrived at Vila Belmiro and soon assumed the starting position. The midfielder was used in the games against São Paulo, Cuiabá, Goiás and Ceará, but with the change in the technical command, he lost space.

With Lisca, the Argentine added 250 minutes on the field and, despite being responsible for the dead balls in the balls near the area and in the corners, he had no direct participation in any goal of the team.

When Orlando moved up from under-20 to professional, his first act was to remove Carabajal to give Peixe more offense. Since then, the coach has opted for Luan, Lucas Barbosa, Lucas Braga and Ed Carlos in the position, but without giving the Argentine a chance.

In addition to the technical part, Santos’ number 5 missed four days of training at CT Rei Pelé due to personal problems. The player was released by the board to travel to Argentina to accompany a family member in fragile health. Also for this reason, the midfielder was not included in the games against Atlético-MG and Juventude. 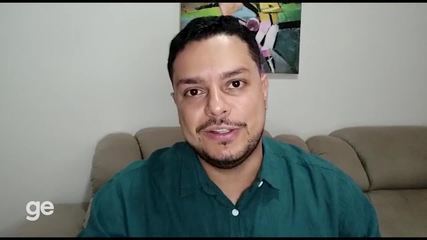 Henrique Fernandes analyzes Bragantino vs Santos, for the 32nd round of the Brasileirão

The midfielder works to regain the space conquered right after his arrival at the Vila Belmiro club. For that, he will have to debunk strong competitors like Ed Carlos, who gained prominence in the rout against Juventude, and also Luan, who although he went to the bench in the last round, is a name that pleases the coaching staff.

Throughout this week, Carabajal participated in all activities with the rest of the squad and will go to the confrontation before the next Monday, against Red Bull Bragantino, at 20h (GMT), in Bragança Paulista, for the 32nd round of the Brazilian Championship.