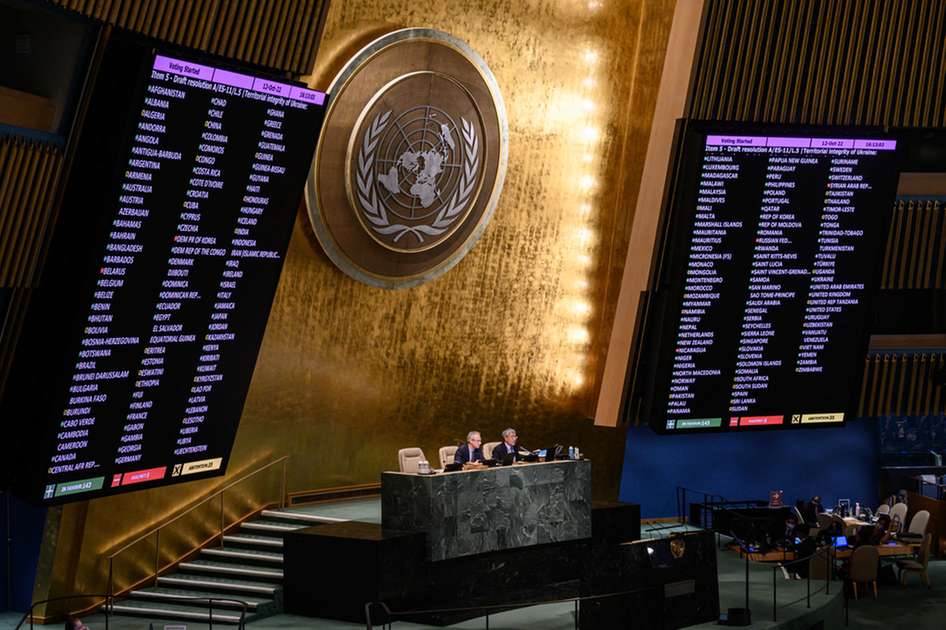 The General Assembly of the United Nations (UN) approved, this Wednesday (12), a resolution condemning “the illegal annexation” by Russia of four Ukrainian territories, announced two weeks ago by Vladimir Putin. Brazil, which was abstaining from voting on the war in the Eastern European country, voted in favor of condemnation.

The text, presented by Albania and Ukraine and co-sponsored by around 70 nations, was approved by a large majority — 143 votes against five. Only Russia, Belarus, North Korea, Nicaragua and Syria were against the decision. China, Bolivia, Algeria, Pakistan, Honduras and Mali abstained on the occasion.

Prior to this vote, Brazil had been adopting a neutral positioning about the conflict. According to the portal wow, Itamaraty believes that the effort of Western powers to isolate Moscow only deepens the crisis, breaking relevant communication channels to seek a peace agreement. However, the Brazilian government’s stance is considered in favor of Putin by Europeans and Americans.

Last week, Brazil abstained from voting on the creation of a human rights monitoring mechanism in Russia.

What does the resolution support?

Titled “Territorial Integrity of Ukraine: Upholding the Principles of the Charter of the United Nations”, the resolution states that “unlawful acts (referring to the referendums held by Russia in Donetsk, Kherson, Lugansk and Zaporizhia on 23 September 27) have no validity in any way, nor do they serve to modify in any way the status of these regions in Ukraine”.

In this sense, the text asks that States, international organizations and specialized UN agencies “not recognize any modification of the status” of these regions and demands that Russia “immediately and unconditionally revoke its decisions”, since they “constitute a violation of the territorial and sovereignty of Ukraine and are incompatible with the principles of the Charter of the United Nations.”

Likewise, the resolution calls for Russia to “withdraw immediately, completely and unconditionally all its military forces from Ukraine’s territory within its internationally recognized borders.”

This is third defeat that the international community has inflicted on Russia at the UN since the country invaded Ukraine on February 24, 2022, and coincides with a further escalation of indiscriminate bombings against civilians and Ukrainian civilian infrastructure.

Tags Disaster Accidents and the Environment Institutions and Parties

Previous One UI 5: interface will be released for first users by the end of the month
Next Botafogo x Internacional: where to watch, lineups, embezzlement and arbitration