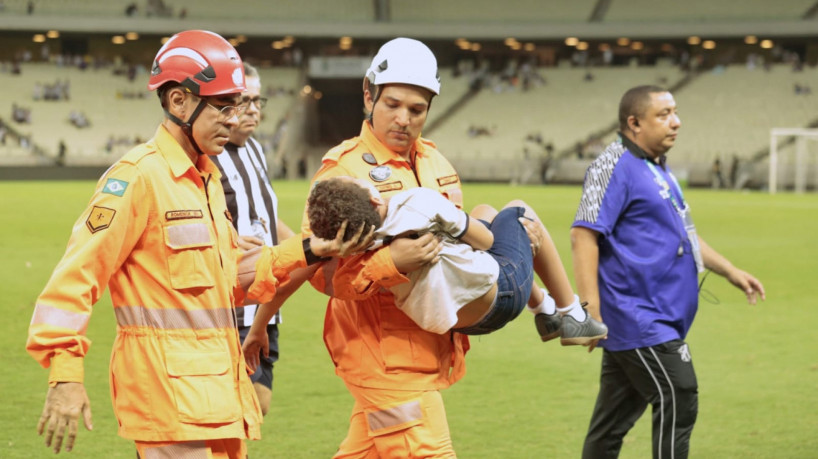 Fight in Ceará game has field invasion, crying and rush to locker rooms

Regretful scenes carried out by the Ceará fans took over the Castelão Arena this Sunday, 16, during the match against Cuiabá. After Deyverson’s goal in the 37th minute of the second half, a general fight started in the upper north, where the club’s organization is concentrated, and extended into the field.

While the confusion took place in the stands, where people exchanged punches and threw chairs at each other, Ceará tied the game with Jô, already in stoppage time. The goal, however, was overshadowed by later events.

In search of refuge and protection, fans who were not participating in the melee began to enter the field, including women, children and babies. The situation got out of control when the vandals involved in the fight also invaded the pitch and began to chase the Ceará players, who fled to the locker room in the face of imminent danger of physical aggression.

Vina was the first player to be attacked. Realizing the seriousness of the situation, the midfielder ran, along with other players, towards the locker room. Luiz Otávio, idol and captain of the club, was surrounded and needed help from the club’s security and employees. As he tried to protect himself, objects were thrown towards the defender, like a garbage can. Still on the field, the defender was moved to tears in front of the barbaric scenario.

Unable to continue the match, referee Caio Max summoned the coaches and captains of both teams to inform his decision to end the game, which ended in a 1-1 draw.

Watch the video of the moment: