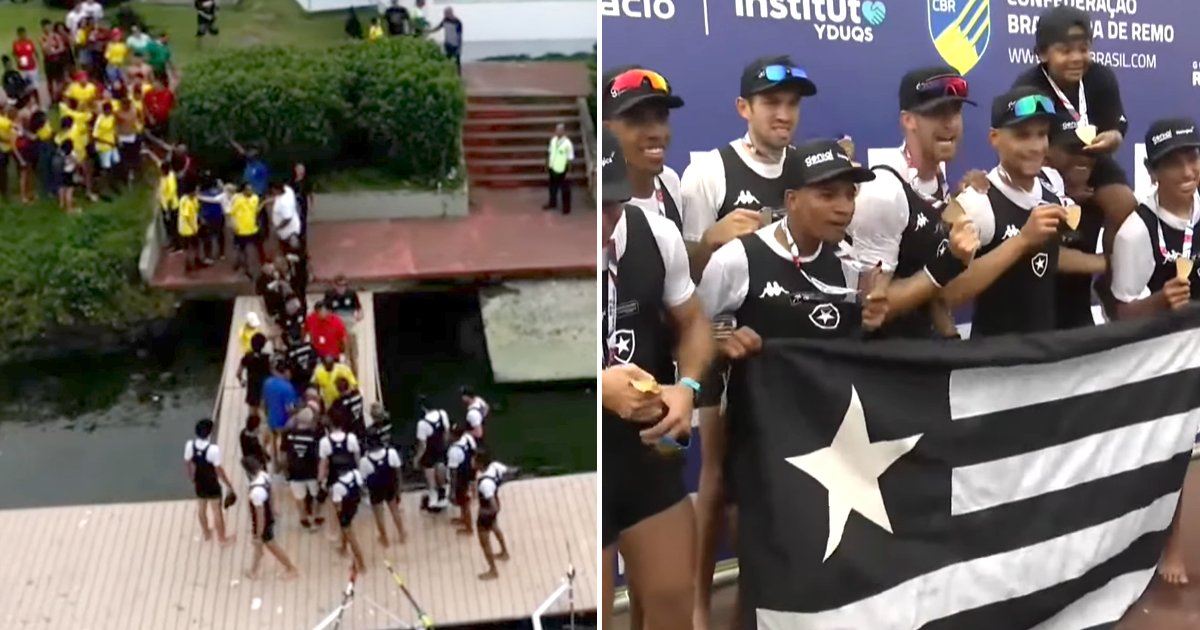 Flamengo does not deliver the state rowing title trophy to Botafogo; alvinegros and federation report and lament fights in Lagoa

O Botafogo became state champion of rowing 2022 this Sunday morning (10/16) at Lagoa Rodrigo de Freitas, South Zone of Rio de Janeiro. However, in the midst of the alvinegra celebration, fights and aggressions were reported to the writing of the StoveNET after the title won over the Flamengo.

Members of the Botafogo delegation regretted that Flamengo did not comply with the competition protocol. For being the current champion of the tournament, they should hand over the trophy to Botafogo, which did not happen.. The red-black club claimed disagreement with one of the results of the ten contests disputed and must seek appeals. The alvinegros received only the medals of the regattas of the day.

“Incredible! The guys stole the cup that Botafogo legitimately won. They really don’t know how to lose! Cup or no cup, Botafogo is champion!” – exclaimed Vinicius Assumpçãovice president general of the BFR on Twitter.

In addition to not handing over the cup, which was considered an unsportsmanlike attitude, Botafogo regretfully reported that two people were attacked in a fight at the venue. Former vice president of rowing and football Cacá Azeredo would have been pushed towards the water and the father of alvinegro athlete Uncas Tales was beaten in the confusion.

After what happened, the Rio de Janeiro Rowing Federation (Frerj) disapproved of the violence and made the Botafogo conquest official in a statement on social networks.

“There will be no publication of the end. Rowing is not a ring and therefore there is no reason to value what happened here at the end of this beautiful event! Fighting has no value in sport and therefore will not be news! Errata: Flamengo champion of the Sixth Regatta. Congratulations. Botafogo champion of 8com and State Championship 2022. Congratulations.“, published the federation.

But there was also a time for celebration. After the title, the Botafogo president Durcesio Mello celebrated the conquest.

“Rio champions. With a lot of race, talent and dedication. Congratulations to the entire rowing team. Very proud. And good things will come for years to come. Thanks Stove. Very happy. Now and give more resources to this Remo team. The crowd answered the call and attended“, wrote Durcesio in posts on Instagram.

See the publications below:

Previous Sinopsis, Cast and Trailer of Domingo no Cinema
Next After Crab Population Collapse, Alaska Cancels Fishing Season for the First Time | biodiversity