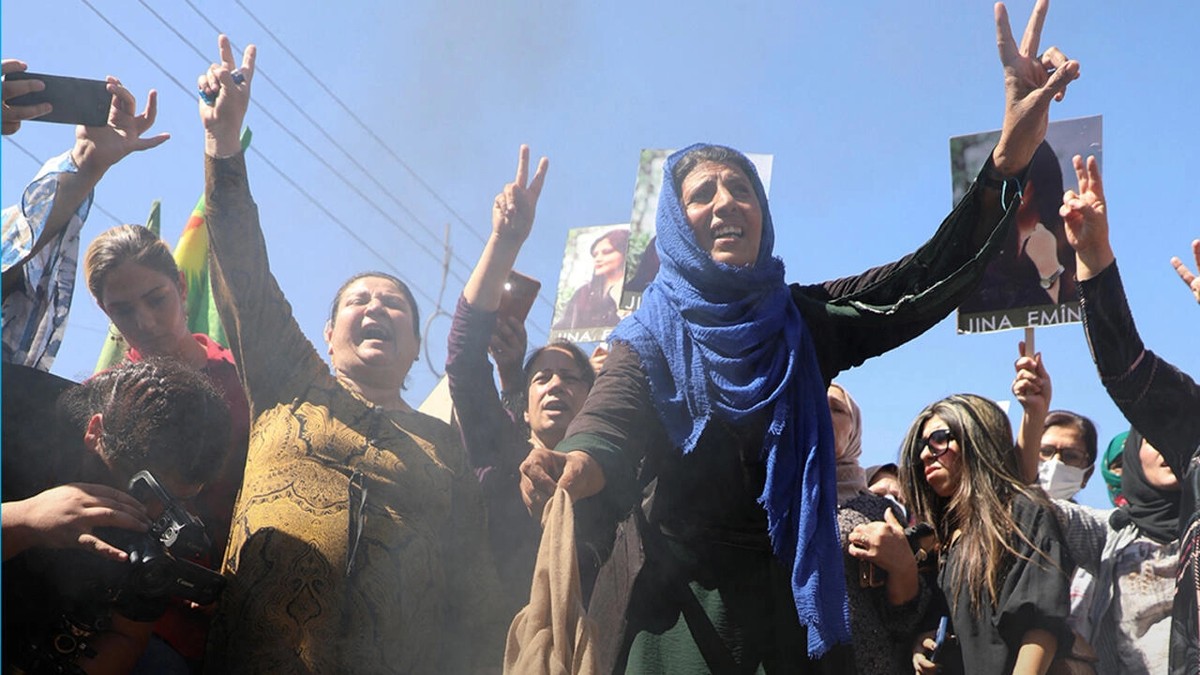 Iranians took to the streets again on Saturday (15) to demonstrate against the government, a month after the start of the protest movement triggered by the death of Mahsa Amini. A protest repressed with blood, according to the international media and NGOs.

Mahsa Amini, a 22-year-old Iranian Kurd, died on September 16, three days after she was arrested by moral police in Tehran for allegedly violating the Islamic Republic’s strict dress code, which includes a veil for women.

Iranian authorities say the young woman died of illness and not “beating”, according to a medical report rejected by her father. According to her cousin, she died after “a violent blow to the head”.

Since then, many young women have led the protests, shouting slogans anti-government groups, removing and burning their headscarves, and confronting security forces in the streets.

Despite serious interruptions to the Internet and the blocking of access to Instagram and WhatsApp by the authorities, the Iranians, through an online call from activists, gathered this Saturday (15) on the streets of the city of Ardabil (west), in according to videos shared on Twitter.

“The mullahs must leave!” sang women without Islamic veils (hijabs) at a university on Saturday in a video widely shared online.

To the west of Tehran, protesters launched missiles at security forces in the city of Hamedan, according to images verified by the AFP agency.

Traders have gone on strike in Saghez, Mahsa Amini’s hometown in Kurdistan’s northwest province, and in Mahabad in the north, according to online media 1500tasvir, which tracks human rights violations.

“Students in the village of Ney in Marivan (west) set fire to the streets and chanted anti-government chants,” said Hengaw, an Iranian Kurdish advocacy group based in Norway.

Young people also demonstrated at universities in Tehran, the southern city of Esfahan and the city of Kermanshah (northwest), according to images shared online.

The protesters were responding to a call by activists for mass protests under the slogan “The beginning of the end!” of the regime.

Activists encouraged Iranians to demonstrate in places where security forces are not present and chant “Death to the dictator”, referring to Supreme Leader Ali Khamenei.

In response to the protests, the Coordinating Council for Islamic Development, an official body, asked Iranians to express in mosques, after Saturday night prayers, “their anger against the mutineers and sedition”.

Retired members of the Revolutionary Guard, the Islamic Republic’s ideological army, also gathered on Saturday, according to the reformist newspaper Shargh.

At the rally, a commander of the Guardians said three members of his paramilitary Bassij militia had been killed and 850 wounded in Tehran since the “sedition” began, the official IRNA news agency reported.

The protest, now in its fifth week, has sparked solidarity rallies abroad and the crackdown, which has left more than 100 people dead according to NGOs, has been condemned by the international community.

At least 108 people were killed in the crackdown, according to the Oslo-based NGO Iran Human Rights (IHR). Amnesty International said at least 23 children aged 11 to 17 had been “killed by security forces”. And hundreds were arrested.

On Friday, US President Joe Biden, whose country is a sworn enemy of Iran, said he was “with the brave women of Iran”, urging the government to “end violence against its citizens”.

Iranian leaders accuse the US of destabilizing their country by fomenting “riots”.

As the European Union prepares to impose sanctions on Iran on Monday, Iranian diplomatic chief Hossein Amir-Abdollahian urged the EU to take a “realistic approach”.

He also criticized a double standard on Friday: “Who would have thought the death of an unmarried girl would be so important to the West? What have they done with the hundreds of thousands of martyrs and dead in Iraq, Afghanistan, Syria and Lebanon ?

The protests in Iran are the biggest since the 2019 protests against rising gasoline prices in the oil-rich country.

Previous Former goalkeeper Bruno reinforces support for Jair Bolsonaro and shoots Lula
Next With a projection of almost 50 thousand, Renato sees a better atmosphere with Grêmio fans since his return | Guild