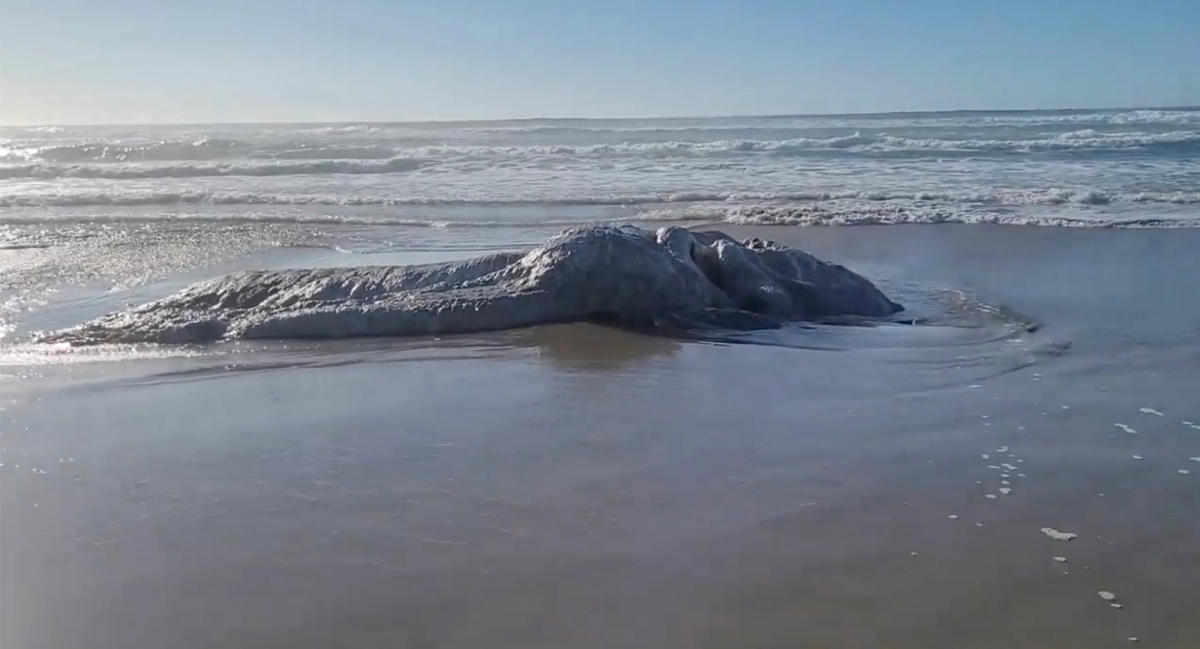 A sea creature appeared on a beach in Oregon, in the United States, last week (12), scaring local beachgoers.

The animal, which was the size of a truck, was first spotted by Adoni Tegner, a resident of Florence. “It just didn’t look like anything I’ve ever seen. It looked like it had been a giant squid or something,” he told Koin News.

He described the creature as a monster, which was covered in “long white hair” and which smelled like a “decaying mammal”.

At the time, Tegner went to his girlfriend, Merica Lynn, to help him identify the animal. “We’ve seen whales appear before, and some that have been stranded on the beach for a few weeks but never grow ‘hair’ like this,” she said.

The scent of composition made it possible for the couple to know that the creature was a dead animal, but they didn’t know which one.

Hatfield Marine Science Center stranding program manager at Oregon State University, Jim Rice, told the broadcaster that the “creature” appears to be the carcass of a whale.

“What appears to be ‘hair’ is the decaying remains of other body tissues: muscles, nerves, tendons, etc. I would estimate that this animal has been dead for several months,” Rice explained.

*With information from Koin News.