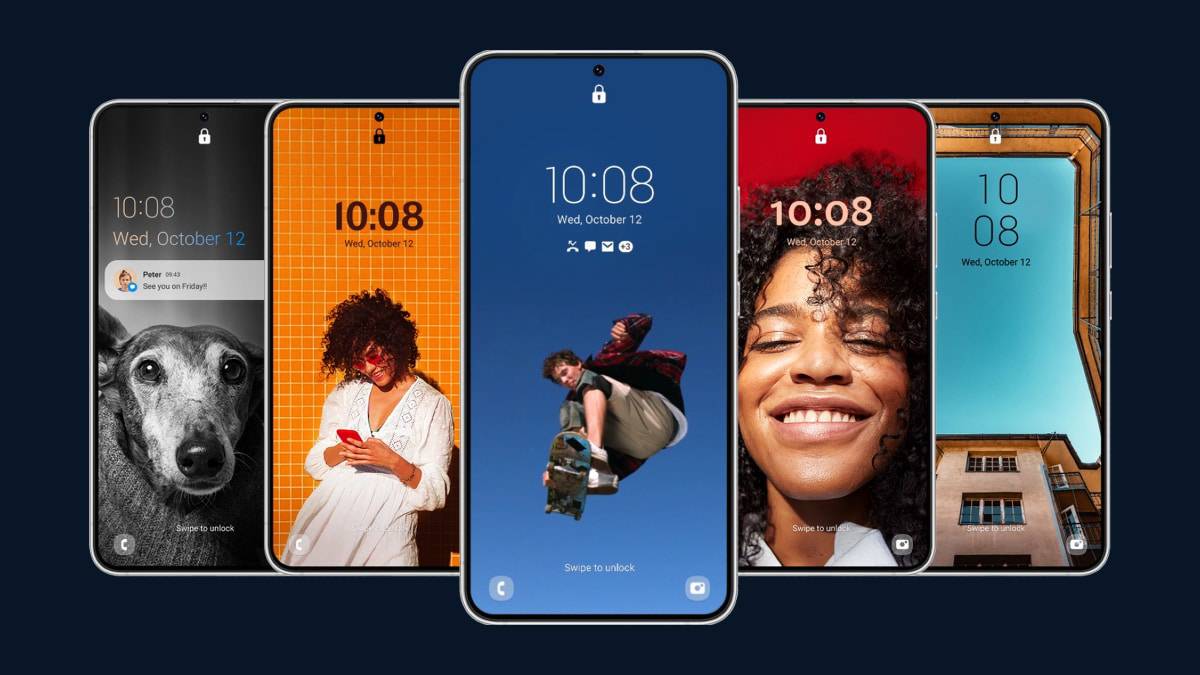 One UI 5: discover the new functions of the Android 13 interface for Galaxy devices

Samsung highlighted some of the new functions of One UI 5, an interface that will bring Android 13 to Galaxy smartphones. Not all the novelties are original, but they seem very interesting and useful on a daily basis.

The new interface has been tested for months by Samsung, and should arrive later this month for the Galaxy S22 line, and very soon for the Z Flip 4 and Z Fold 4. In addition, the new system will also be available for several other devices. Galaxy in the coming months.

According to the company, One UI 5 represents “Samsung’s most personalized mobile experience, designed to give people more options to make their devices exactly the way they want.”

The lock screen can now be customized with colors and different clock styles, something that, not coincidentally, is very reminiscent of iOS 16. With One UI 5, it will be possible to select a portion of a video as an animation for the lock screen. blocking, a feature that I found very useful.

Other features of One UI 5 for Galaxy devices

A new communication function in One UI 5 is Bixby Text Call, which allows you to answer calls with text messages, transformed into audio and shared with the person who is calling, something suitable for those moments when you just can’t answer your cell phone .

Another feature highlighted by Samsung is the Modes, which seem well inspired by Apple’s iOS Spotlights. With them, it is possible to program different settings for different times of the day. So you can mute notifications while you’re exercising, or turn on night mode and turn off the sounds when it’s close to bedtime.

In addition, app icons have been redesigned, and notifications have been improved, with a focus on ease of use, with more defined buttons to accept or cancel calls in the notification itself.

Another novelty that seems very practical to me is the stackable widgets (or Stacked), which can be dragged and dropped on top of others. From there, the user can navigate between them by sliding their finger to the sides, thus, it is possible to make better use of the screen space.

This feature reminds me a lot of the Smart Set of iOS widgets, but that’s a compliment rather than a criticism. Following this inspiration from the iPhone Smart Set, One UI 5 has Smart Suggestions for widgets. This new feature suggests apps and actions to the user according to their usage patterns.

The ability to extract text from images, already present in One UI 4.1.1, has been improved in the new version. This makes it easy to share information from a photo of a poster or a business card, and you can quickly add a contact’s phone number.

One UI 5 will also have a new menu for connected devices. From this panel, you can access functions and settings for compatible devices, including Quick Share, Smart View and Samsung DeX.

Another highlight of Samsung’s interface for Android 13 is the new security and privacy features. Both were brought together in a single control panel, with a tool that analyzes the system and facilitates the identification of possible breaches by the user.

In addition, the user will be notified if they decide to share something with sensitive information, such as a personal document or a credit card. As the image above shows, before sharing he receives a notification from the system, letting him know that he is sharing personal information.