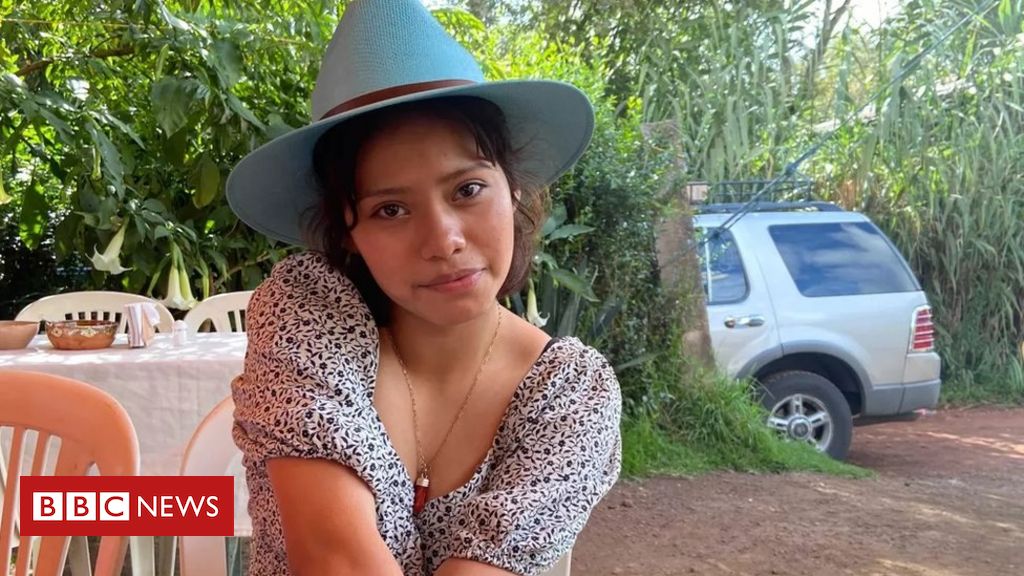 Overdose kills more and more teenagers in ‘epidemic’ with 100,000 victims a year in the US

Teen overdose deaths have never been higher in the US. Young Americans are increasingly affected by fentanyl, an opioid drug.

More than 100,000 Americans died of overdoses last year — the vast majority of them adults. But the group that showed the greatest growth in the death rate for this reason was precisely that of adolescents.

Melanie Ramos’ family is well aware of this. The 15-year-old girl died in her school’s bathroom last month after taking a pill that contained fentanyl.

Ramos and a friend thought they were taking oxycodone and acetaminophen. But the counterfeit pills were mixed with fentanyl — and she ended up intoxicated.

“She was a beautiful, sweet girl with hardworking parents,” her uncle Oscar recounted during a candlelit vigil on the steps of Bernstein High School, where friends and family prayed in Spanish and laid flowers at a shrine created for branches.

Fentanyl is commonly smuggled into the United States by Mexican drug cartels.

While it used to be mixed with harder drugs like heroin, cartels now mass-produce rainbow-colored fentanyl pills to mimic regular pills and, according to experts, to target children who are more willing to try them. .

In Los Angeles, a series of overdose deaths has authorities worried. On Wednesday, the State of California seized 24 kilograms of fentanyl powder — enough to make 250,000 pills — as part of an operation led by the Department of Justice.

But the problem extends across the US. In New York last week, authorities seized 15,000 colored pills hidden in a box of Lego toys.

The United States is an exception when it comes to overdoses, with a death rate 20 times the global average.

“Unfortunately, we are by far the world leader in overdose deaths,” laments Joseph Friedman, a researcher at the University of California at Los Angeles.

The overdose rate among American schoolchildren and teens doubled between 2019 and 2020 — and increased by another 20% in the past year, the academic calculates.

“Adolescent drug use is becoming more dangerous, but not more common,” Friedman said.

He explains that the culprit is fentanyl, not the stress of the covid-19 pandemic: drug use by teenagers has dropped dramatically during the health crisis, because they are often consumed at social events (which were drastically reduced in 2020 and 2021). ).

At a meeting at Bernstein High School where Ramos died, officials and police warned families and children about “the pill that can kill”.

The increase in deaths among the youngest led the Los Angeles government to stock doses of Narcan, a drug for reversing overdose, in all schools.

This drug, which usually comes in the form of a nasal spray, can be used by anyone to reverse side effects.

Increasing access to Narcan is also part of a federal response to the opioid crisis announced this month by the Joe Biden administration.

The US president said he will invest $1.5 billion to fund programs and support law enforcement in the fight against drug trafficking.

Experts understand that teenagers will experiment with drugs no matter what is said or taught in schools. Thus, overdose prevention is the only way to slow the growth of deaths from substance abuse.

Workers at the Los Angeles Community Health Project provide free Narcan and fentanyl test strips — so people can measure the level of drugs they have in their bodies before taking new doses.

These professionals welcome the fact that schools now keep Narcan close by. They also ask parents and children to carry this drug in their backpacks.

In a recent training session held in schools, alcohol and drug counselor Sandra Mims demonstrated how to use the spray — a spritz on the nose, followed by a massage on the sternum, in the middle of the chest.

If the person overdosed does not respond within two or three minutes, a new dose of the spray should be applied.

“And that habit is much deadlier now with fentanyl and synthetic pills.”

Nick Angelo, who has used opioids in the past, now works for a nonprofit. He says he saved three people with Narcan in a single week.

But the tone he used when commenting on these episodes was more tired than heroic.

“When my friends and I were taking opioids, we didn’t have to worry about the risk that each pill could be our last,” he says.

Previous BB offers the possibility to buy iPhone up to 60 times; see how it works
Next Sinopsis, Cast and Trailer of Domingo no Cinema