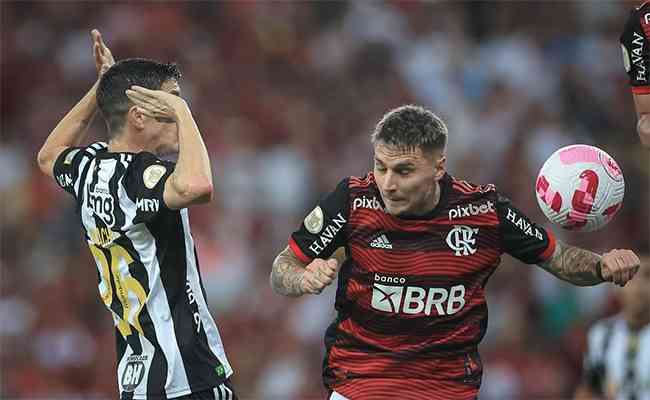 ‘That on the penalty kick?’ Hulk charges CBF for bid in Flamengo x Atltico

The striker Hulk, from Atltico, used his personal Instagram to charge a penalty kick in the match between Galo and Flamengo, played on Saturday night (10/15), at Maracan, which ended with a 1-1 victory. 0, with a goal from striker Everton Cebolinha.


Hulk published a story with the video of the shot where the ball hits the arm of winger Guillermo Varela inside the area, still in the first half.
In the publication, Hulk wrote: “We lost and we don’t have to regret anything. But for the love of GOD CBF, refereeing and VAR. This in the penalty? It just needs to be fair and score what . Whoever plays better and deserves it will win. minimum.”

The defeat keeps Atltico in seventh place, with 47 points, one less than Athletico-PR. Flamengo, which entered the field with an alternative team, as it is focused on the dispute for the title of the Copa do Brasil, reaches 55 points in the competition and occupies the third position.

Atltico return to the field only on Monday (24/10), when they visit Fortaleza, in Castelo. Flamengo, on the other hand, turns its attention to the Copa do Brasil. On Wednesday, Rubro-Negro welcomes Corinthians in the duel for the cup of the national competition.