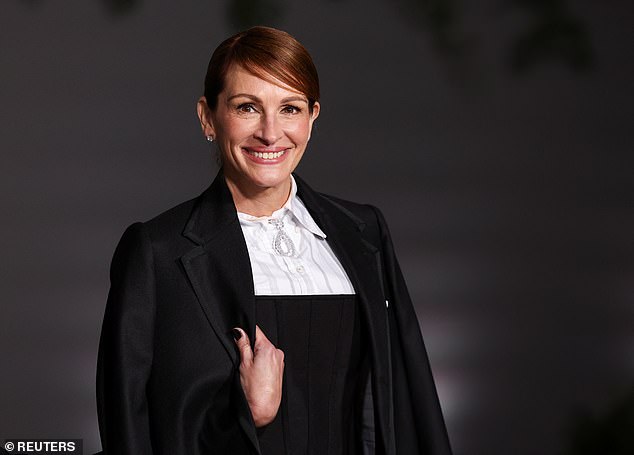 The Stars’ Looks at the Academy Museum’s 2nd Gala Night

A year ago, there was a major fashion event for the opening of the Academy Museum in Hollywood (see here). And this event became annual. The idea was to celebrate the big names in the industry and the anniversary of the new institution. Once again, Hollywood came out in force. Julia Roberts received the Icon Award, which was presented by her friend George Clooney. Tilda Swinton accepted the Visionary Award from director Luca Guadagnino. Other awardees were director Steve McQueen and producer Miky Lee. They received the Vantage and Pillar Awards respectively.

Unlike the super-stylized Met Gala, the Academy Museum event is more restrained. It’s just black tie, no theme, no costumes. Here are the top 10 fashion highlights of the night (for better and for worse, lol):

Julia was the honoree, but she was wrong with this Thom Browne look. It looked like she was disembarking from a ship at the time the United States was being colonized, lol. 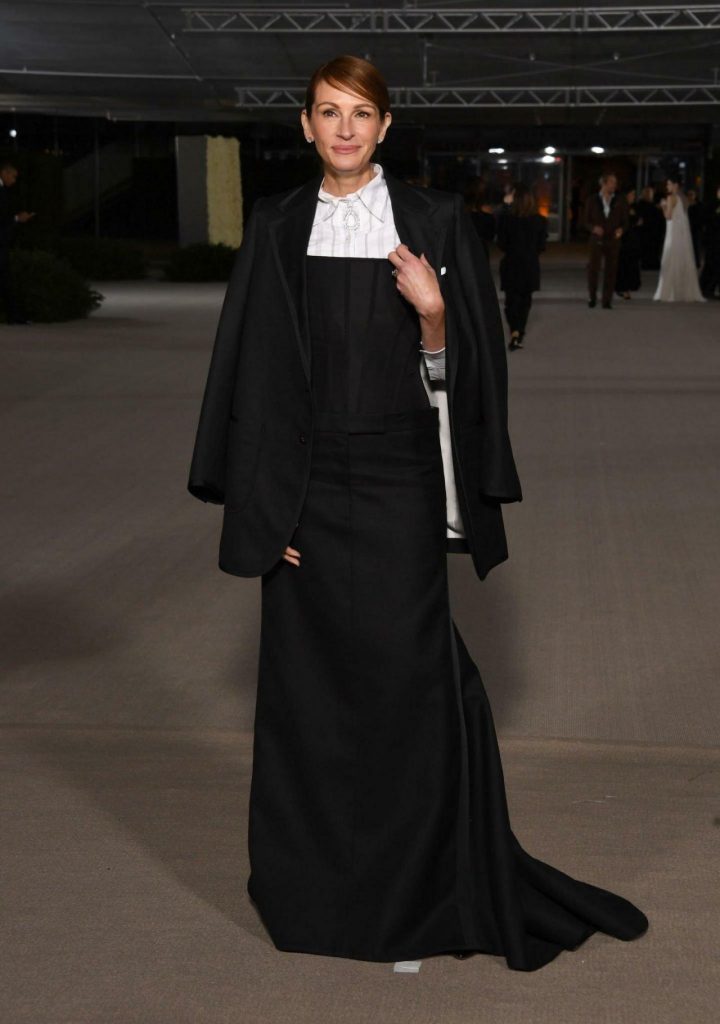 Tilda was dressed as Schiaparelli – and true to her style. So what to say? Anything! Christina was one of the chicest and sexiest at the Academy Museum event in a Vivienne Westwood look. Beautiful! 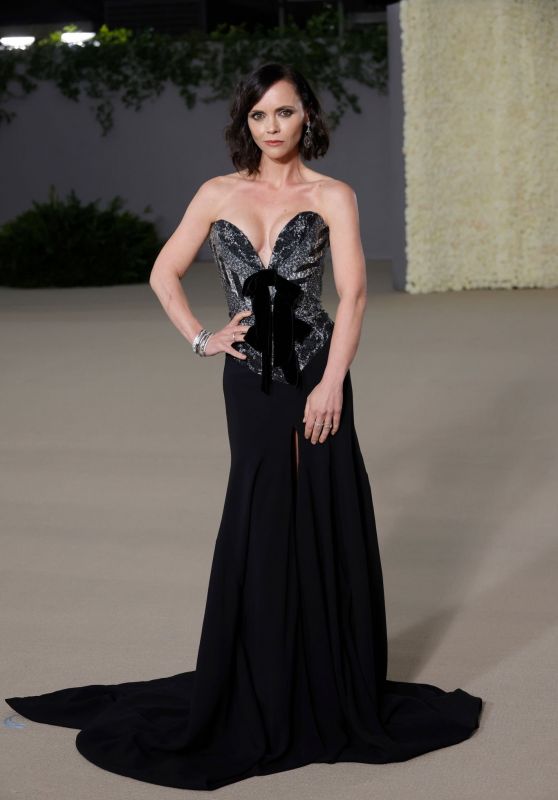 Bruna wore an interesting black Valentino dress. I thought the sleeve was a little weird, but it was beautiful. 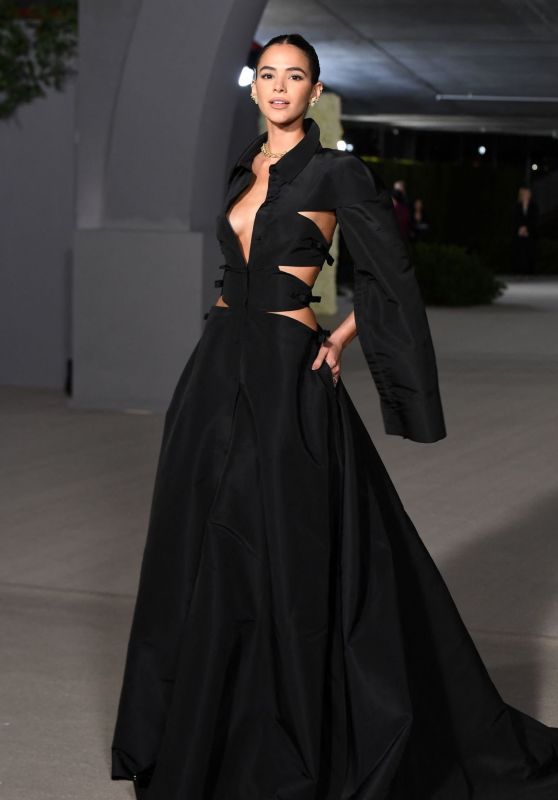 Beautiful and powerful, Eiza chose a bright orange and stood out among everyone else. The dress is by LaQuan Smith. I thought too much! 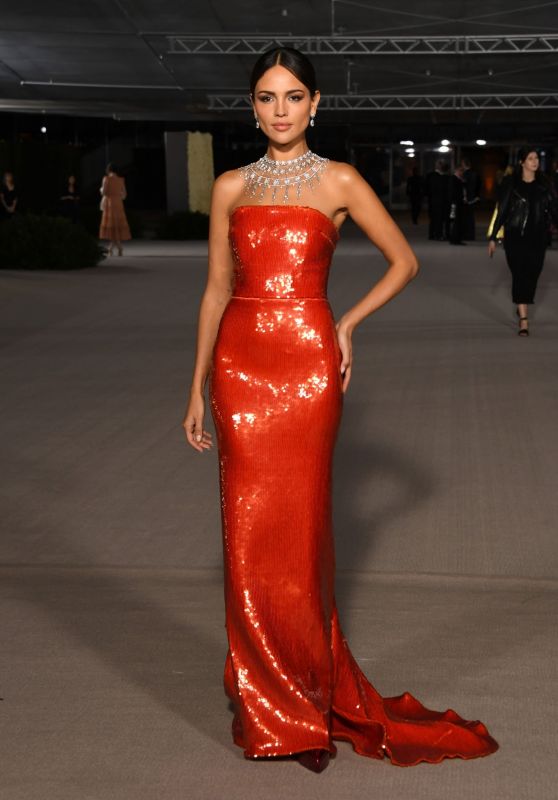 Sexy and colorful, Kerry Washington looked amazing in Prabal Gurung. And at least she didn’t wear panties underneath, lol. I liked the detail of the gloves. Julianna was wearing panties (lol), but the dress – Zuhair Murad – and she were beautiful. I loved! 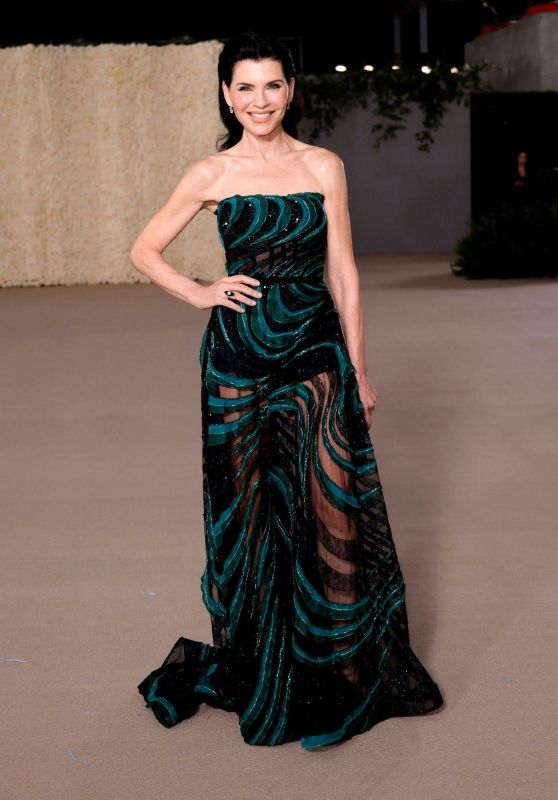 The actress/director chose this beautiful Alexandre Vauthier dress. And it was still transparent. Caused! 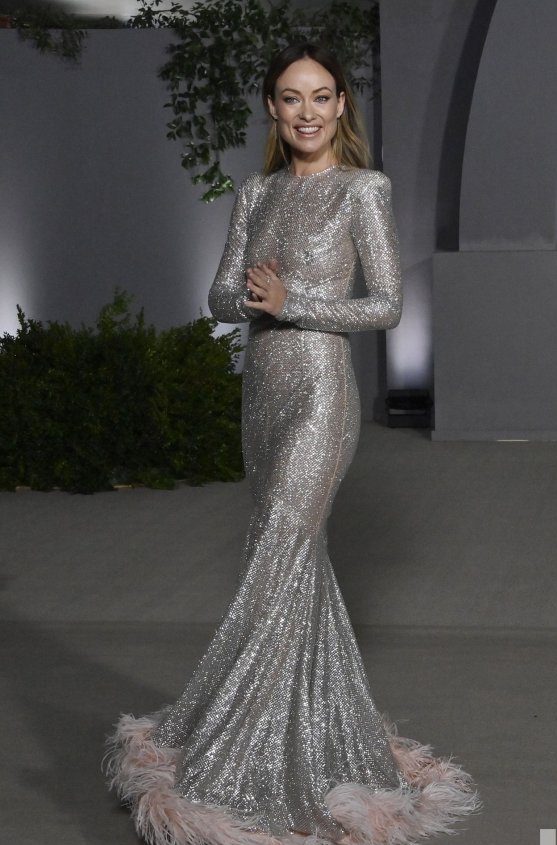 I loved the color, but the model of Jodie’s Gucci dress reminded me of those brothel ladies we saw in old movies, lol. 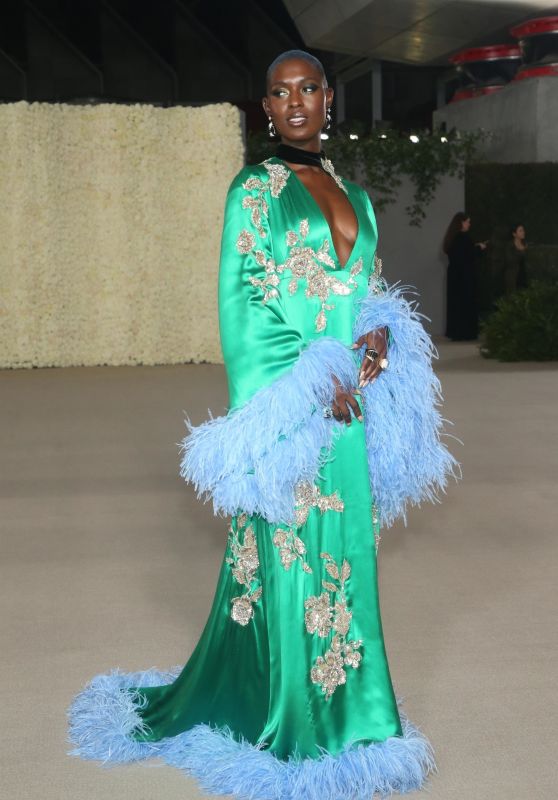 So… it’s Dior, but how much information, no? I found it ugly! 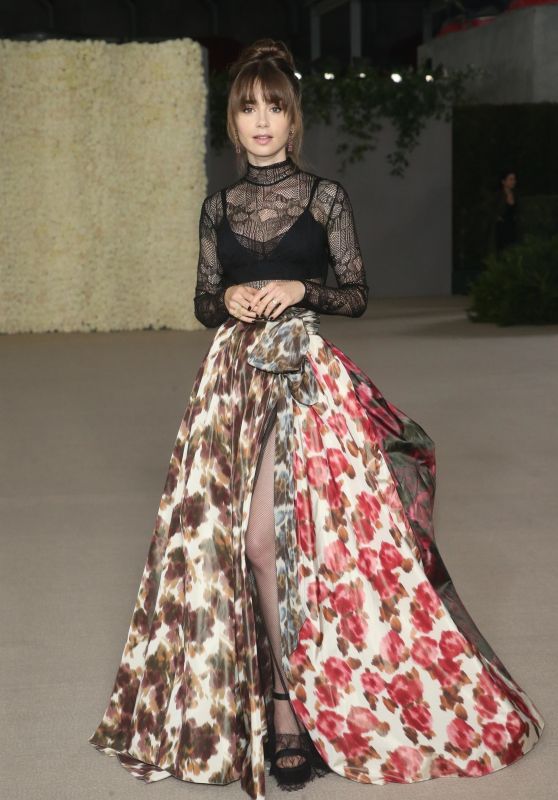 So number 2… Wasn’t the event black tie? From Louis Vuitton it looked like he was going to ride a horse out of the party. Also from Louis Vuitton, Emma Stone looked like she got up in her nightgown, tied her hair up and went… Louis Vuitton didn’t get the tone right! 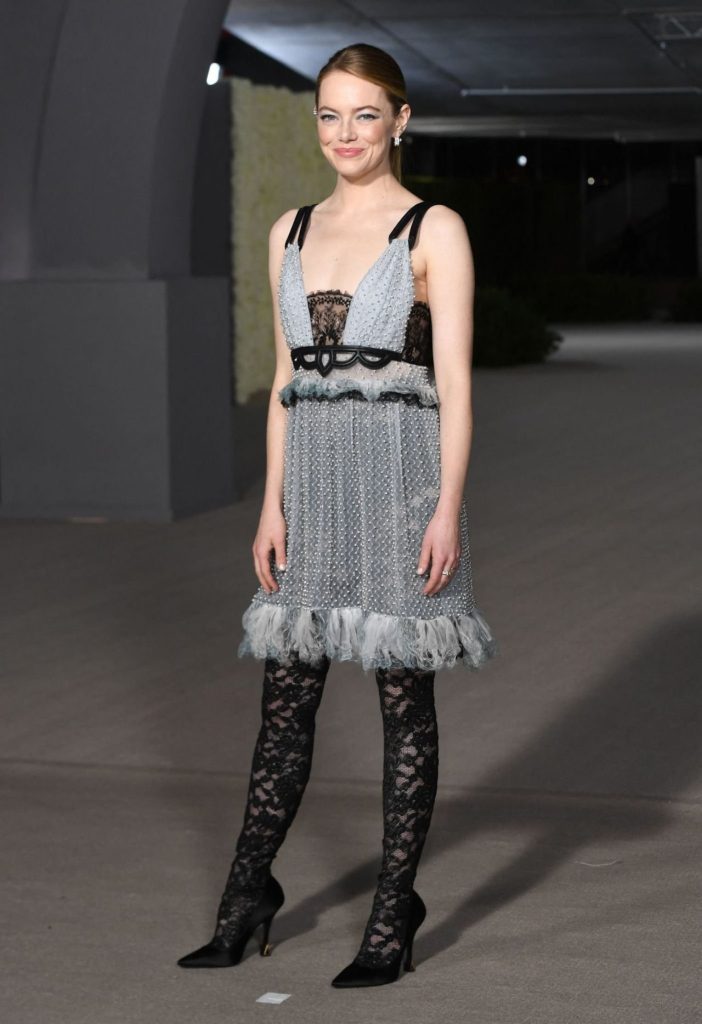 The two had very different looks. Haley Bieber looked like she was heading to a beach party in the Saint Laurent dress. Selena Gomez appeared as an executive in a very elegant Giorgio Armani suit. but the best thing about the party was the scene that happened when the two met… 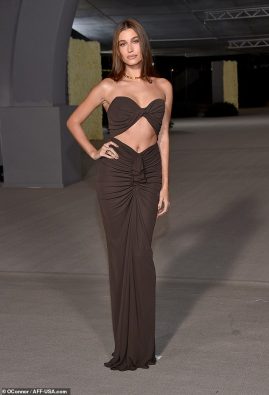 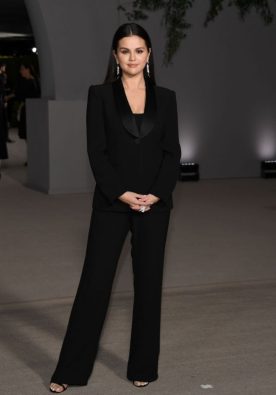 The two posed together, leaving the fandom’s war behind. No bad time between them, not least because no man deserves it – not even Justin Bieber. 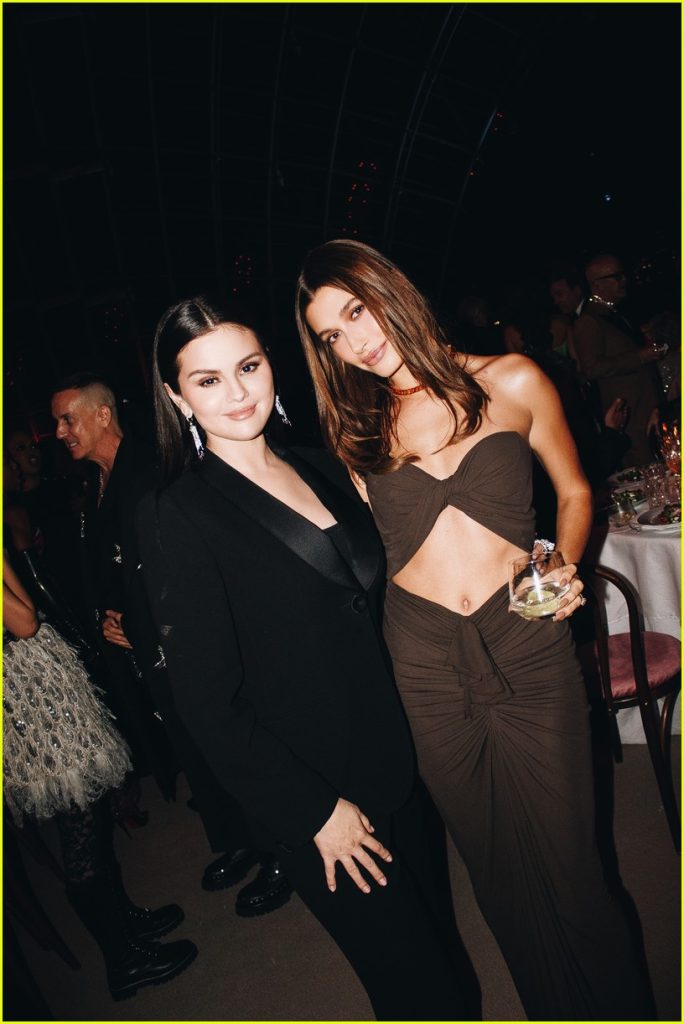