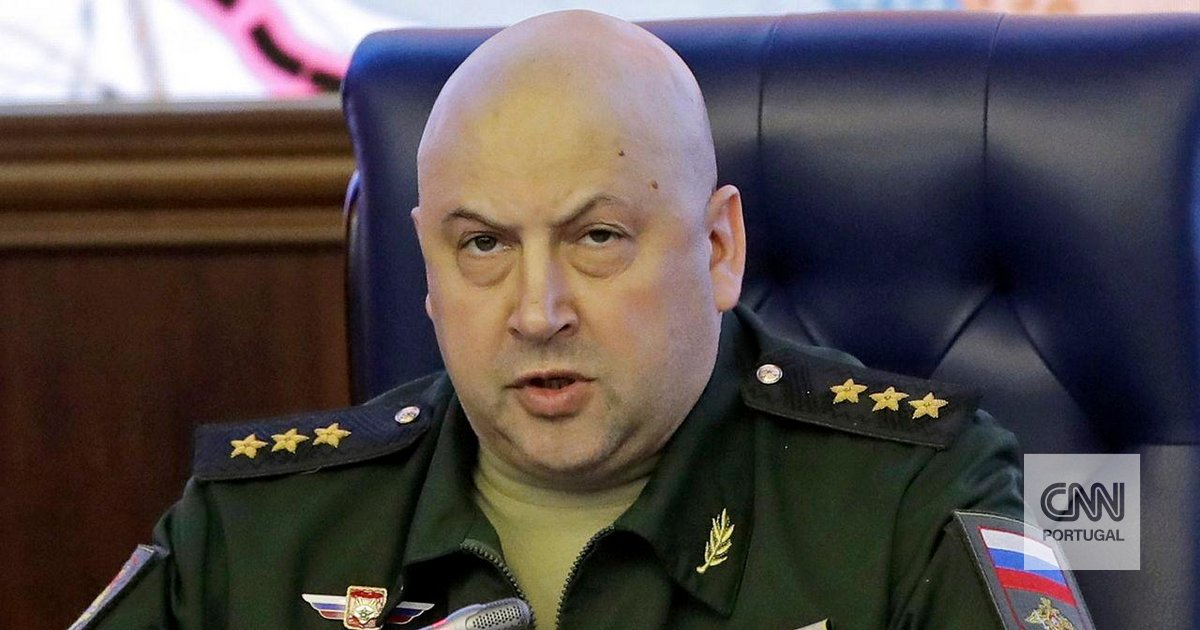 “They hated him.” What it was like to obey the orders of the new Russian commander in Ukraine

Russian President Vladimir Putin’s war against Ukraine has been devastating and appears to be faltering. Now, there’s a new general in charge, with a reputation for being brutal.

After Ukraine recently reconquered more territory than the Russian army has occupied in the past six months, the Russian Defense Ministry on Saturday appointed Sergey Surovikin as the new commander-in-chief of war operations.

As chief of staff of the Russian Air Force, Surovikin previously played a key role in Russian operations in Syria, during which Russian fighter jets caused widespread devastation in rebel-held areas.

CNN spoke with a former Russian air force lieutenant, Gleb Irisov, who served under his command in Syria.

Irisov said Surovikin was “very close to the Putin regime” and “never had political ambitions, so he always carried out plans exactly as the government wanted”.

Analysts say Surovikin’s appointment is unlikely to change the way Russian forces are carrying out the war, but that it reveals Putin’s dissatisfaction with past command operations. It also serves, in part, to “appease” the nationalist, pro-war faction within Russia itself, according to Mason Clark, a Russia expert at the Institute for the Study of War (ISW) think tank.

Chechen leader Ramzan Kadyrov, who called on Russia to “take more drastic measures”, including the use in Ukraine of “low-power nuclear weapons” following recent setbacks, welcomed the appointment of Surovikin, who fought for the first time in Afghanistan in the 1980s, before leading a unit in the Second Chechen War in 2004. The praise of Kadyrov, who is a key Putin ally, is significant, as he himself is known to have crushed all forms of dissent.

“Personally, I know Sergey very well, for almost 15 years. I can without a doubt say that he is a true general and warrior, an experienced, stubborn and visionary commander, who always puts patriotism, honor and respect above all else”, posted Kadyrov on social media following the news of Surovikin’s appointment last Saturday. “The entire army is now in good hands,” he added.

Irisov, a former subordinate of Surovikin, left his five-year career in the military after a commission in Syria, because his political views conflicted with his experience. “Of course we understand who is right and who is wrong,” Irisov said. “I witnessed many things, being within the system.”

Irisov then began what he hoped would be a career as an international journalist, as a military reporter for the Russian state news agency TASS. His wife worked there and he felt at the time that it was “the only major news agency” trying to cover the news in an “impartial” way, with “some opportunity for free speech”, Irisov said.

“Everything changed” on February 24, 2022, when Putin’s invasion of Ukraine began and TASS received orders from the FSB security service and the defense ministry “that everyone will be prosecuted if they do not carry out the propaganda scheme” , said Irisov.

He had family in Kiev, hiding in bomb shelters, and he told CNN that he knew “nothing could justify this war.” And she also knew from her military contacts that there were already many casualties in the early days of the war.

“For me it was obvious from the start,” recalled Irisov. “I tried to explain to people that this war would lead to the collapse of Russia… it will be a great tragedy not only for the Ukrainians but also for Russia.”

Irisov fled Moscow with his pregnant wife and child on March 8, 2022, after speaking out against the invasion. He had resigned from his job at TASS and signed petitions and an open letter against the war, he told CNN. After traveling through Armenia, Georgia, Turkey and finally Mexico, where they contacted the US Embassy for help, the couple is now struggling to start a new life in West Virginia.

While serving at Syria’s Latakia air base in 2019 and 2020, the 31-year-old says he has worked in aviation security and air traffic control, coordinating flights with Damascus’ civil airlines. He says he saw Surovikin several times during some missions and spoke with high-ranking officers under his command.

“He made a lot of people angry, they hated him,” Irisov said, describing how the “straightforward” and “frontal” general was not appreciated at headquarters because of the way he tried to implement his infantry experience into the air force.

Irisov says he knows Surovikin had strong ties to the Kremlin-approved private military group Wagner, which has operated in Syria.

The Kremlin denies any links to the Wagner group and insists that private military companies are illegal in Russia.

Earned the title of “hero”

Surovikin, whose military career began in 1983, has a very uneven track record.

In 2004, according to Russian media reports and at least two think tanks, he reprimanded a subordinate so severely that the subordinate committed suicide.

A book by the Washington DC-based think tank Jamestown Foundation further says that during the failed coup d’etat attempt against former Soviet President Mikhail Gorbachev in August 1991, soldiers under Surovikin’s command killed three protesters, which made him spend at least six months in prison.

CNN contacted the Russian Defense Ministry for comment on Surovikin’s appointment and allegations that he is an extremely tough leader.

In a 2020 report, Human Rights Watch called him “someone who may have command responsibility for dozens of air and ground attacks on civilian targets and infrastructure, in violation of the laws of war” during the Idlib offensive in Syria, between 2019-2020. The attacks killed at least 1,600 civilians and displaced around 1.4 million people, according to HRW, citing UN figures.

During his time in Syria, the now 56-year-old soldier was awarded the title of Hero of the Russian Federation.

In February of this year, Surovikin was sanctioned by the European Union in his capacity as head of the Aerospace Forces “for actively supporting and implementing actions and policies that undermine and threaten territorial integrity, sovereignty and independence, as well as the stability or security of the Ukraine”.

Irisov believes there are three reasons he has now been put in charge in Ukraine: his closeness to the government and Putin; his multi-purpose experience in both infantry and air force; and his experience commanding Russian forces in the Kherson, Zaporizhzhia and Crimea regions of southern Ukraine since the summer. These are areas Putin is trying to control “at any cost”, Irisov said.

Just two days after Surovikin’s appointment on Saturday, Russia carried out the heaviest bombardment of Ukraine since the early days of the war.

Surovikin is “more familiar with cruise missiles, perhaps he used his contacts and experience to organize this chain of devastating attacks”, said Irisov, referring to reports that cruise missiles have been some of the weapons used by Russia in this last wave of attacks.

But the ISW’s Clark suggests that the general’s promotion is “more a question of framing to inject new blood into the Russian command system” and “to put on a tough nationalist face.”

His appointment “has received widespread praise from several Russian military bloggers as well as Yevgeny (Prigozhin), who is the funder of the Wagner Group,” Clark said.

He believes what is happening now is a reflection of what happened in April, when another commander, Alexander Dvornikov, was appointed commander-in-chief of operations in Ukraine.

“Likewise, before that, he was also the commander of one of the Russian groupings of forces, and in Syria he gained a reputation as a brutal leader, like Surovikin, earning him the nickname ‘Butcher of Aleppo'” , said Clark.

Dvornikov was also seen at the time as the commander “who would turn around the situation in Ukraine and get the job done”, he added. “But a single commander will not be able to reverse the tangle of Russian command and control at this point in the war, nor the low morale of Russian forces.”

Andrea Kendall-Taylor, director of the Transatlantic Security Program at the Center for a New American Security, also told CNN this week that Surovikin’s appointment “reflects the ascendancy of many more radical voices within Russia… make changes and bring in someone who is willing to carry out these ruthless attacks.”

Clark explains that “from what we’ve seen, it’s highly likely that Putin is involved in decision-making at the tactical level and, in some cases, bypasses high-ranking Russian officers to interact directly on the battlefield.”

Surovikin personally signed Irisov’s resignation papers from the air force, he says. Now, Irisov sees him taking charge of operations in Putin’s brutal war in Ukraine, but what impact the general will have or could have is still unclear.

According to Clark, “there is no good option for the Kremlin if Surovikin is not successful in his mission or if Putin decides that he is not up to the task either.” There aren’t many other high-ranking Russian officers and that will only lead to further degradation of the Russian war effort.”