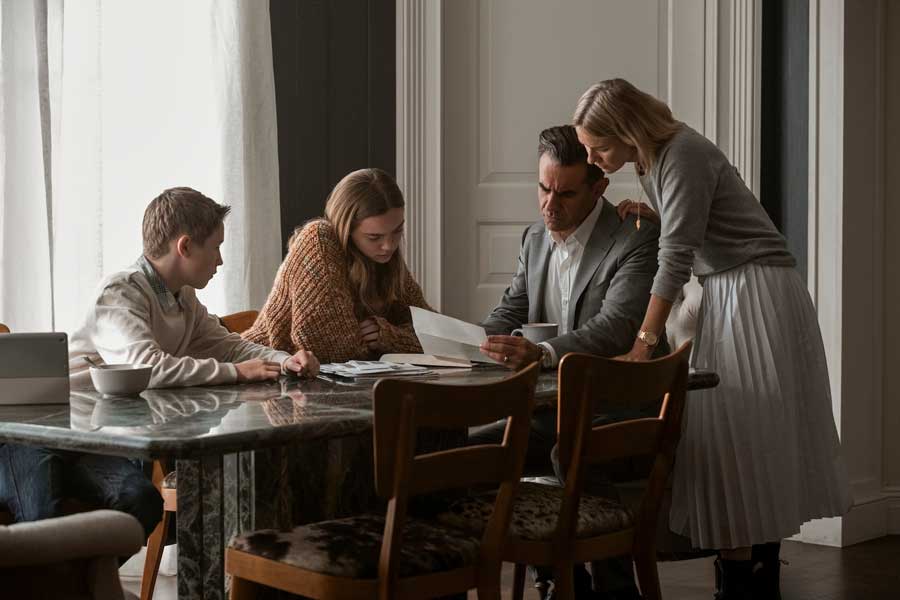 The thriller miniseries ‘Welcome to the Neighborhood’ (‘The Watcher’), from the prolific director Ryan Murphyhas recently arrived at Netflix and is already winning over subscribers to the platform.

In the plot, the Brannock family’s dream of living in the perfect house quickly turns into a real nightmare. Scary letters are just the beginning of everything to come after the neighborhood’s sinister secrets are revealed. Inspired by a true story.

With that in mind, we’ve put together a brief list of ten productions of the genre for you to check after ‘Welcome to the Neighborhood’. 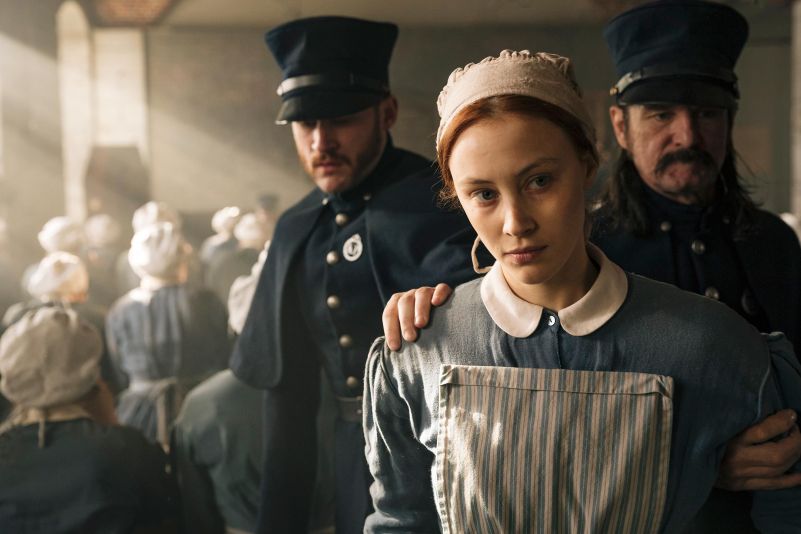 Grace Marks (Sarah Gadon) is a young, lower-middle-class Irish woman who decides to try life in Canada. Hired to work as a maid in the home of Thomas Kinnear (Paul Gross), she is sentenced to life in prison for the brutal murder of her employer and the housekeeper, Nancy Montgomery (Anna Paquin). After 16 years since the immigrant’s incarceration, Dr. Simon Jordan (Edward Holcroft) falls in love with Grace and will do anything to find out the truth about the affair. 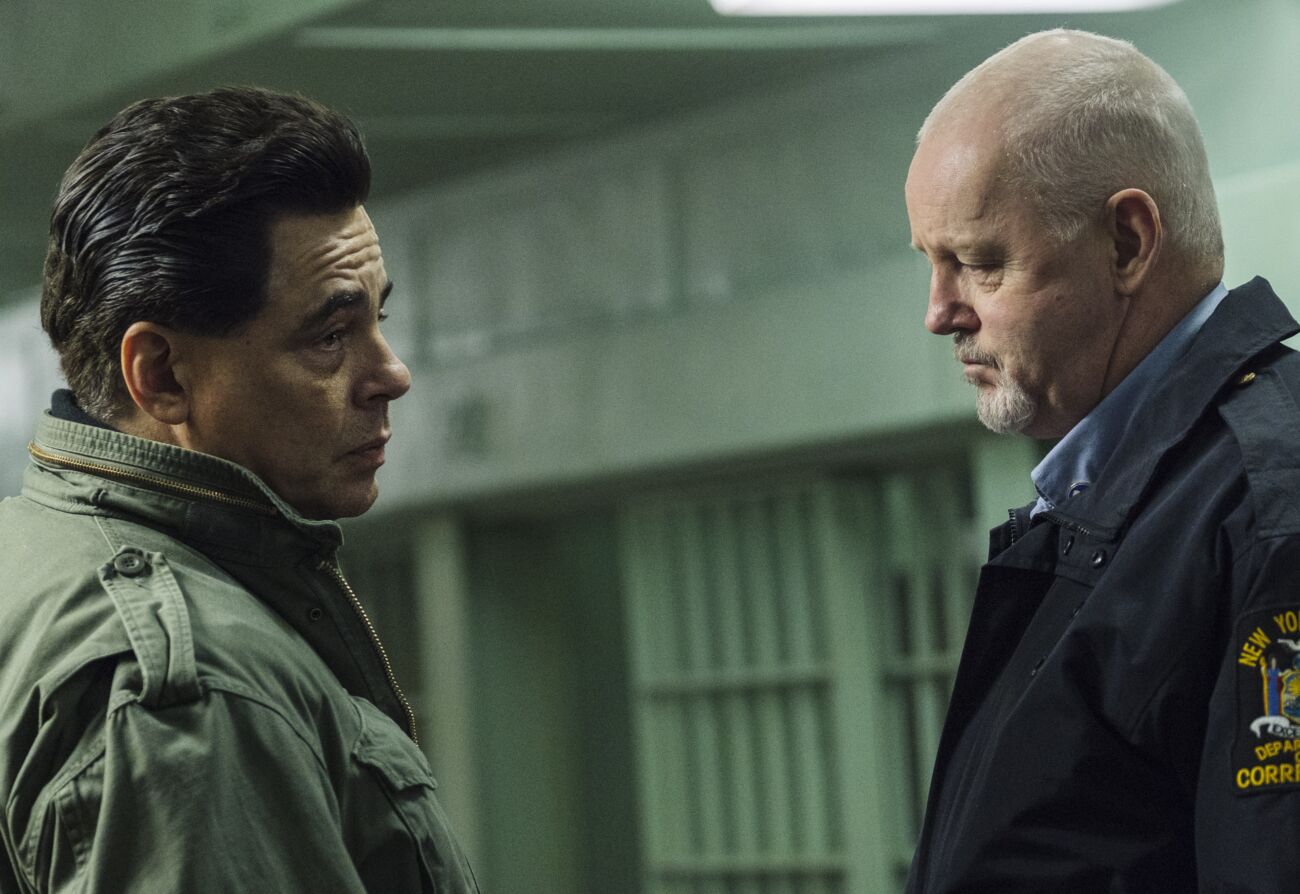 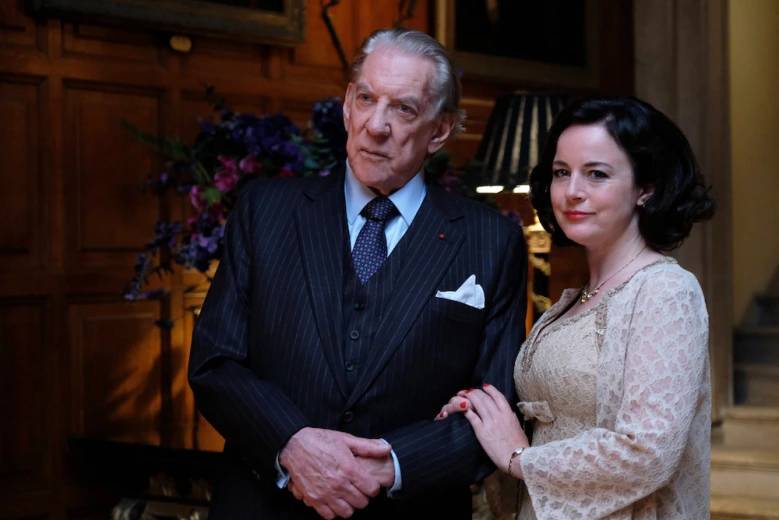 John Paul Getty III, heir to an oil empire, is kidnapped by mobsters, who demand a millionaire sum in exchange for the teenager’s release. While the family doesn’t seem to care about the kidnapping, John Paul spends five months in captivity and even lost an ear at the hands of criminals. Donald Sutherland, Hilary Swank, Brandon Fraser and others were part of the cast. 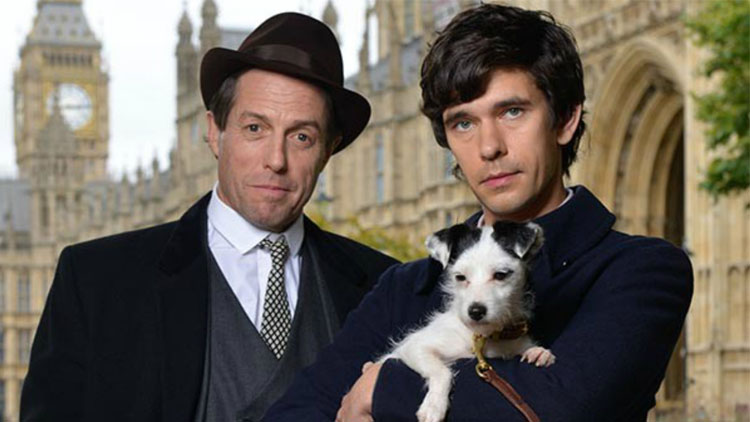 During the 1960s, homosexuality was in the process of being legalized in the UK. Jeremy Thorpe (Hugh Grant) is leader of the British Liberal Party and hides her romantic relationship with another man, Norman (ben whishaw). Sometime later, when his ex-lover threatens to reveal the affair, Thorpe decides to devise a plan of action that eventually ends up exposing the entire scandal. 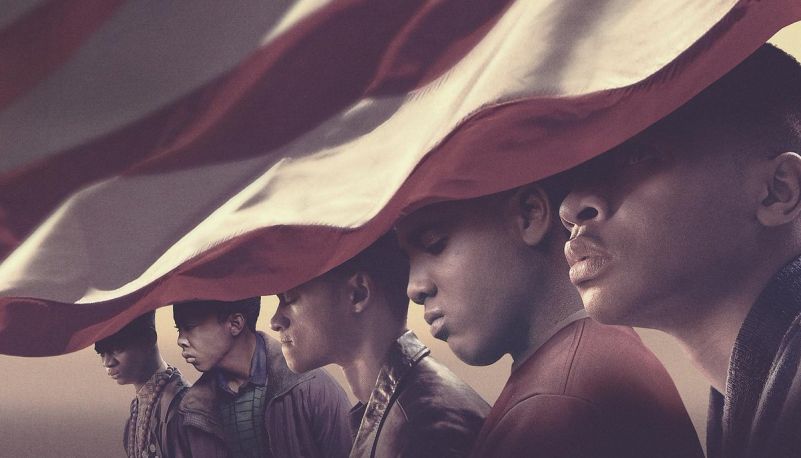 ‘Eyes That Condemn’ became one of the most important and acclaimed miniseries of the past decade and came from the minds of none other than Ava Duvernay. The plot tells the story of five black teenagers from Harlem convicted of a rape they didn’t commit. The four-part miniseries traces the trajectory of Antron McCray, Kevin Richardson, Yusef Salaam, Raymond Santana and Korey Wise, from the first interrogations in 1989 to the acquittal in 2002 and the subsequent compensation agreement with the City of New York in 2014. 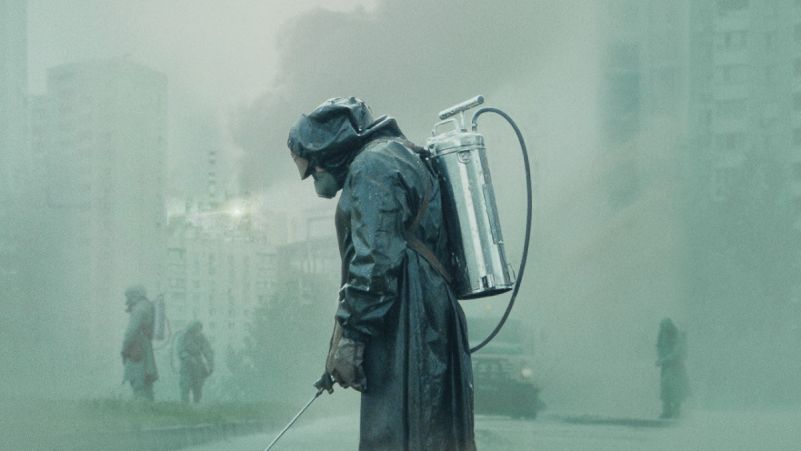 Chernobyl tells the story of the explosion that happened at the Nuclear Power Plant that gives its name to the title. In 1986, in Ukraine, the accident decimated dozens of people and turned out to be the biggest nuclear disaster in history. As the world mourned what had happened, scientist Valery Legasov (Jared Harris), the physicist Ulana Khomyuk (Emily Watson) and Vice-President of the Council of Ministers Boris Shcherbina (Stellan Skarsgard) try to discover the causes of the accident. After the devastating accident, everyone who came into direct contact with the plant’s radiation suffered terrible side effects developing burns and wounds all over their bodies. Among them, firefighter Vasily (Adam Nagaitis), one of the first to arrive at the crash site. His pregnant wife Lyudmilla (Jessie Buckley), is also exposed to high levels of radiation when she finally finds her husband in the hospital, in isolation. Valery and Ulana face off against extremely powerful people in an attempt to expose the negligence and carelessness behind the accident. 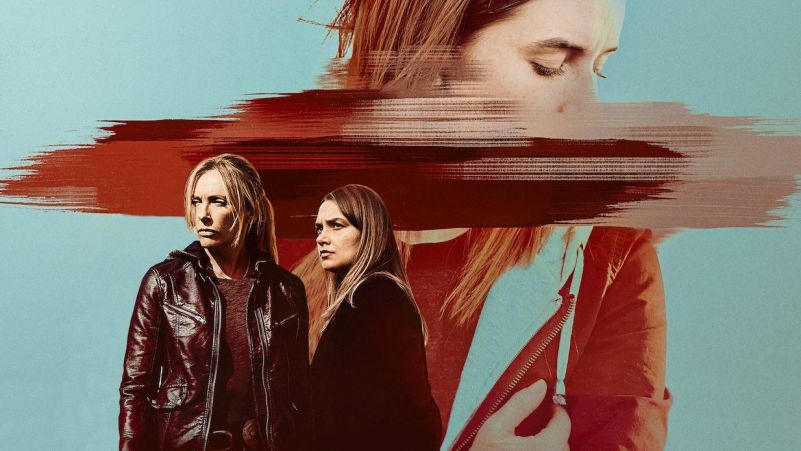 The praised series ‘Unbelievable’ accompanies a young 18-year-old girl (Kaitlyn Dever) who told the police that she was raped inside her own apartment, and then backtracked on her version. The case could only move forward, in fact, when two female detectives (Toni Collette and Merritt Wever) took the lead and better understood the context of the occasion. 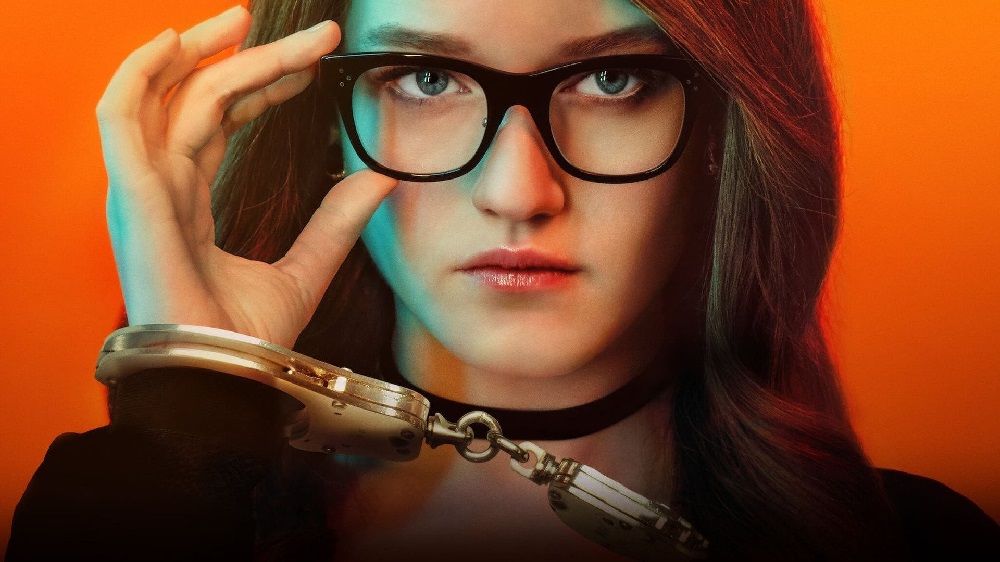 The plot follows the journalist Vivian (Anna Chlumsky) as she investigates the life of the glamorous and mysterious Anna Delvey (Julia Garner), a young woman gaining more and more prominence in the gossip tabloids. The socialite apparently enjoys a life of luxury and partying as a millionaire German heiress, but in fact, Anna uses this facade to pull numerous scams on banks and wealthy young people. After getting a $40 million loan to open a nightclub, Anna’s scams are exposed and she ends up being sued and arrested. When she is approached by Vivian, she decides to finally tell the story of how she managed to become one of the greatest figures of New York’s bourgeois elite despite coming from a poor background. 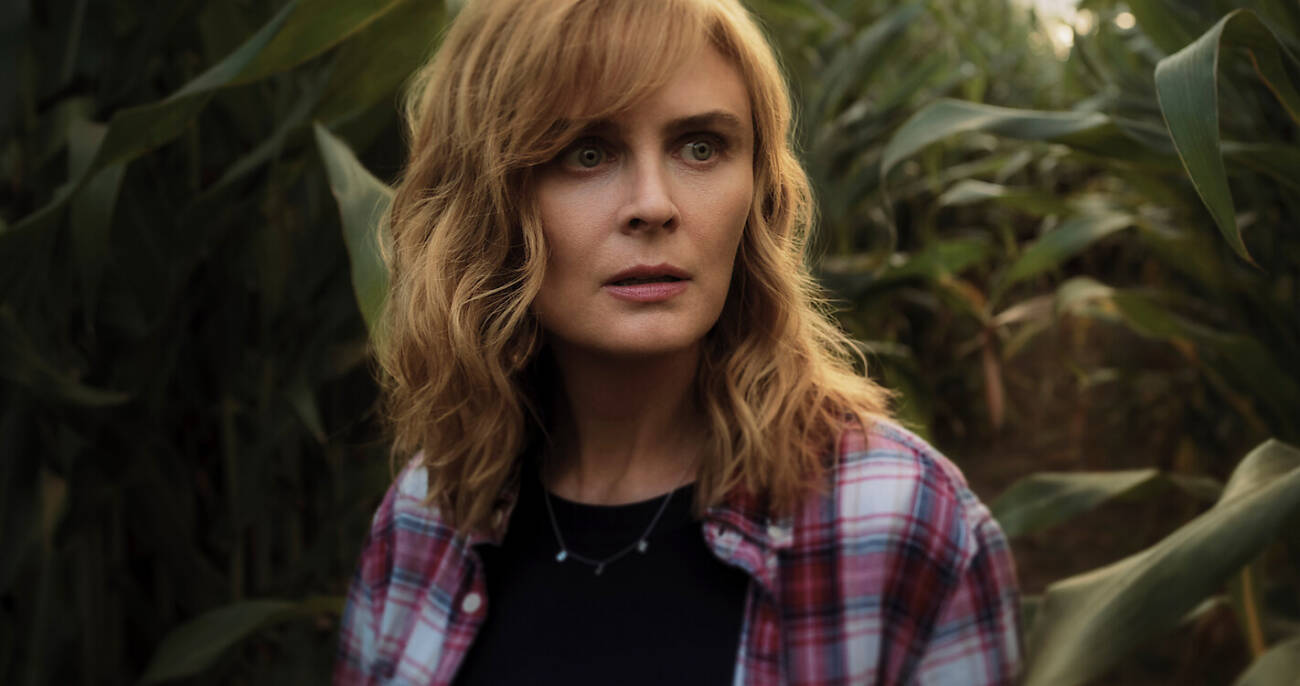 Dr. Suzanne Mathis (Emily Deschanel) is a psychiatrist working at a clinic that deals with traumatized youth. When young Mae (Madeleine Arthur) arrives rescued after years of abuse, Suzanne sympathizes with the girl’s past and decides to help her by taking her to her own home. Soon, Mae demonstrates unusual behavior that frightens the psychiatrist’s family and, little by little, she discovers that the girl came from a strange cult located in upstate Ohio. The more she delves into the origins of this reclusive community, the more Suzanne becomes convinced that Mae hides dark secrets. 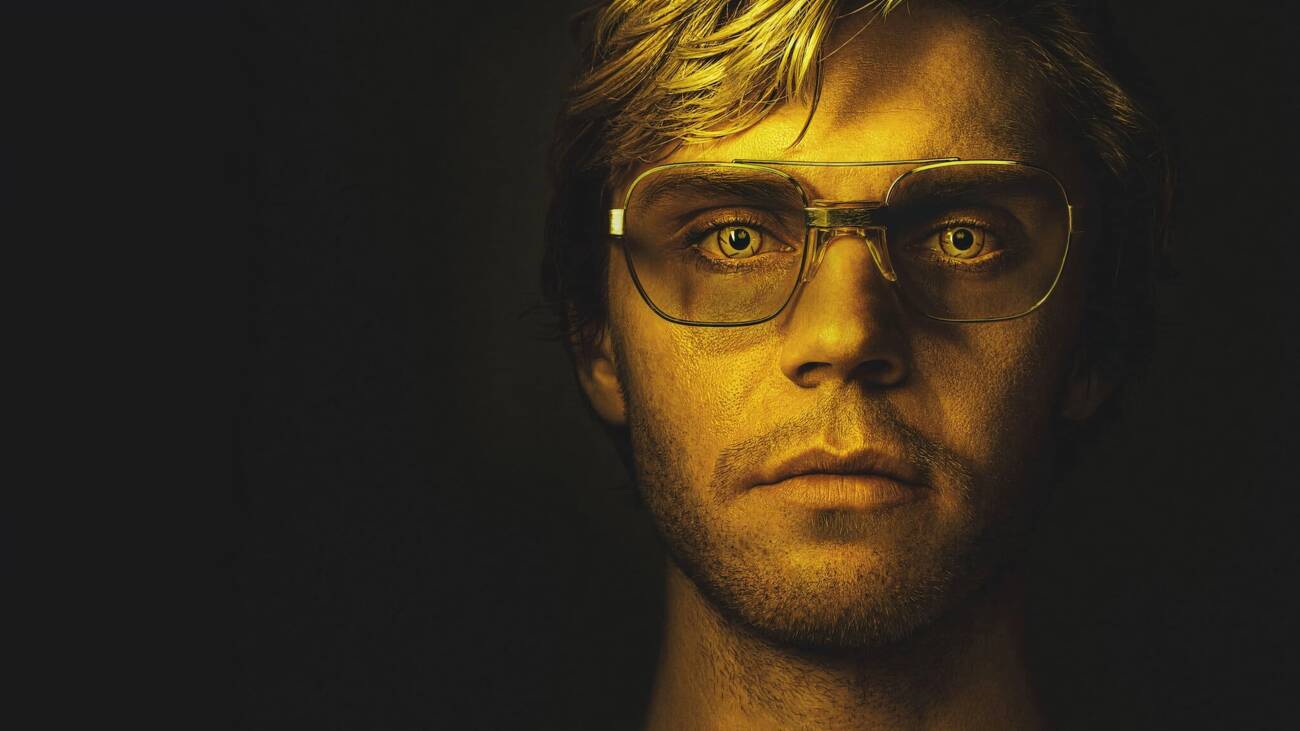 ‘Dahmer: An American Cannibal’ follows the trajectory of the infamous serial killer Jeffrey Dahmer (Evan Peters). The production explores the killer’s youth to adulthood and brings a complex portrait of the mind behind the monster that took the lives of 17 men and boys. Born in Milwaukee, Dahmer terrorized the state of Wisconsin in the 1980s. In addition to the brutal murders, Jeffrey also committed sexual violence and torture against his victims. His heinous crimes made him one of the serial killers most famous and feared in the United States. Even her neighbor, Glenda Cleveland (Niecy Nash), trying in various ways to report Dahmer’s suspicious behavior for years, the police ignored her, facilitating the serial killer’s acts. Targeting mostly black gay men, Dahmer got away with years for the simple fact that authorities ignored the disappearance of the victims.

Previous Belarus awaits the arrival of 9,000 Russian troops in the country – News
Next PM says he guaranteed security for the return of the game