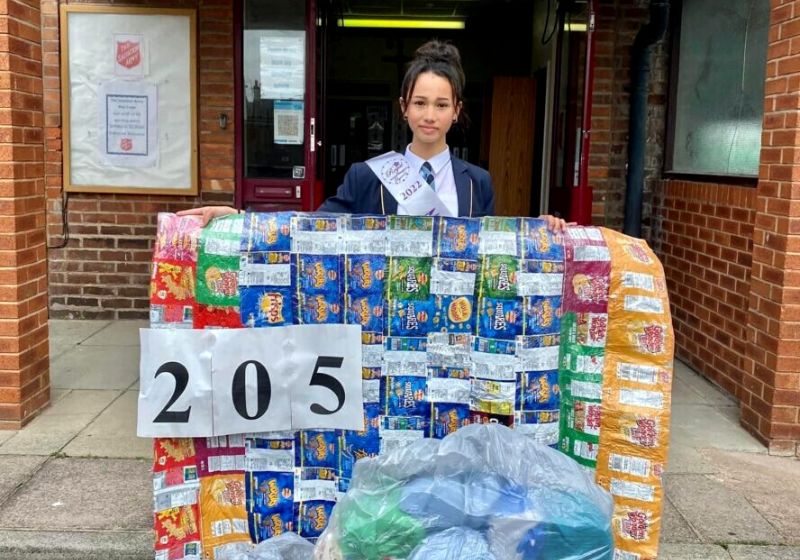 A 12-year-old girl had the incredible idea of ​​turning bags of snacks into blankets for homeless people. More than that: Alyssa has already produced at least 200 blankets to distribute to the homeless.

The little one, who is from Prestatyon, Wales, donates the blankets, along with toiletries and other essentials, to organizations that support homeless people across Wales and Ukraine.

“You wouldn’t think you could turn a crispy package into something so useful, but homeless people like blankets because they’re really light and waterproof,” explained young Alyssa Faith Fallorina Dean.

how did she get it

Alyssa spent the past year collecting discarded snack bags, in total there were more than 10,000 bags, which resulted in 205 blankets.

She got the idea to make these innovative blankets from a Facebook story about Pen Huston from East Sussex, England.

Pen started a Crisp Packet project to make survival bags out of foil blankets and give them to those in need across the UK.

“When you wrap the blanket around your body, the heat reflects off the silver part of the potato chip package,” Alyssa said.

How blankets are made

First she finds the bag. Then she opens it, washes it, and places four packets on a piece of parchment paper. Then the girl passes the hot iron so that the parts come together.

The last step is to place the packages between strips of clear plastic and pass them through to seal everything.

It takes about an hour and a half to make each blanket that looks similar to the ones used in emergencies, or over runners after they finish a race.

What a simple and functional idea to be copied, don’t you think? 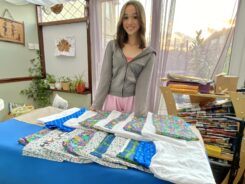 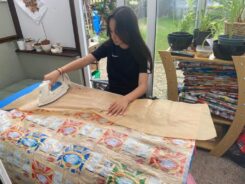 It takes about an hour and a half to make each blanket that looks similar to the ones used in emergencies. Photo: Personal Archive

With information from InspireMore