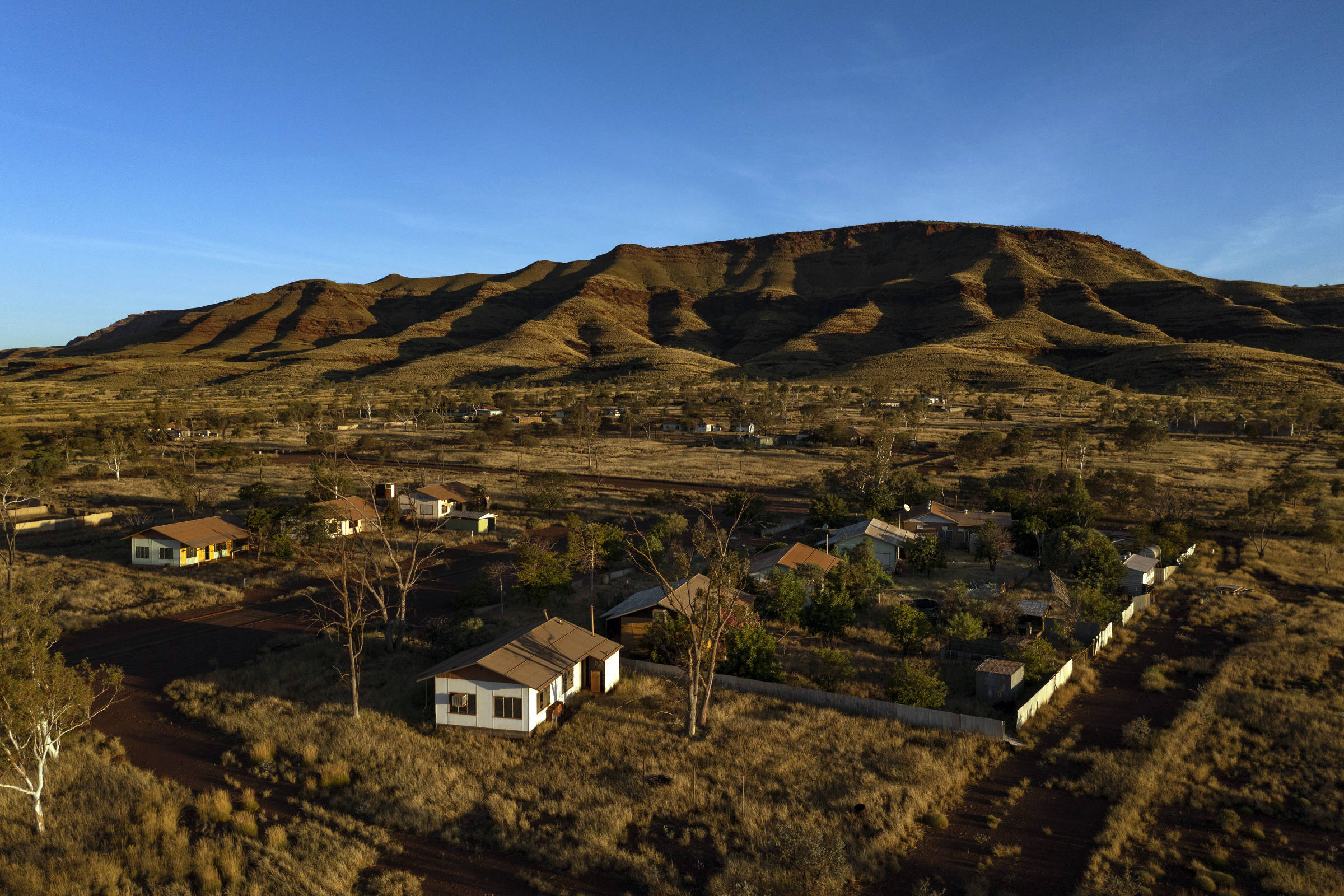 Sitting on a roof in a ghost town in the middle of the Australian outback, Mario Hartmann was waiting for the bulldozers. He went up daily because there was only internet signal there. With the nearest town an hour and a half away, he knew he had to be careful. “You can only have 15 beers. Over 15, you can’t go up here.”

But far worse risks haunt the city. In the yard below, Hartmann’s Australian Shepherd dog was chasing a ball, kicking up clouds of dust that contained an unseen threat: blue asbestos. Just one inhalation can take the fibers to the lungs, triggering an aggressive and incurable cancer. That’s why the government is about to wipe out the city, called Wittenoom.

Hartmann, 59, paid no attention to this. He looked out over the sun-beaten fields and red mountain ranges beyond the town, where his vacation home is, and commented, “How pretty is that, huh?”

Wittenoom, once a symbol of economic prosperity, is now one of Australia’s biggest industrial tragedies, made uninhabitable by the irresponsible actions of mining companies and neglected by a government that did nothing to clean it up.

The city was built long ago on growing demand for asbestos products such as coatings and insulation, with the promise of economic development overshadowing new health concerns. Of the 20,000 people who lived in the city or worked at the nearby mine, 2,000 died from asbestos-related illnesses.

Wittenoom became a carcinogenic ticking time bomb when mining waste known as tailings was brought into the city to be used in street paving and in playgrounds and gardens to contain dust. Near the mine, the tailings — more than three million tons — were piled up like mountains, running down the canyons.

For more than a decade, there have been attempts to close Wittenoom to prevent thrill-seeking tourists from visiting. The city was removed from official maps and water and electricity were turned off. The government tried to evacuate the residents by compensating them. When that failed, it passed a bill this year to forcibly acquire the remaining properties.

In the process, the group of residents who refused to leave became a symbol of dogged self-determination, fighting for the right to stake their lives.

But by early September, the two people who stayed were almost ready to give up the fight. One of them was Hartmann, who agreed to sell his property a few years ago, but still returned every year for a few months.

Maitland Parker, who grew up on the outskirts of Wittenoom during its heyday, remembers clouds of dust rising from a working mine and indigenous children like him hitching a ride on trucks carrying asbestos fibers. His brother said he chewed the tailings like gum. But people only realized what they were breathing after decades. “We had no idea, really,” Parker said.

When he visited Wittenoom on an August afternoon, he wore a mask. Hartmann scoffed: “Why the mask, huh?” Parker has since been diagnosed with mesothelioma, a cancer caused by exposure to asbestos. This is part of the devastation of Wittenoom. Although many people who worked directly with asbestos did not suffer from cancer, he did develop the disease, even though he had never lived in the city or worked in the mine.

Mesothelioma can be treated but not cured, and life expectancy after diagnosis is typically one to two years. But Parker, 69, is still going strong after receiving his diagnosis in 2016. “I’m still alive. I should be dead.” With the time he has left, he has taken on the mission of decontaminating the city.

After the mine closed, there were no attempts to rehabilitate the land. The Banjima people, who have lived around Wittenoom for thousands of years, are left with the legacy. Its members still go to the mountain ranges and canyons near the city. They say they have no choice; it is their cultural and spiritual obligation. But every time they choose, they have to decide between their way of life and their health. Western Australia has one of the highest rates of mesothelioma in the world, and among the state’s indigenous population the number is even higher.

Parker claimed the responsibility lay with the Western Australian government: “Now they don’t care about suffering.” He and others connected with Wittenoom believe the city’s closure will herald a resumption of mining in the area. They fear that warnings about the industrial hubris the city symbolizes will be ignored by the very industry that destroyed it.

Gina Rinehart, Australia’s richest woman, whose father mined asbestos in Wittenoom, plans to mine iron ore outside the contamination zone as well as within it.

The pain Parker feels with each breath is a reminder that his time is short. “But as long as I’m still moving and breathing and advocating for the cleanliness of my region, well, that’s what I’m going to do.”

A well-maintained home stands out on the vacant lot with rusted oil drums, toppled boards and sealed windows that is Wittenoom. On the front door, a polite notice, scrawled on a sign in neat handwriting, greets visitors: “Please don’t come in. People still live here. Thank you.”

One person, actually. Inside, Lorraine Thomas, 80, Wittenoom’s last resident, was packing 40 years’ worth of belongings into boxes: antique furniture, mountains of documents, clothes whose owners were long gone. “These are things I collected around.” It was a slow process. She had missed a deadline to leave in June and another on August 31. In early September, she was waiting to see if the authorities would forcibly remove her.


We had no idea, really.

As she counted the days, she returned to her memories of the city, where she had moved with her three young daughters after the death of her first husband. It was in Wittenoom that she met her second husband, Lesley, and made a living with him by running a gem shop and tourism.

Even after her daughters were gone, her husband died, the city disappeared and her house caved in, she swore she would never leave, reluctant to part with a place that had become a memorial to a happier time and a fuller life. To remain, you had to be self-sufficient; when she got locked outside her house recently, she broke a window to get in. But, when her health took a turn for the worse, she admitted that she couldn’t stay forever.

Hartmann also left on government orders, taking his trailer to a nearby canyon to spend the rest of his vacation.

And Parker will continue to wait to see if Wittenoom’s lessons are learned.

Previous Ballon d’Or 2022: see finalists, schedule and where to watch | international football
Next What does “The Way of the Waters” mean?

The Mount Semeru volcano, on the island of Java, Indonesia, erupted this Sunday …