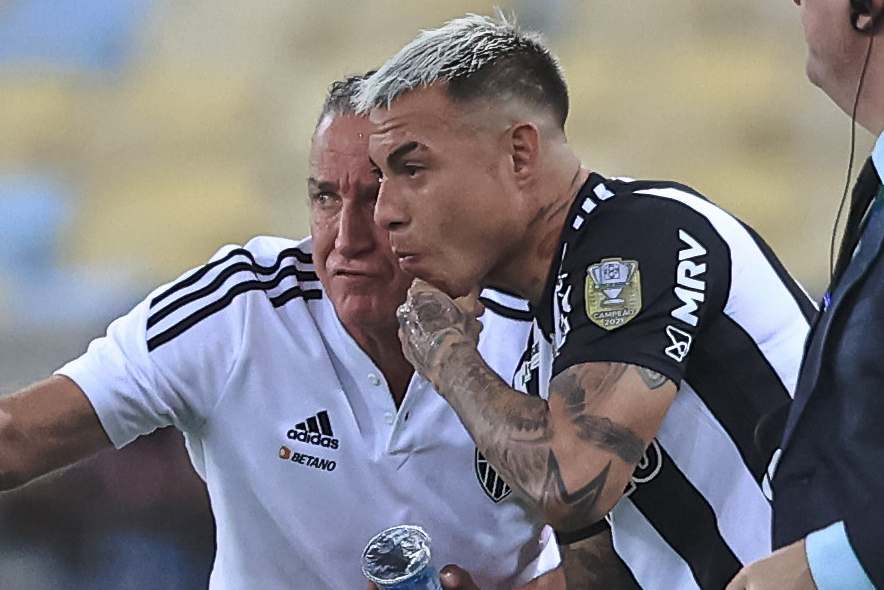 Atlético-MG fans make a list of departures with important names

The defeat of Atlético-MG to Flamengo by 1×0, yesterday (15), provoked a wave of comments from fans of Galo angry with the performance of the club in the season. And hoping for a change of scenery in 2023, some fans prepared a list of departures involving important names within the squad.

One of the characters that were most remembered by the blacksmiths of Minas Gerais was that of coach Cuca, hired in July of this year to put the club back on the path to the cups. However, what has since been recorded has been something completely different: in 15 matches, he has won just four, drawn five and lost six.

The fans also demanded the departure of another professional who does not enter the field, but who is influenced by the decisions he makes: Rodrigo Caetano, executive director of Atlético-MG. For the most angry fans, the manager “hires those who are not even fit to be a reserve” in the squad.

The list of players rejected by Galo aficionados is extensive and covers several positions. Names such as Ademir, Nathan Silva, Guga, Eduardo Vargas and Nathan were not spared on Atletico’s social media. “Look for a new club for you in 2023”, wrote a dissatisfied blacksmith.

With yesterday’s defeat (15), Atlético-MG lost once and for all the chances of being two-time champion of the Brasileirão Série A in 2022. The team is in seventh position in the table, just behind Fluminense and Athletico-PR and seven points away from Corinthians, first in the G-4.

Cuca, Ademir, Nathan Silva, Guga, Rodrigo Caetano, look for a new club for you in 2023.

I WANT RODRIGO CAETANO AWAY, GO TO THE GREMIO SOME DO GALO, AND VERY BAD JESUS, HE KEEPS SOME GUYS WHEN THEY HAVE TO FIRE, HE HIRERS WHO DOESN’T EVEN USE TO BE A RESERVE!