Fluminense beat Avaí 3-0 tonight (16), in Ressacada, for the 32nd round of the Brazilian Championship. The goals of the match were scored by Cano – who isolated himself again in the tournament’s top scorer -, David Braz and Martinelli.

This Saturday’s game was held behind closed doors for fans, as the Santa Catarina team was punished by the STJD (Superior Court of Sports Justice) for cutting the VAR cables in the duel against Atlético-GO, on October 1st.

With the victory, Flu ends the fast after three consecutive defeats, reaches 54 points and returns to G4 in fourth place. Diniz’s team is tied on points – but takes the advantage of having one more victory – with Corinthians, which dropped to fifth and has one less game after the match against Goiás, which would be held yesterday, being suspended by the STJD . Avaí, in turn, remains in the runner-up, with 28 points, and increasingly threatened with relegation.

Tricolor returns to the field next Sunday (23), at 4 pm, when they receive Botafogo in a classic at Maracanã. The day before, at 9 pm, Lisca’s team faces leader Palmeiras, at Allianz Parque.

Who did well: Yago Felipe and Arias

The midfielder won the position of striker Matheus Martins and played more advanced than usual. He took advantage of the chance given by Diniz and participated in the main offensive actions of Flu, including the goal scored by Cano, who took advantage of the rebound of a shot through his coverage. The Colombian provided two assists, the first for David Braz and the second for Martinelli.

Who was bad: Vladimir

The goalkeeper was ahead and missed the first goal of the Flu, which was greatly felt by Avaí in the match. He wasn’t to blame for the other two.

Fluminense opened the scoring in the 25th minute of the first half, with Cano, who took advantage of a rebound after Yago Felipe tried to cover Vladimir. At 40, David Braz scored the second for Tricolor with a header, after a corner kick by Arias. In the second half, Martinelli scored the third for the Flu, after a good collective move and another assistance from Arias, in the 17th minute.

On the third chance, he had L!

Before scoring the goal that opened the way for Fluminense to win, Cano wasted two clear opportunities: the first at the 5th minute, when he received a cross from the right and stopped in Vladimir’s defense, and the other at 17, when he dribbled the goalkeeper. , but missed the stride and couldn’t finish.

In the third chance, the Argentine did not forgive, saved and resumed the Brasileirão’s top scorer, now with 18 goals – he was tied with Pedro Raul, from Goiás, who has 17. This was the striker’s 36th goal of the season.

Scorer of the second goal of the Flu, David Braz was chosen by Diniz for the vacancy of the titular Nino, lacking for a muscular problem in the right leg, and managed to correspond. He took advantage of the corner taken by Arias to head in to extend it to Tricolor.

Diniz changed Flu tactically and strengthened the midfield for the game in Ressacada. He got it right. With the exception of a few scares in the first minutes, Tricolor didn’t take long to take control of the match. After opening the scoring, he remained in the attacking field and took advantage of the opponent’s fragility to hold the advantage and return to G4.

the game of avaí

Without the support of the fans, the team from Santa Catarina started with good chances created, almost opened the scoring, but felt the first goal of the Flu and could not present a reaction and return to the game. Leão da Ilha remains in a delicate situation in the Brasileirão.

As the game was held behind closed doors, it was possible to hear the screams — and demands — of Fernando Diniz to the team clearly in the broadcast. The coach, as usual, was very participative in communicating with his players.

What’s up, Lisa? Avaí loses the fifth in a row

Lisca started at Avaí with a victory over Atlético-MG, but after that he couldn’t make his team score any more. Since then, there have been five consecutive defeats, to São Paulo, Atlético-GO, Botafogo, Fortaleza and now Fluminense. The coach, who resigned from Santos to take over the Santa Catarina team, has a 16.6% success rate in command of Leão da Ilha.

Previous Chinese airline moves its Boeing 737 MAX and raises rumors around the world
Next 5G signal makes it mandatory to change the dish; Brazilians can receive a new antenna for FREE 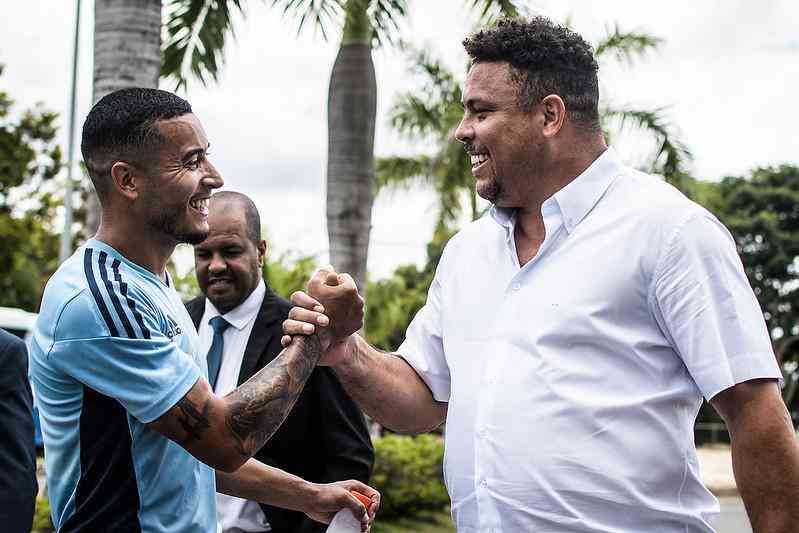