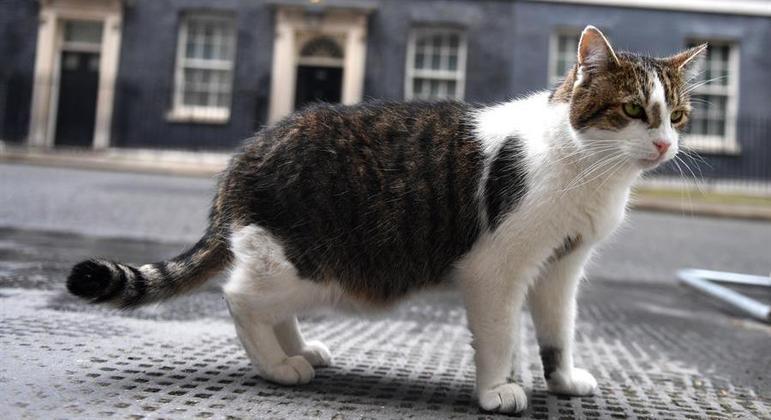 Larry, the cat “hired” as the British government’s official “rat hunter”, was recently caught fighting with a fox that was prowling the residence of British Prime Minister Liz Truss, at the famous address of 10 Downing Street, in London.

In the images, it is possible to see Larry calmly following the fox, until, at one point, the feline runs towards the animal, which quickly leaves the area. The fox even tries to go back, but gives up after Larry takes a few steps.


Since being adopted in 2011 by then-premier David Cameron, the feline has all but solved the rat problem on Downing Street.

He was a stray cat, and now lives in the residence. More than that, Larry was given the title of “rat hunter” by royalty. In the past, other cats have symbolically earned this title, but only Larry has officially received the honor.

In the residence, four prime ministers have passed since the feline started living there: David Cameron, between 2011 and 2016, Theresa May, between 2016 and 2019, Boris Johnson, between 2019 until September of this year, and, more recently, Liz Truss, who took office on September 6.

According to the cat’s biography, posted on the British government’s website, Larry “spends his days receiving houseguests, inspecting security defenses and testing old furniture for nap quality. Day-to-day responsibilities also include finding a solution for rat squatters in the house. Larry says this part is still in the tactical planning stage.