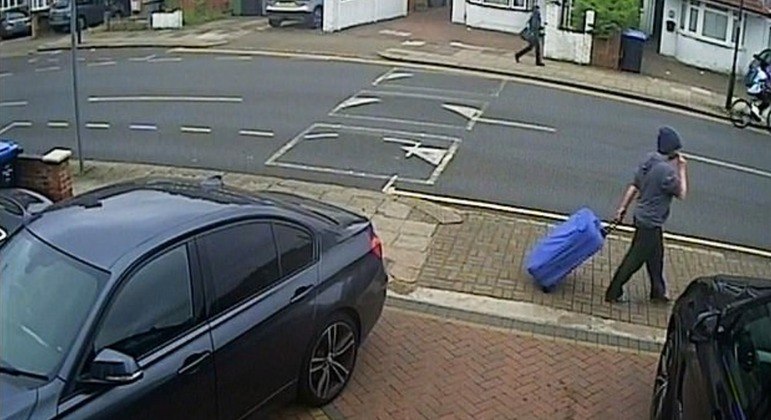 Briton beats retiree to death, cuts off her head and transports body in suitcase – News

Real estate developer Jemma Mitchell, 38, trained in body dissection, allegedly dragged a bulky suitcase that contained the body of retiree Mee Kuen Chong, 67, who she beat to death before decapitating her in a fight over money.

Jemma is accused of killing the victim at her home in Wembley, UK, on ​​June 11 last year, before driving over 200 miles to dump the headless corpse in Salcombe, Devon.

The pensioner was last seen on June 9, 2021. The victim’s body was found in a forest by a family on vacation with the head “cut off” from the rest of the body 10 meters away.

The two women had known each other since August 2020. The fight between them was sparked by a dispute over money to pay for repairs worth hundreds of thousands of pounds to Jemma’s home, who reportedly pressured Mee into giving her the money.

Street camera footage shows the property developer dragging a suitcase containing the victim’s body, along with a second suitcase, with financial documents, across London for two hours.

The court heard that Jemma entered Chaplin Road, where the retiree lived, with her suitcase apparently empty – before reappearing five hours later with the same bag, which appeared to be much heavier.

The blue suitcase was not seen again until June 26, 15 days later. That day, jurors were told that the suspect had rented a Volvo from Hertz and spread a white sheet in the trunk before scrambling to get the bag into the back of the car.

The vehicle was later seen on Bennett Road, a few meters from the spot where Mee’s body was found. The victim’s skull was only discovered in the undergrowth a few days later.

The suitcase was later recovered on top of Jemma’s neighbor’s shed, near the party fence in Brondesbury Park. In her front pocket was a bloodstained dish towel that bore traces of the retiree’s DNA, according to the court.

Jurors were also told that the real estate developer became the primary beneficiary of Mee’s will.

Jemma denies the murder and claims that the pensioner’s death had “absolutely nothing to do with her”. The trial continues.