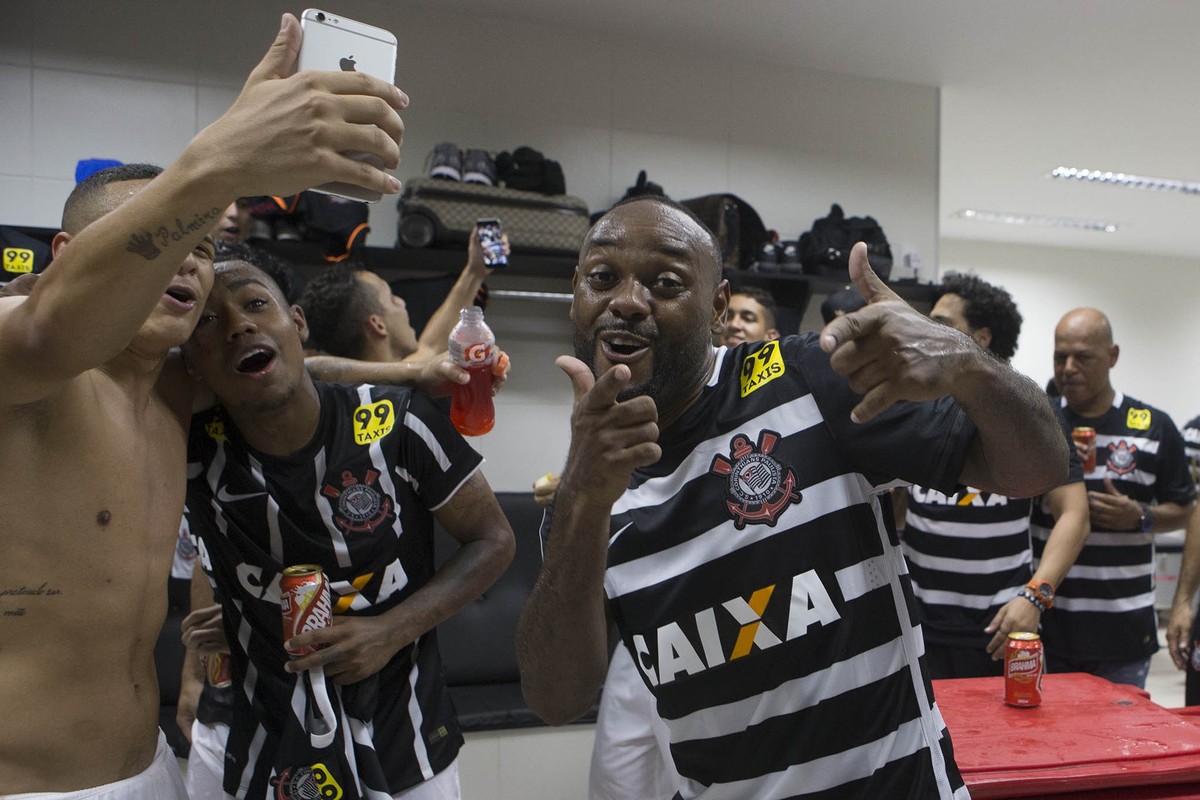 World champion at Maracanã in 2000 after going through the penalties against Vasco, Corinthians can lift a trophy again in the biggest stadium in Rio de Janeiro if they beat Flamengo next Wednesday, at 21:45 (GMT), in the big decision of the Brazil’s Cup.

The last cup won in Rio de Janeiro, however, less time ago: it was in 2015, in a team that had Cássio, Fagner, Gil and Renato Augusto. Clear leader of the Brasileirão, Timão only needed a draw by 1 to 1 against the same Vasco to be six-time champion in the 35th round.

The title party was big on the lawn and in the dressing room of the Vasco stadium, where a fridge full of beer awaited the players for the celebration. But it did not stop there.

Hosted in Copacabana, the players were first taken to Fratelli, a traditional Italian restaurant in Barra da Tijuca. There, they ate pizza and socialized with all the employees. Beer, wine and other beverages were open to the entire delegation.

Commander of that team, Tite also participated in the party and was even caught a little altered:

– I had two, three (caipirinhas)… I had a big one and a beer too, now I’m going to bed – said the coach to the ESPN report at the time, trying to keep his composure.

The party at Vagner Love’s house

From the restaurant, the players were taken by van to the home of the striker, who had scored the title goal. The party was attended by his wife and all of Love’s family, who was born and raised in the city.

About 80% of the cast and staff attended this celebration, which lasted until 6am. Others, younger, opted for a nightclub in the south of Rio de Janeiro.

Tite, who had gone to the hotel to change clothes and shower, also appeared at the celebration.

– Was pretty cool. Love had already signed us well before the game. He had confirmed: “It may come that we are going to be champions, the pagoda is confirmed”. So we arrived right after the game and Love and Elias were already there. Then a van pulled over and everyone arrived, Tite, the president (Roberto de Andrade), was in a good mood. Love and Elias sang, the crowd really enjoyed it – remembers João Victor Costa, musician from the group Aglomerou, who played at the party set up by Vagner Love. 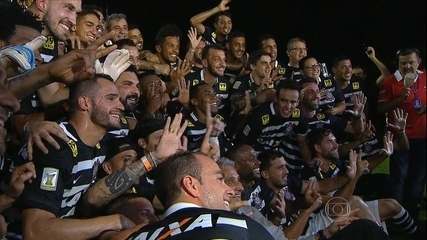 Corinthians draws 1-1 with Vasco and wins the sixth Brazilian championship.

Football director at the time, Eduardo Ferreira says that the only thing planned by the club was dinner. The attacker’s party was promoted by the attacker himself and had a lot of abundance.

– All the time food arrived, more drinks, the pagode group changed, there was a player jumping into the pool. Tite stayed for an hour or two and then left, I remember they made him a huge caipirinha. And there were some cars that took the players back to the hotel in Copacabana – remembers Edu.

Each in their own time, the players were returning to the hotel. “Virado”, a group formed by Ángel Romero, Uendel, Felipe and Cristian decided to walk on the beach as soon as dawn broke.

There, they were stopped by fans who were also turned. And they even gave interviews in the early hours of the morning.

Felipe and Romero facing the beach after the Corinthians title in 2015 — Photo: Personal archive

The return home and the 6 to 1 in São Paulo

The cast returned to São Paulo after lunch on Friday. At the door of the CT, thousands of fans welcomed the team’s bus, in a party that stopped traffic on the Ayrton Senna highway. Upon arrival at CT, Tite released the players from that day’s activities.

– When the team arrived, Tite told them: “Now, stay with your families and those you love, you are all free”. And canceled training. They only had to show up on Saturday – recalled press officer Dennis Ninzoli, who at the time worked at the club.

There was, however, one major concern. The cup delivery game would be on Sunday and against São Paulo. Nobody wanted a defeat for the rival to put water on Corinthians’ beer.

– We were afraid to take a dick from São Paulo. Half the group was completely unprepared for that game. There was no concentration, they had to perform at the CT on Sunday at 11 am. So Saturday night a lot of people went out. There was a player who arrived happy in the CT. It is still a joke among us that, even so, the team won by 6 to 1 – recalled the then director Eduardo Ferreira.

Previous Amber Heard Will Appeal Verdict Against Johnny Depp, They Can’t Settle In Court
Next Excuse me Han Solo, Cassian Andor is the best (anti) hero in the Galaxy