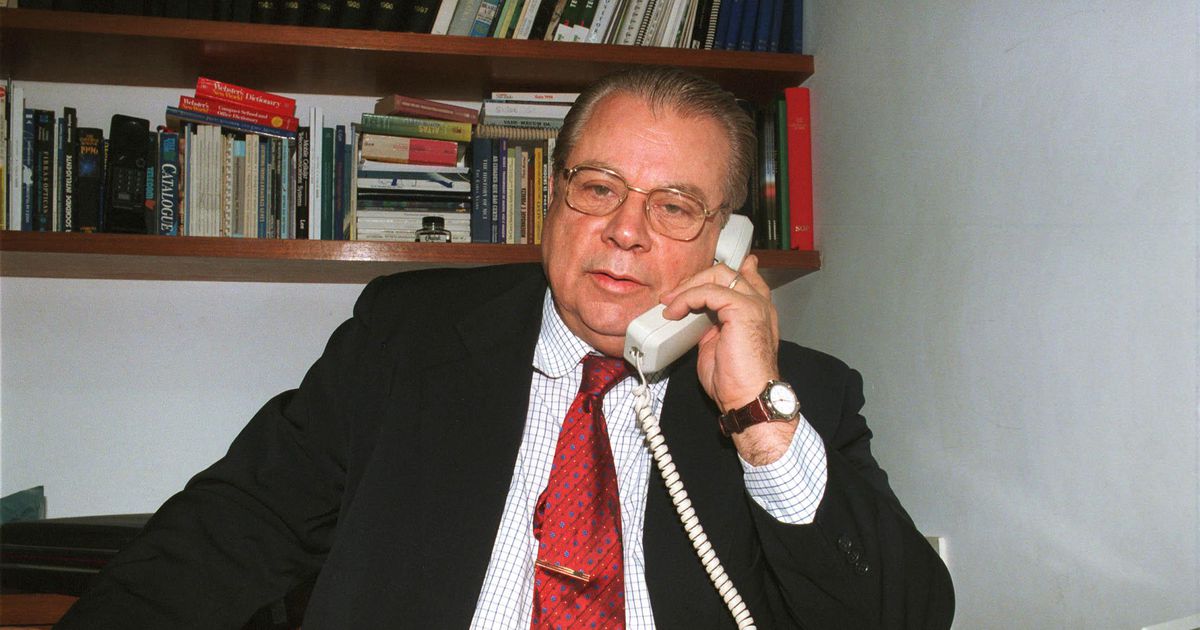 The father of tech journalism in Brazil is offline. At the age of 90, journalist Ethevaldo Siqueira, a pioneer of technological coverage in the country, died on the night of this Sunday, 16. He was hospitalized in São Paulo, at Oswaldo Cruz hospital, for the treatment of leukemia.

He leaves a wife, two children, five grandchildren and a great-granddaughter. The wake will be this Monday, 17, at 2 pm at Velório Samaritano (Rua Flávio Uchôa 998, Campos Elísio) and burial will be at Bom Pastor Cemetery at 4 pm (Avenida das Lágrimas, SN), both in Ribeirão Preto (SP).

Between 1967 and 2012, the São Paulo native from Monte Alto (SP) was on the pages and website of Estadão, where he held the positions of reporter, editor, special reporter, columnist and blogger. In the last four years, Ethevaldo resumed his partnership with State group with the column Mundo Digital on Rádio Eldorado FM – his last appearance was on october 14 (listen below).

Always looking to the future, Ethevaldo described the development of various technologies in Brazil and around the world. On February 15, 1993, more than two years before the commercial internet debut in Brazil, he wrote in Estadão: “The world is witnessing a new revolution in the world of information technology and telecommunications: the revolution in voice and data networks. It is the result of the increasing communication capacity of computers”. It was a sign that the digital world would change humanity forever.

With the growing importance of the theme in everyday life, Ethevaldo’s work paved the way for the existence of editorials and specialized vehicles – a legacy that Linkthe technology department of the Estadãostill loads today.

“Accounting for Ethevaldo’s pioneering spirit is difficult — he was already a reporter interested in technology coverage in the 1960s. No one in the Brazilian press saw the area as something that needed to be covered in a systematic way. Ethevaldo saw. When ‘computer journalism’ began to emerge, in the 1980s, Ethevaldo was already a veteran of two decades”, says the journalist and columnist for EstadãoPedro Doria.

When ‘computer journalism’ began to emerge in the 1980s, Ethevaldo was already a two-decade veteran

The ability to anticipate trends and translate technical and scientific aspects of technology earned Ethevaldo two “Esso Awards”. The first was in 1969 with the report “Here is São Paulo: Year 2000″, which showed how the capital of São Paulo was preparing for the new millennium. The second came nine years later, with the report “The electronic world of the 80s″.

As every technology journalist discovers during his career, Ethevaldo also had to keep one foot in the present. For much of his career, between the 1970s and 1990s, he devoted himself to covering the advance of telecommunications, including the political aspects of the subject, such as inclusion policies, sector regulation, commercial disputes, monopoly and privatization.

This made him one of the main authorities on the subject in the country. Thus, he founded and directed the magazines RNT (National Telecommunications Magazine (from 1979 to 2001) and TelePress Latin America (from 1991 to 2001). In addition, at least six of his books have dealt with the subject.

Demi Getschko, internet pioneer in Brazil and columnist for ‘Estadão’

Although he was already talking about consumer electronics in the 1970s, such as sound systems for vehicles, it was from the 2000s onwards that the journalist began to hunt for trends that would become popular in electronics over the next two decades.

In 2001, he spoke about the Bluetooth revolution on mobile devicesabout the possibility of electronics are voice-controlled (hello Alexa!) and about how chips with nanotransistors could turn cell phones into powerful computers.

In this last example, the report was published six years before the release of the first iPhone. Currently, the A16 bionic chip, in the iPhone 14 Pro, has four nanometer technology, which makes Ethevaldo’s prediction come true.

Even before the science and technology coverage approached, Ethevaldo also closely followed the development of the space race, visiting NASA’s Apollo and Space Shuttle programs, as well as covering space launches made by the Soviet Union and Russia. In 2019, he remembered the 50th anniversary of the conquest of the Moon.

Despite his extensive career, he did not lose his delicacy in dealing with young reporters, as Doria recalls: “In the newsroom he was always a friendly, always affable companion. He was an old-school reporter: formal, often still wearing a tie. But at the same time, capable of all the tricks to get into the Soviet Union and get to know its space program. He always had advice to give to us younger ones, and always with a delicacy that never really felt like advice.”

Getschko, on the other hand, highlights a talent outside of journalism. “My memory of Ethevaldo has a personal and cultural side, given that he played the violin and I was able to appreciate this important human and artistic side of him”, he says.

In the search for trends, the journalist covered in person some of the main technology events in the world, such as the CES, in the USA, and the IFA, in Germany. His books began to deal with the impact of technology on people’s lives. The last one, “To Understand the Digital World”, was published in 2008 and brought together columns made for the Estadão and for the radio CBNwhere he maintained the column Mundo Digital between 2006 and 2017.

Between 2005 and 2013, he was a special contributor to the magazines Look and Era. The work earned him the 2007 Comunique-se Award, in the Technology Journalist category.

In addition, he was professor of Information Technology and Telematics in the Journalism Course at the School of Communications and Arts of the University of São Paulo (ECA-USP), between 1986 and 1996. His connection with ECA was long-standing. In 1967, he studied journalism in the first class of college – the Estadão registered his approval in the course.

Interestingly, however, this is not the journalist’s earliest memory with the Estadão. on your bloghe told how his father, Bento Siqueira, met his mother, Mercedes, with the help of a classified ad in the newspaper – and celebrated the rescue of information thanks to the digital world.

When left the Estadão, in 2012, said he would not retire. Once again, his prediction proved correct. Recently, she has been dealing with highly futuristic topics in her columns, such as electric planes and advanced models of artificial intelligence for image generation, such as the DALL-E 2, one of the main topics of the year in the segment. In addition to the Rádio Eldorado column, he currently maintains the Mundo Digital website, with information and tips about the world of technology.