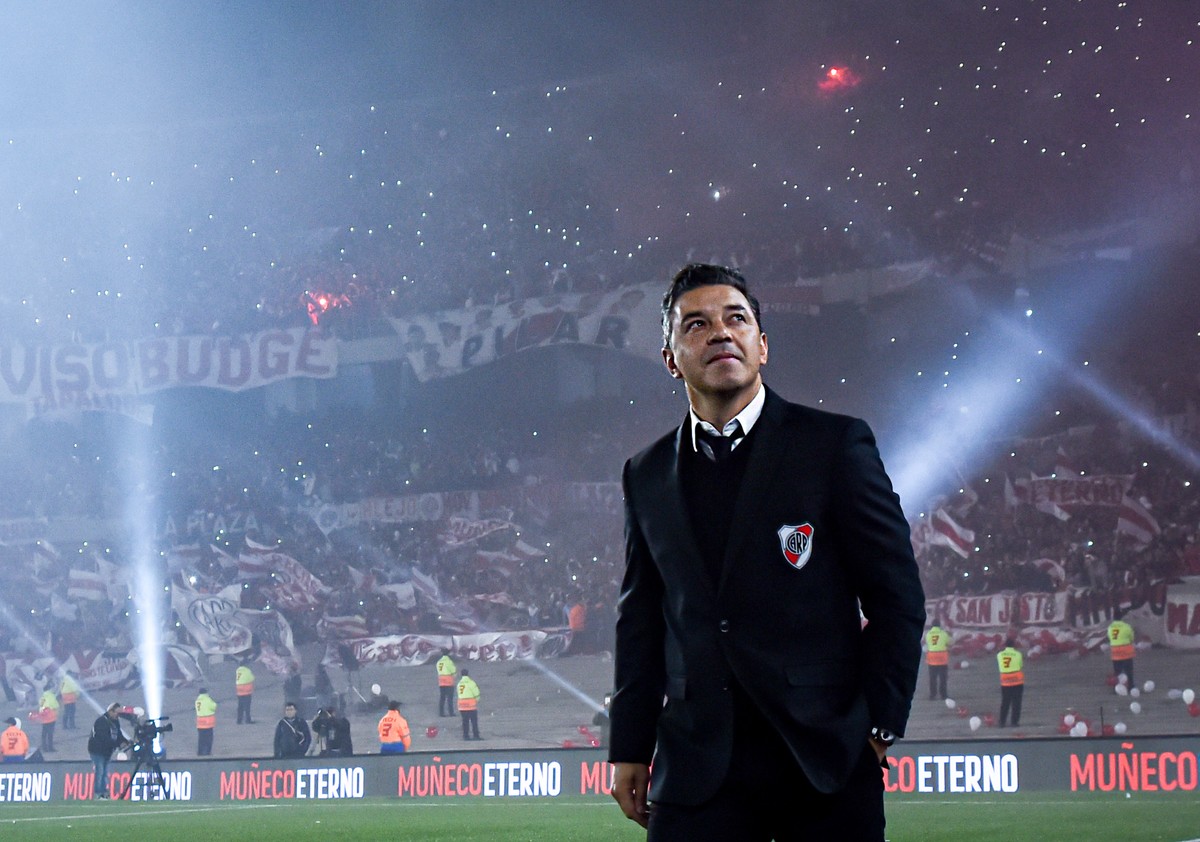 Marcelo Gallardo lived, this Sunday, another chapter of his farewell to River Plate. After having announced that he will not continue at the club next year, the Argentine coach received tributes last time in front of the Millonarios inside the Monumental de Núñez. The goodbye at home was bittersweet: the team lost to Rosario Central by 2 to 1, for the 26th round of the Argentine Championship.

+ Gallardo wants to go to the World Cup and focuses on European football for 2023
+ Gringolândia: Brazilian clubs and national team should go after Gallardo

At the end of the match, Gallardo received the applause of the fans and heard chants praising him. With the Millonarios shirt under his suit, he did not hide his emotion at the great deeds playing on the big screen at the Monumental de Núñez. The trophies won under his command were gathered in the central circle. And players also cried a lot for the coach’s farewell.

– I really am privileged. I never dreamed of living something like this in my life. And if I dreamed, it was something very much mine. And to be in this place right now, with a very big lump in my throat, afraid to express myself, it’s because this is too much. More than I thought I could have – said the coach.

Gallardo announced last Thursday that he will not renew his contract with River Plate, which expires in December.

With eight years in charge of the team, he became the most victorious coach in the history of the traditional club, with two Libertadores titles, one of the Copa Sudamericana, one edition of the Argentine Championship, three trophies of the Argentine Cup, among other achievements. .

– I just want to thank you because it’s the only thing to do. My bond with River, I think, goes back a lifetime. I have many memories, it was a long road. Thanks to you (fans), thanks to you who for more than eight years made me feel very special. Thank you for every honor as you enter this field, this stadium, thank you for giving me your heart. I will miss you very much. As I said, my bond is not a one-year contract, two or three or eight as happened, my bond with River is for life – Gallardo said.

Despite all the excitement for Gallardo, River Plate lost 2-1 to Rosario Central. Alejo Véliz scored both goals for the team led by Carlitos Tévez, and Matías Suárez scored for the hosts. The match had 19 minutes of added time in the second half, with Juan Quintero being sent off for pushing the referee.

The result ended River Plate’s title chances in the Argentine Championship. The Millonarios remain in fourth position, with 44 points. With only one game remaining, they are unable to reach Boca Juniors, leader with 48 points. Gallardo’s last commitment with the team will be against Racing, away from home, on October 23rd.

Thank you message to Marcelo Gallardo on the big screen of the Monumental de Núñez in River Plate x Rosario Central for the Argentine Championship — Photo: Marcelo Endelli/Getty Images

Previous With poop-shaped trophy, Spanish airline is elected the worst in the world
Next Why chimpanzees and gorillas become friends in the wild – 10/16/2022 – Science