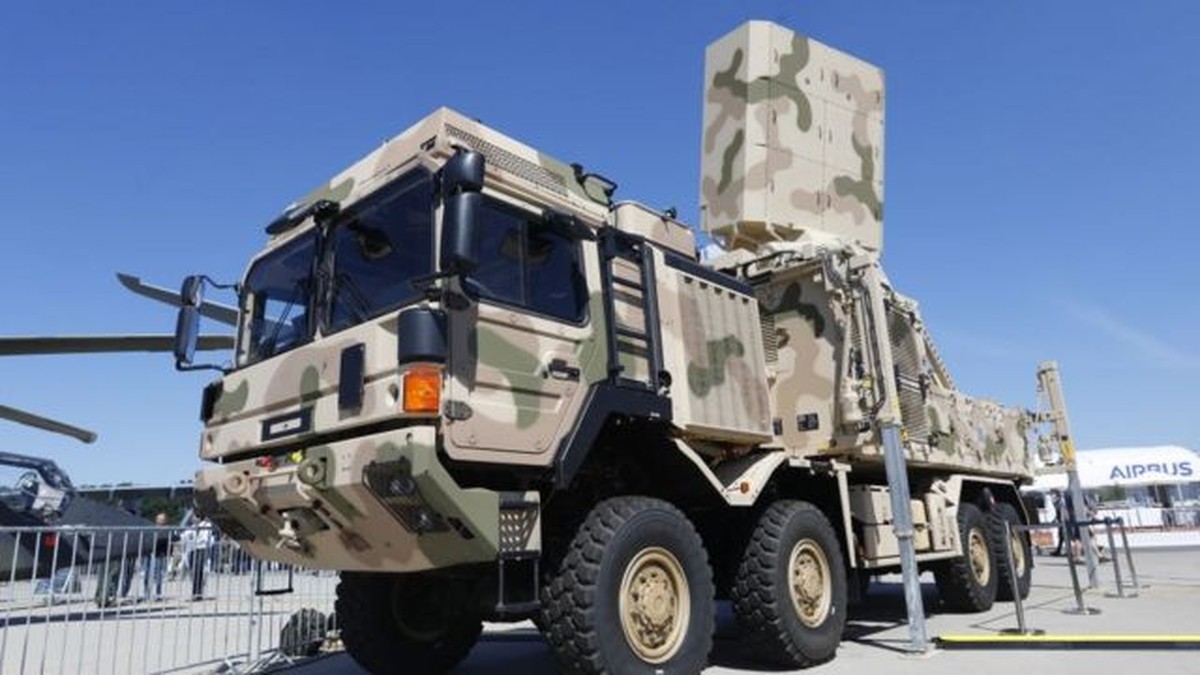 How IRIS-T, the air shield that Germany sent to Ukraine works | World

In recent days, terms such as those listed above have been used to classify the IRIS-T air defense system, a powerful anti-missile shield that Ukraine received from Germany this week.

The shipment comes after the Ukrainians asked their allies for more help after Russian bombing suffered in several cities, including Kiev, the capital.

After a meeting in Brussels, Belgium, 50 countries allied with Ukraine in the North Atlantic Treaty Organization (NATO) announced the deployment of advanced air defense systems.

Weapons promised by countries like the UK, Canada, France and the Netherlands include missiles and radar. Previously, the United States has made similar pledges.

But without a doubt, the high-tech system that Germany sent had the biggest impact, as it is one of the most advanced technologies in the world.

Germany has promised to ship four of these state-of-the-art defense systems, though Kiev initially has to wait until next year to receive the remaining three.

According to the German government, this weapon is the most modern air defense system in the country.

These equipments are used to protect the population, important buildings, objects and troops on the ground from attacks that come from the sky.

The IRIS-T multi-purpose radar vehicle during an exhibition in Berlin in June 2022. — Photo: Getty Images via BBC

The mid-range, high-altitude IRIS-T system is designed to protect a small town. It can shoot down planes, cruise missiles and drones.

The IRIS-T SL, the latest version, was tested “successfully” for the first time in 2014.

Diehl Defense, the German company that makes the equipment, claims that this system “is capable of providing continuous, long-term protection.”

“In combination with various radar and command systems, the IRIS-T offers the capabilities and benefits of an advanced air defense system,” adds the company.

According to the German newspaper Der Spiegel, the system “consists of three units: a launch pad mounted on a military truck with space for eight missiles, a radar vehicle and a command vehicle”.

“Anti-aircraft missiles can hit targets up to 20 kilometers high and 40 kilometers away,” the paper adds.

The BBC’s Russian service also points out that the system’s radar is very sensitive and allows it to easily detect cruise missiles flying at a low altitude. Additionally, he has the ability to simultaneously track and destroy multiple targets at once.

What does this weapon mean for Ukraine?

For months, Ukrainian President Volodymyr Zelensky has asked his allies for defense systems capable of creating an “air shield” for Ukraine.

Ukrainian military says IRIS-T would “protect the country against terror”.

In an interview with Deutsche Welle, Rafael Loss, a defense expert at the European Council on Foreign Relations, said these new systems “will significantly improve Ukraine’s defenses, although more units are needed.”

He warned that, for now, he does not believe this technology is the “definitive turnaround that some Ukrainians have heralded”, although it increases the chances that “fewer civilians and military targets will be hit”.

Zelensky himself said on 13 October that Ukraine currently has “10% of what it needs” in terms of air defense.

Ukraine still has old Soviet-era anti-aircraft missile systems, which are being modernized with supplies coming from the Allies.

Over the last eight months of the war, the Ukrainian military managed to hold off Russian forces quite successfully, according to the BBC’s Russian service.

During the massive attacks of October 10-11, for example, Ukrainian air defense shot down about 60% of Russian missiles.

There is no doubt that the German IRIS-T and the other weapons promised by NATO members will strengthen the Ukrainians’ ability to resist Russian attacks but, as experts and Zelensky himself say, they will continue to need more weapons.

– This text was published at https://www.bbc.com/portuguese/internacional-63276342