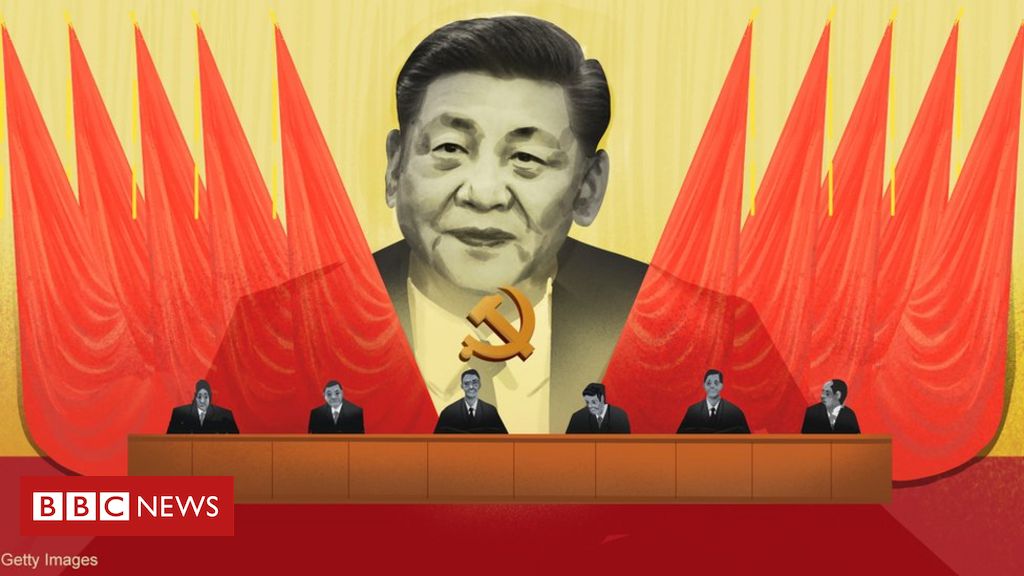 Few predicted that Xi Jinping would become China’s most powerful leader in decades — he is now on the cusp of a historic third term.

A decade ago, little was known about Xi — other than the fact that he was a “red prince,” as the descendants of prominent and influential Communist officials are called.

His lineage helped him gain the support of the party’s seniors, which was crucial in his ascending to power within the Chinese Communist Party (CCP), as these leaders often wielded political influence even after retirement.

“Before his rise, Xi Jinping was seen as someone who could make concessions to everyone,” says Joseph Fewsmith, an expert on elite Chinese politics at Boston University in the United States.

But 10 years later, Xi’s authority seems unquestioned and his power unparalleled. How did this happen?

The barrel of a gun

Mao Zedong, the founding father of communist China, once said that “political power comes from the barrel of a gun”.

After the establishment of the People’s Republic of China in 1949, Mao assured that it was the party, not the state, that controlled the People’s Liberation Army (PLA). Since then, the CCP leader has also been chairman of the Central Military Commission (CMC).

Xi was luckier than his predecessor, Hu Jintao, because he became the chairman of the CMC instantly — and wasted no time in eliminating opposition within the military. Hu Jintao had to wait nearly two years after assuming the presidency before he was finally elevated to the rank of leader of the military.

Under Xi, the most shocking episode took place in 2014 and 2015, when former CMC vice president Xu Caihou and former PLA general Guo Boxiong were accused of corruption.

“They were already retired when this happened, but Xi’s ability to hit them has reduced former Chinese leader Jiang Zemin’s influence on the PLA,” says Joel Wuthnow, a senior fellow at the US-funded National Defense University in the United States. Pentagon (US Department of Defense).

“It was also a powerful signal to current active-duty military officers that no one who resists Xi’s control is immune,” he adds.

In 2015, Xi also overhauled the structure of the Armed Forces. He abolished the four military headquarters—staff, politics, logistics, and armaments—and replaced them with 15 smaller agencies.

The new structure allows the CMC to issue orders directly to the various branches of the military — even extending to financial auditors, who now have to report directly to the CMC, adds Wuthnow.

Above all is the insistence on absolute loyalty to Xi — something that is often reiterated.

Last month, the People’s Liberation Army Gazette, the country’s official military newspaper, published an article emphasizing that the CMC is in overall command.

“The message helps neutralize any tendencies that may develop in the military to build loyalty to PLA leaders who might one day oppose Xi,” says Timothy Heath, senior international defense researcher at US think tank Rand.

“Party loyalty means that the PLA is expected to carry out any and all orders to keep the party, and Xi in particular, in power.”

But Xi’s perpetuation in power could never have happened without the control of the internal security apparatus.

Two years after he became president, authorities confirmed the arrest of a “tiger”, former internal security chief Zhou Yongkang, for corruption. He was closely linked to Bo Xilai, another “red prince” who was Xi’s rival.

The investigation caused a political earthquake, as it broke the unspoken rule that members of the Politburo Standing Committee, the CCP’s most powerful decision-making body, would not be subject to criminal punishment.

“Xi Jinping turned out to be a relentlessly brilliant politician who patiently rose through the system before seizing his moment to govern,” says Neil Thomas, a senior China analyst at US-based political consultancy Eurasia Group.

“Communist party veterans who supported Xi’s rise were likely surprised by the speed and scale of his takeover.”

Observers argue that Xi’s anti-corruption campaign is also used to remove his political rivals and other factions within the party.

In the last decade, more than 4.7 million people have been investigated by anti-corruption authorities.

“Over the past two years, Xi has purged even more officials who supported his rise to power early on,” says Victor Shih, a political scientist at the University of California, San Diego.

“Now security agencies are run almost exclusively by officials who have shared a backstory with Xi and whom he presumably trusts.”

Xi has placed his supporters in key regional positions, such as party secretaries in key cities such as Beijing, Shanghai and Chongqing.

These positions are important because they are responsible for “interpreting and implementing core guidelines in locations with millions of people,” says Thomas.

At least 24 of the 31 provincial-level party secretaries are political associates of Xi, having met his family, studied with him, worked with him or for one of his close allies, explains Thomas.

Meanwhile, nearly all of the 281 members of the provincial standing committees were appointed by Xi, according to data compiled by Wu Guoguang, a professor of politics at the University of Victoria in Canada.

In 2018, “Xi Jinping Thought on Socialism with Chinese Characteristics for a New Era” was enshrined in China’s Constitution.

It might sound a bit far-fetched, but having an ideology named after him was something that cemented his legacy.

Before Xi, only Chairman Mao achieved such a feat. Even Deng Xiaoping, known as the architect of China’s modernization, had only one “theory” to his name, while Xi’s immediate predecessors Jiang Zemin and Hu Jintao had no thought or theory attached to their names.

Exactly what Xi Jinping’s thinking means is debatable, but that’s not the point, analysts say — it’s a power move.

“Xi’s thinking is primarily aimed at strengthening Xi’s own legitimacy and power above anyone else in the CCP and the country. It is part of a new personality cult that links Xi not just to Mao, but to China’s most glorious and well-known emperors. past successes,” says Jean-Pierre Cabestan, Emeritus Professor of Political Science at Baptist University of Hong Kong.

Dozens of universities and institutions, including the prestigious Peking University and Tsinghua University, have set up research centers under Xi’s names, according to the Hong Kong newspaper Ming Pao.

In August, the Ministry of Education released a plan to promote Xi Jinping thinking in the national curriculum.

In 2019, a mobile app called Xuexi Qiangguo — literally translated as “Learn from Xi, Strengthen the Country” — which includes quizzes on Xi Jinping’s thinking, was launched.

Xi believes he “has the right ideology and everyone should accept it,” says Andrew Nathan, a professor of political science at Columbia University.

“Whenever Mao took a political stand, everyone else had to line up, and that goes for Xi too.”