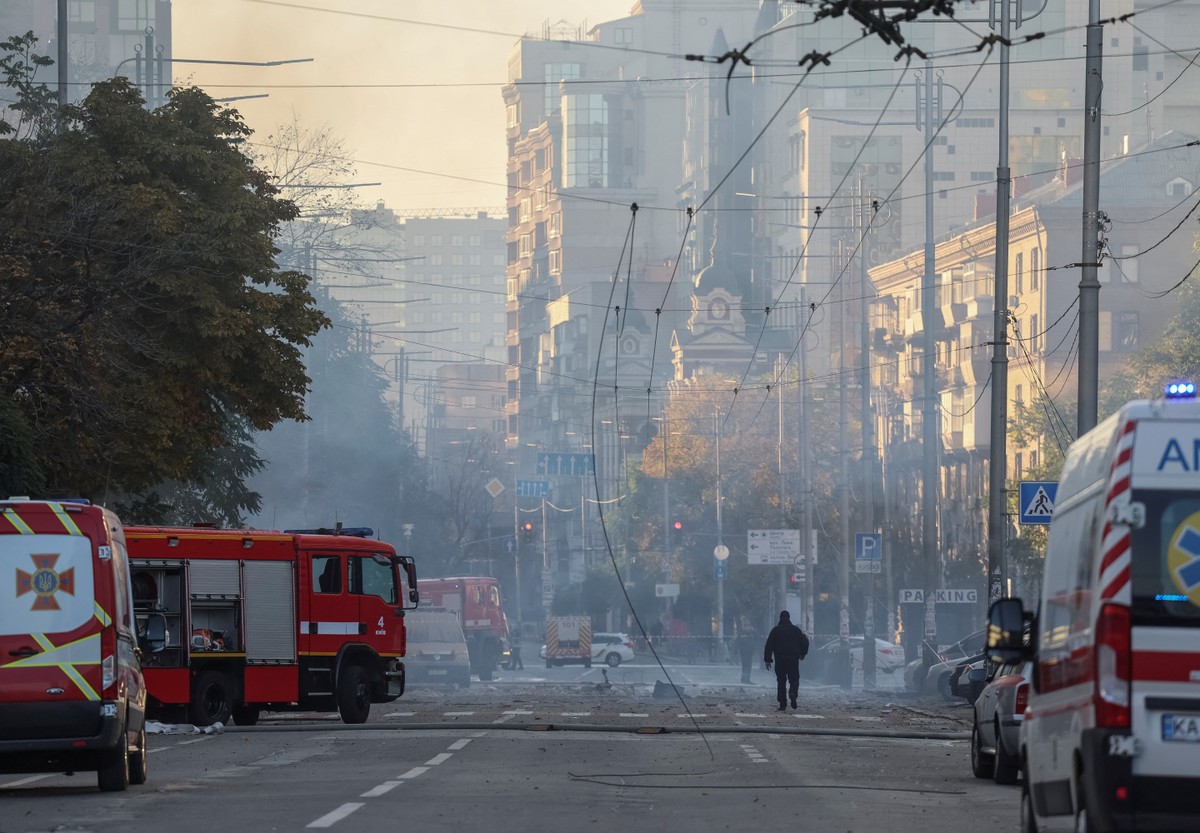 Russian drones hit buildings near a central railway station in Kiev during an attack early on Monday that caused several fires and damaged residential blocks.

Vitali Klitschko, the city’s mayor, said one person had died, exactly a week after Russian missiles struck Kiev in the morning in the heaviest attack on the Ukrainian capital since the early days of Russia’s invasion.

A Reuters reporter saw pieces of a drone used in the attack that bore the words: “For Belgorod”.

Building on fire after Russian attacks in the city of Kiev on October 17, 2022 — Photo: Gleb Garanich/REUTERS

The governor of Russia’s Belgorod region, near the Ukrainian border, has accused Ukrainian forces of repeatedly bombing the region. At the time, gunmen killed 11 people at a military training camp in the Belgorod region on Saturday.

Kiev’s city administration said after the first wave of blasts that “critical infrastructure” was under attack.

The Shevchenkivskyi district, a bustling hub with universities, student bars and restaurants, had also been hit a week earlier.

Ukrainian forces mobilized on the streets of Kiev on October 17, 2022 — Photo: Gleb Garanich/REUTERS

Members of Ukrainian President Volodymyr Zelenky’s committee said the attack was carried out by kamikaze drones.

Ukraine has reported a series of Russian attacks with Iranian-made Shahed-136 drones in recent weeks. Iran denies supplying the drones to Russia, while the Kremlin has not commented.

Russia denies attacking civilians in what it calls a “special military operation” in Ukraine.

Previous Cine Metha Glauber repeats ‘A Mulher Rei’ in this Sunday’s matinee
Next Pattinson matures as much as Nolan; understand!