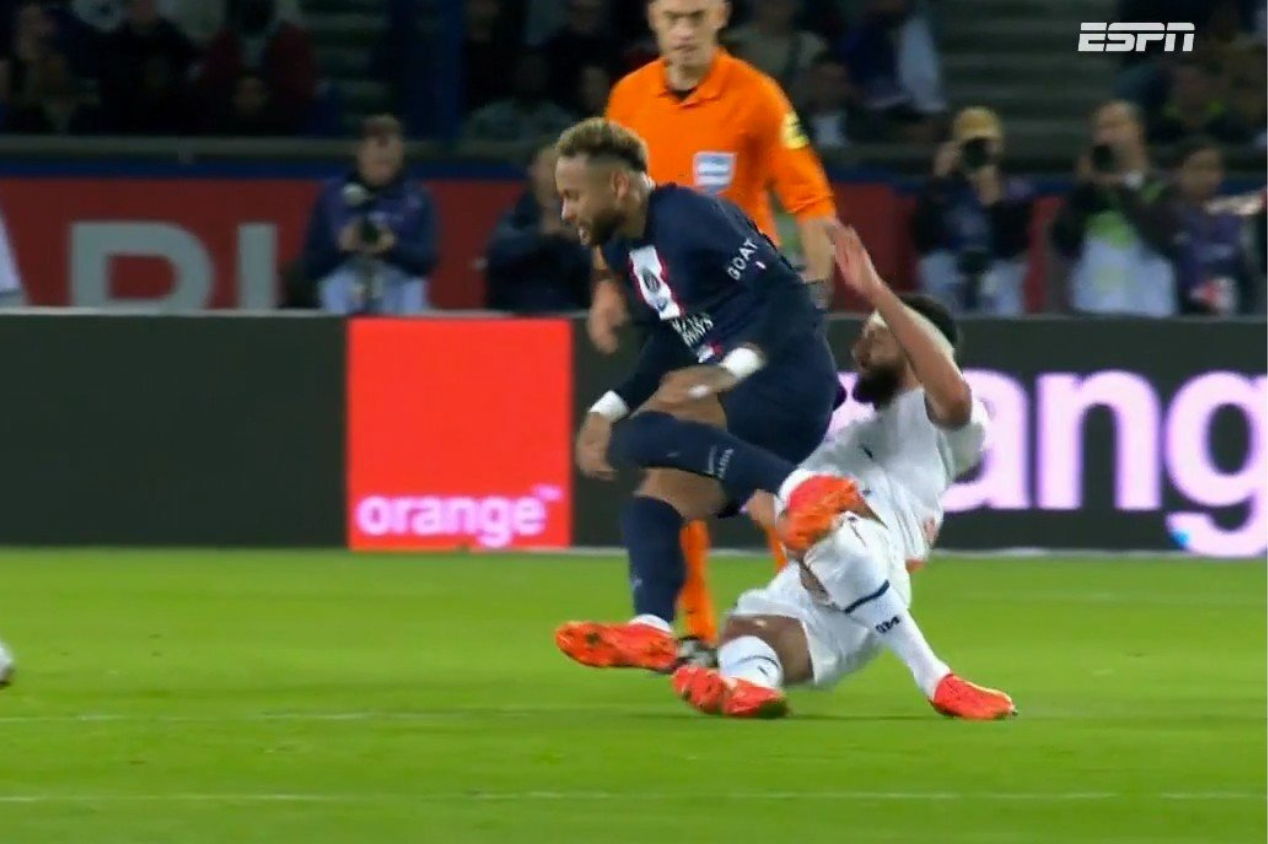 This Sunday (16), Neymar suffered a hard foul during PSG’s game against Olympique de Marseille, in Ligue 1, at Parc des Princes. The Brazilian took a strong tackle in midfield, in a move that did not represent a clear chance of scoring; watch the worrying move:

Despite the violent move, Neymar continued the game without problems. Samuel Gigot got a straight red card and was sent off from the match. The number 10 scored a goal in the first half of the match and went on to have good bids for PSG, which they won 1-0.

Journalist Marcelo Courrege analyzed the move: “Car sideways, violent, far from the goal, unnecessary, from Gigot on Neymar… Direct red card and confusion. The Brazilian is eating the ball in the 2nd half. He’s a number 10, midfielder, very midfielder… And he knows how to do the job by going in the defensive midfield to make an exit and appearing in the area”, he said.

Fans on social media revolted at the move and saw it as “evil” by the Olympique player.

Close to the World Cup in Qatar, bids like this are worrying. Anyone who gets injured from now on will have little time to recover. Richarlison, in Tottenham’s victory against Everton, suffered an injury and is awaiting medical evaluation.

“It’s hard to tell the fans ‘you need to change some things’, it’s up to the players to just put in the effort and have that awareness. Then to be booed, insulted with virulent banners, that hurts. It leaves marks, especially when playing with this club’s shirt. Neymar was targeted and still is. We get the impression that he doesn’t want to go see the fans. It is up to him to make the effort, to make his self-criticism. When he (Neymar) does not reflect the image of a player who loves this club, who is proud to wear his colors, fans turn up their noses.”