An extratropical cyclone of unusual and potentially record strength is now recorded in Antarctica. The violent storm with very rare atmospheric pressure values ​​for a cyclone anywhere on the planet occurs over the Amundesen Sea, in West Antarctica and Southwest of the Antarctic Peninsula, therefore in the sector of the icy continent facing South America.

The cold front associated with this very powerful cyclone could be seen in satellite images moving northwards and reaching the extreme south of South America, the Magellanic region in Chile and the province of Tierra del Fuego in Argentina, but no extreme phenomena in the area and no alerts from the Argentine and Chilean meteorological services.

A University of Wisconsin weather station located on Thurston Island, West Antarctica, at 225 meters altitude, recorded atmospheric pressure early Monday of 888.8 hPa and a sea level pressure of about 915 hPa. .

Considering that the station was far from the center of the cyclone, the minimum pressure at the center of the extratropical cyclone was probably less than 900 hPa, which is extremely rare anywhere in the world. The final data may indicate a record breaking of the lowest pressure in Antarctica from 1993.

Thurston Island, where the station is located, is an ice-covered island 215 kilometers long and 90 kilometers wide and 15,700 km2 in area, situated a short distance from the northwest end of Ellsworth Land in Antarctica. It is the third largest island in Antarctica, after Alexander Island and Berkner Island.

The advection of hot and humid air by the extratropical cyclone on its western flank brought high temperatures in the last hours in several meteorological stations located in the Antarctic Peninsula with values ​​above 0ºC in several points. 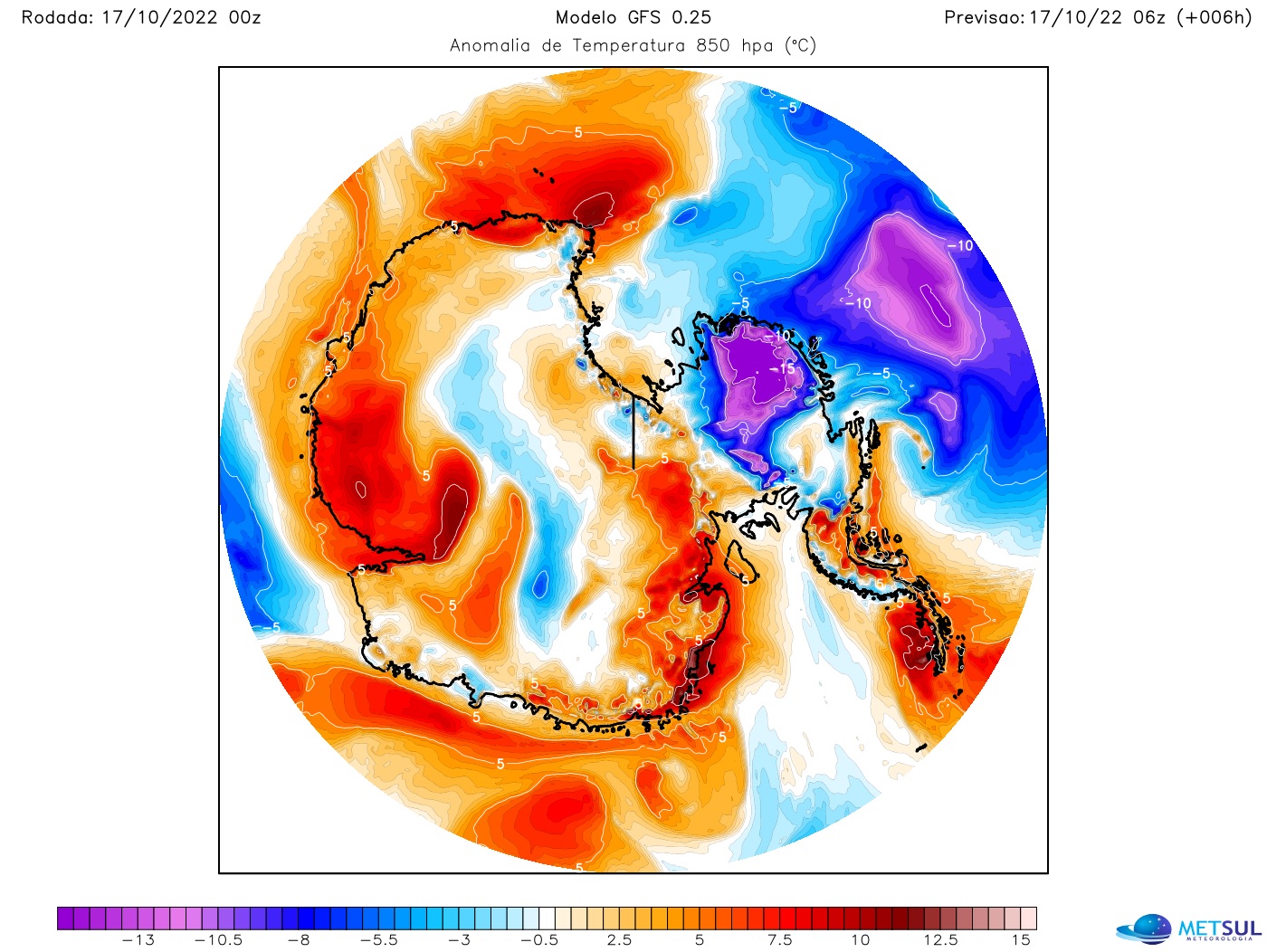 To give you an idea of ​​how rare pressure is below 900 hpPa, the record for the lowest pressure in a cyclone belongs to the October 1979 super typhoon Tip in the Western Pacific with 870 hPa. In the North Atlantic, the hurricane with the lowest central atmospheric pressure to date was Wilma with 882 hPa in the Gulf of Mexico in October 2005.

The cyclone, though violent, will not have a direct impact on Brazil’s weather. It is far south of the extreme south of the continent, in the region next to the Antarctic continent, and the tendency is that its central pressure starts to rise, soon weakening. In addition, there are two major centers of high pressure, one on the coast of Chile and the other on the coast of Argentina, which are determining the southernmost weather in America.