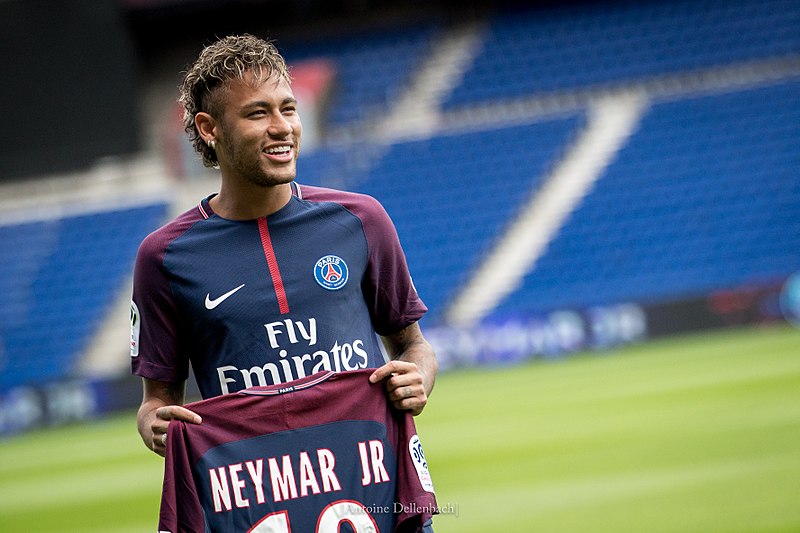 On the eve of the World Cup, Neymar is about to sit in the dock of a Spanish court, facing even a prison sentence.

This Monday (17th), the trial of a lawsuit filed by Delcir Probea Brazilian retail magnate who also acts as an investor in the world of football.

At 74, the owner of the Rio Grande do Sul supermarket chain probe considers that he was deceived by Neymar, in whom he invested in the beginning of his career.

Now, the businessman is seeking at least $35 million in reparations, as well as prison sentences for Neymar, his parents and a number of executives involved in the player’s sale to Barcelona.

Despite the large sum, however, Delcir Sonda claims that the issue is not the money, but the search for the truth in the case. A long report by The New York Times published this Sunday (16) tells the story of the businessman’s squabble with Neymar and his family – for those who read well in English, in fact, the text is very worthwhile.

In addition to supermarket retail, Delcir Sonda also invests in soccer players through the company DIS, which he founded together with his brother Idi. Diversification was also a way the entrepreneur found to combine business with one of his passions.

Sonda saw Neymar play in São Vicente, on the coast of São Paulo, long before the player was discovered by Santos, and knew immediately that one day the boy would be a star. Years later, the businessman had the opportunity to place a bet on the young football prodigy.

It was 2009, and Santos was looking for a way to keep Neymar at the club, afraid of losing him to a European team. The arrangement found was to offer Neymar control of 40% of his economic rights. Sonda then offered the player and his family R$ 5 million – at the time, the equivalent of about US$ 2 million – for the slice.

The negotiation was not easy, but Neymar and his father ended up signing the contract. The investment was followed by years of coexistence between the businessman, the player and his family, but the climate began to sour when the athlete began to be harassed by other agents and clubs.

At the time, says Sonda, he began to be pressured by Neymar’s father to sell back his son’s economic rights. Neymar, the father, even offered 8 million euros for the slice that the businessman held.

Looking at reports that claimed European teams were willing to pay up to €70m for the player, Sonda was unwilling to give in to pressure.

However, Santos ended up granting Neymar senior a letter that gave him the right to negotiate his son’s transfer price with other clubs.

From these negotiations came an agreement with Barcelona that Sonda and Santos were unaware of for years, in which the Catalan club agreed to pay 10 million euros to Neymar’s parents and a further 30 million euros when the player signs with the team at the end of his term. contract with Santos in 2013.

DIS even got in touch with Barcelona to find out if the rumors about its deal with Neymar were true, but the club denied it.

In 2013, Santos agreed to sell Neymar’s rights to Barcelona for €17.1 million. But the Spanish Justice suspects that the value of the player’s transfer has, in fact, exceeded 80 million euros, spread across different contracts.

In any case, the issue is that the amount received by Sonda at the end of the deal did not include payments made “outside”. In the end, DIS was left with only 6.8 million euros, and now the businessman is willing to go after what he believes is his right.

The New York Times report tried to contact Barcelona and Neymar’s lawyers, but got no response. The defense, however, alleges that the Spanish court does not have jurisdiction to hear the case, since the negotiation took place in Brazil, between Brazilians.

In a preliminary hearing in Madrid, in 2016, Neymar even claimed that he did not know Sonda, which, according to the businessman, hurt, remembering that both had a close relationship.

Also according to the report, Barcelona tried to resolve the dispute and enter into an agreement with Sonda over the years, but the businessman refused. “I could have taken their money, but that’s not important. I need to know what happened,” he told the NYT.

Neymar must appear in court at least on the first day. Regarding the fact that the trial is taking place on the eve of the World Cup, Delcir Sonda said that he is not responsible for deciding the time for justice and added: “I don’t think they [a Seleção Brasileira] will miss Neymar. If he were Pele, it would be a problem. But he is not Pele.”

Want to stay on top of everything that happens in the financial market?

By clicking on the button, you authorize Seu Dinheiro to use the data provided to forward informative and advertising content.