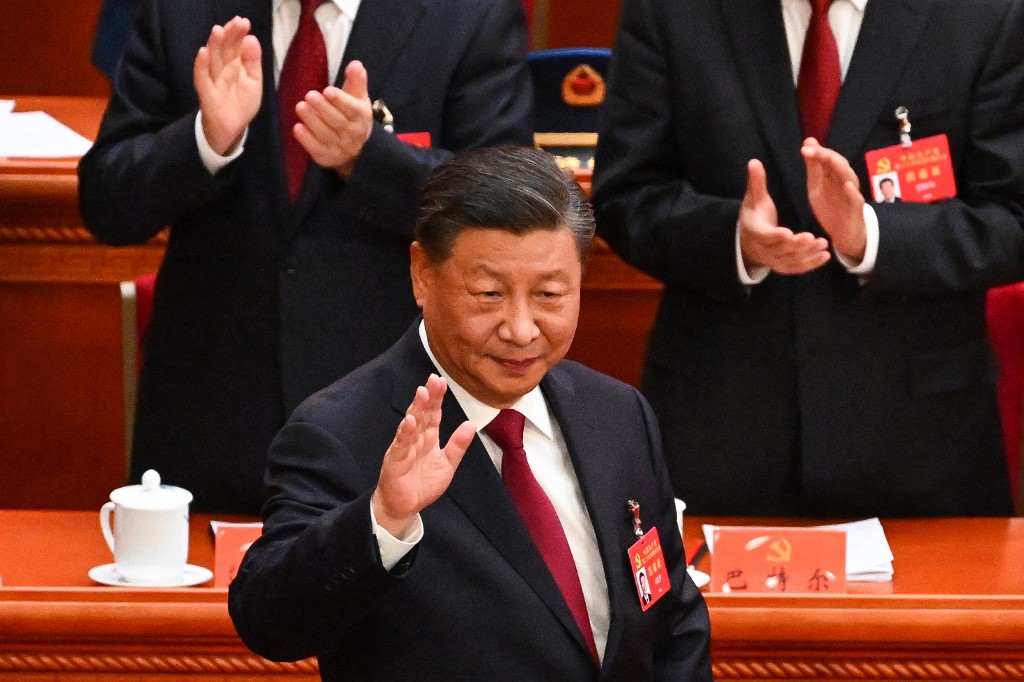 In a speech, the Chinese president also praised his anti-corruption campaign, seen by some critics as a tool to eliminate domestic rivals and consolidate his power.

the chinese president Xi Jinping spoke this Sunday, 16, at the opening of the 20th Congress of the Communist Party of China (PCC) and denounced the interference of “external forces” in Taiwan, warning that “it will never renounce the use of force” to reunite it. “We will try to pursue the prospect of peaceful reunification with the greatest sincerity and the greatest efforts, but we will never commit to abandoning the use of force,” she assured. Cheered on his arrival, Xi spoke for more than an hour and a half. In his speech, he praised his handling of the pandemic, with a restrictive “covid zero” policy still in place despite its economic impact. He also defended his handling of two very sensitive issues for Beijing: the pro-democracy protests and the subsequent crackdown in Hong Kong, which, in his opinion, went “from chaos to governance”. If all goes according to plan, the 69-year-old is expected to be ratified as CPC general secretary within a week, a prelude to his re-election next year as China’s president. He thus consolidates himself as the most powerful leader since Mao Zedong. The party congress comes “at a critical time, when the entire party and the population of all ethnic groups embark on a new journey to build a modernized socialist country,” Xi told the nearly 2,300 delegates gathered at the Great Hall of the People in Beijing. Beijing. Xi even called for “unity” at the congress, as well as defending his anti-corruption policy. “Unity is strength, and victory requires unity,” he added. Under delegates, Xi also stressed that “China’s international influence, attractiveness and ability to shape the world have increased significantly.”

The five-year congress takes place in the Great Hall of the People on Tiananmen Square in Beijing, amid strong security measures and under a strict “covid zero” protocol. The maintenance, or not, of this policy was one of the questions that surrounded the conclave in face of the daily and economic problems caused by it. Despite this, Xi has staunchly defended this strategy, which he said put “the people and their lives first.” China “has protected safety and health at the highest level and achieved significant positive results by coordinating epidemic control and prevention with economic and social development,” he said. The near isolation that China imposes on the rest of the world and the repeated confinements have stifled the growth of its economy. This year, its performance could be the lowest it’s been in four decades, with the exception of 2020. Fatigue is starting to take its toll in some neighborhoods. This week, the unease came to a head with an unusual protest in the capital, in which a man hung two critical placards on a bridge. In one, he called for the overthrow of “traitorous dictator Xi Jinping”.

Xi hailed what he called the transition “from chaos to governance” in Hong Kong, the scene of major pro-democracy demonstrations in 2019. To restore calm to this autonomous territory, Beijing imposed a controversial national security law in 2020, denounced by several western countries as “liberticide”. President Xi also criticized interference by “external forces” in Taiwan, which Beijing considers an integral part of its territory. China advocates a peaceful reunification of this island of 23 million people, he stressed, warning, however, that Beijing “will never renounce the use of force” if necessary.

In his speech, Xi also praised his anti-corruption campaign, seen by some critics as a tool to eliminate internal rivals and consolidate his power. “The fight against corruption achieved an overwhelming victory and was consolidated, exhaustively, eliminating serious latent dangers within the party, the State and the Army”, he stressed. According to official figures, at least 1.5 million people have been punished for this campaign launched by Xi when he came to power in 2012. Although his speech mainly focused on domestic politics, Xi said China “totally opposes any form of hegemony” and “opposes the Cold War mentality”. He made no mention of tensions with the United States, or the war in Ukraine. And for the next term, the president of one of the most polluting countries on the planet has promised to “actively promote” the fight against climate change.

“Xi wants to continue his own story,” says Alfred Wu Muluan, an associate professor of public policy at the National University of Singapore, who believes the Chinese president “wants a fourth and a fifth term” far beyond 2027. national security as the country’s number one priority, so there will be no compromise on that plan, whether in the South China Sea, Taiwan, or Hong Kong,” adds Muluan. “On the international level, it will be very tough,” he added. In this congress, choreographed in detail and held largely behind closed doors, the 2,296 participants will also nominate the approximately 200 members of the Central Committee. These members will, in turn, designate the 25 members of the Politburo and those who will form the powerful Standing Committee, the highest decision-making body in the country. The outcome of the congress should be known on October 23, the day after it ends, although decisions have already been taken by the different factions of the party.