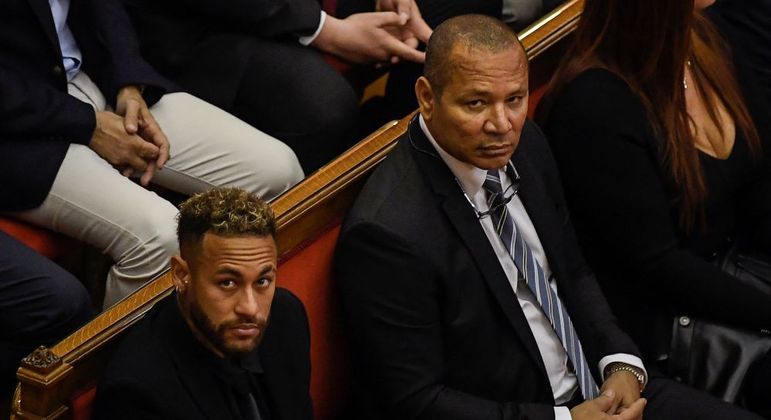 Alienation and love for Barcelona. Neymar’s defense strategy. In the dock, he confirms. ‘I sign what my father says’ – Prisma

This was the strategy of Neymar’s defense, in his first testimony to the court of justice in Barcelona, ​​involving the serious accusation of corruption and fraud.

The DIS group wants to prove that they were deceived in the player’s move to Barcelona. The group had 40% of the attacker’s rights when the transaction was closed. Santo announced that he received only 17 million euros, currently R$ 88 million. By DIS the amount was, in fact, R$ 425 million.

Real Madrid president Florentino Perez confirmed today that he had offered Santos 40 million euros, currently R$207 million. That is, more than double what the club announced that it had accepted from Barcelona.

In 2017, Messi and his father were accused of having defrauded the Spanish tax authorities of 4.1 million euros, currently R$20 million. The penalty requested by the Public Ministry was 21 months in prison. It became a fine of 252 thousand euros, currently R$ 1.3 million.

Messi was also tried in Barcelona, ​​where Neymar is having to explain himself.

In fact, his lawyers asked and he showed his love for the Catalan club. Very important situation in the extreme eternal rivalry between Barcelona and Madrid.

“I knew about rumors from other clubs, but my dream was to sign for Barça and in 2013 I decided to go to Barça and leave Santos.

“I had options from many clubs, but my dream was always to play for Barça, since I was a child I wanted to play there and I always follow my heart.

“I remember I had Real Madrid to go to and I don’t remember others. At the last moment it was Madrid or Barça, but my heart made me go to Barça.”

The strategy is more than open.

Blaming all the blame on Neymar Sr.

And enter into financial agreement in relation to the DIS group.

But the strain on Neymar’s image in Europe only increases.

The nebulous process of his departure from Santos to Barcelona continues to be heavily criticized.

It is expected that Neymar will return to give other clarifications to the court in Barcelona.

For now, the defense’s strategy couldn’t be clearer.

To show him as an alienated, infantilized, without responsibility for important career decisions, involving money.

And his love for Barcelona.

From where he left through the back door, to earn more money and be a protagonist in Paris Saint-Germain.


With Benzema, France will have two Ballon d’Or winners at the World Cup

Previous Olivia Wilde and Jason Sudeikis, enemies since split, team up against nanny who made intimate revelations about them – Monet
Next Ranking shows the fastest mobile operators in Brazil | Telephony